On the occasion of the celebrations for the centenary of Federico Fellini’s birth, the Italian Cultural Institute of Seoul organized ” Retrospettiva Fellini “, a retrospective on the great director’s work..

The retrospective was successfully opened on July 29th, in the presence of the director of the Italian Cultural Institute in Seoul, Paola Ciccolella, and Professor Kim Song Wook, artistic director of Cinematheque Seoul Art Cinema. Despite the limitations of physical distance, even in the Korean capital it was possible to celebrate the Master from Rimini: for the retrospective, included in the 2020 summer festival of the Cinematheque Seoul Art Cinema, five of his films directed with English and Korean subtitles were shown.

The festival opened with the film Intervista, followed by Orchestra Rehearsal, I Vitelloni and Otto e 1/2 – which was sold out – and ended on Sunday 2nd August with Juliet of the Spirits.

It was an extraordinary opportunity for Korean audiences, especially the younger ones, to watch five films by the great director on the big screen; each of the five films represents an era in the history of cinema and the history of Italy. 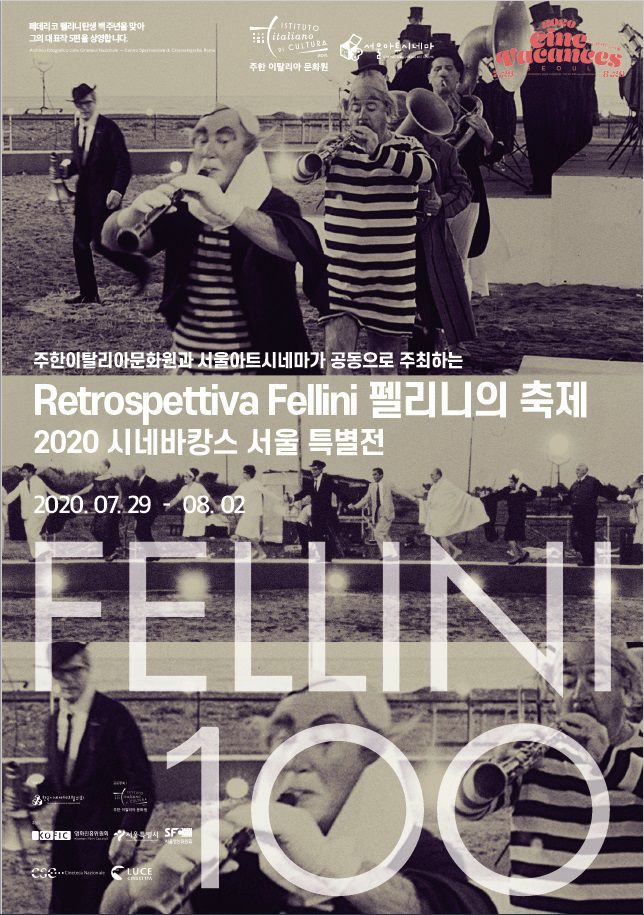 The Italian Cultural Institute in Sydney presents a retrospective dedicated to the great director Federico...

The Italian Cultural Institute in Hong Kong wanted to celebrate the centenary of Federico Fellini's...

This year too, the eighth edition of the “Venice at Seoul” film event, organised by...