Project with UniNettuno University’s CAST Research Centre presented at the Italian Embassy to the Holy See.

Preserving and enhancing the photographic video documents of the Bambino Gesù Paediatric Hospital by making them available on a portal intended for a wider audience than just specialists: this is the aim of the research project presented at Palazzo Borromeo, the seat of the Italian Embassy to the Holy See, on the initiative of UniNettuno University’s CAST (Catholicism and Audiovisual Studies) Research Centre in collaboration with the Holy See’s Hospital Video-Photographic Historical Archive and with the support of the SIAE.

The project is part of the activities of CAST at UniNettuno, which has been studying the relationship among Catholicism, cinema and audiovisuals since 2020. The CAST digital library sets out to be a portal that can serve as an aggregator and online gateway to the digitised historical heritage (audiovisual, photographic, documentary) on Catholicism and audiovisuals, now scattered in the collections of the most varied conservators (public and private archives and film libraries, archives of bodies, associations, religious congregations, private subjects, etc.). It houses the “Roma nel mondo” newsreels (1955-1960) of San Paolo Film and now also documents of the Bambino Gesù Paediatric Hospital. The Holy See’s Hospital Video-Photographic Historical Archive, a selection of which will gradually find its place on the CAST’s digital library, includes about 15,000 digitised images, from the hospital’s birth to the present day, which are enriched every 6 months with the photographic documentation of current events. There are also 300 videos, the first of which recounts the visit of John XXIII to the hospital in 1958.

“Through photos and sound and film clips,” explained Monsignor Dario Edoardo Viganò, President of CAST, “the research work is capable of recounting the peculiar history of the Children’s Hospital from a new perspective, especially as regards its close relationship with the popes and the Holy See. It is necessary not to lose memories that shed unprecedented light on the cultural history of Italy and, in other words, to bear witness to the evolution in the scientific, but also socio-cultural field, that has led the Bambino Gesù to be the largest paediatric polyclinic and research centre in Europe, with a network of operations that extends over four continents.”

“Retracing the history of the Bambino Gesù Hospital today thanks to the collaboration with the CAST Research Centre of UniNettuno University,” underlined the host, the Italian Ambassador to the Holy See Francesco Di Nitto, “is important not only to get to know more closely what has become one of the most internationally renowned paediatric health centres, but also for its broader connection with the theme of memory preservation and the enhancement of the audiovisual historical heritage through digital archiving, in line with the current national and international priorities of digitisation and innovation.”

“It is no coincidence,” said Bambino Gesù President Mariella Enoc, “that we chose the slogan “The future is a children’s story” for the recent 150th anniversary of the hospital’s foundation. We are convinced that not only the present, but also the future of Bambino Gesù is linked to its roots, and to the initial choice of alleviating the suffering of the little ones with competence and humanity. The enhancement of the photographic and video heritage that testifies to the life and growth of the hospital up to its present size will be a further tool and an incentive to remain faithful to our mission.”

“Your project,” said Deputy Prime Minister and Minister of Foreign Affairs Antonio Tajani in a message sent to the promoters of the initiative, “fully responds to a cultural need for the recovery, preservation and enhancement of the Catholic audiovisual historical heritage, and should thus be supported and encouraged so that knowledge of the Children’s Hospital and of many other treasures to come is disseminated at all levels, taking into account not only major events, but also the daily life of Catholic bodies and institutions.”

Link: Film of Pope John XXIII’s visit to the Bambino Gesù Paediatric Hospital on 25 December 1958, kept at the hospital’s historical video-photographic archive. CAST’s research led to the identification of the original source: it is a film news report for the S.E.D.I. newsreel (No. 0926). The film in the hospital’s possession features a voiceover commentary that is not present in the scene negative preserved at Archivio Luce Cinecittà. 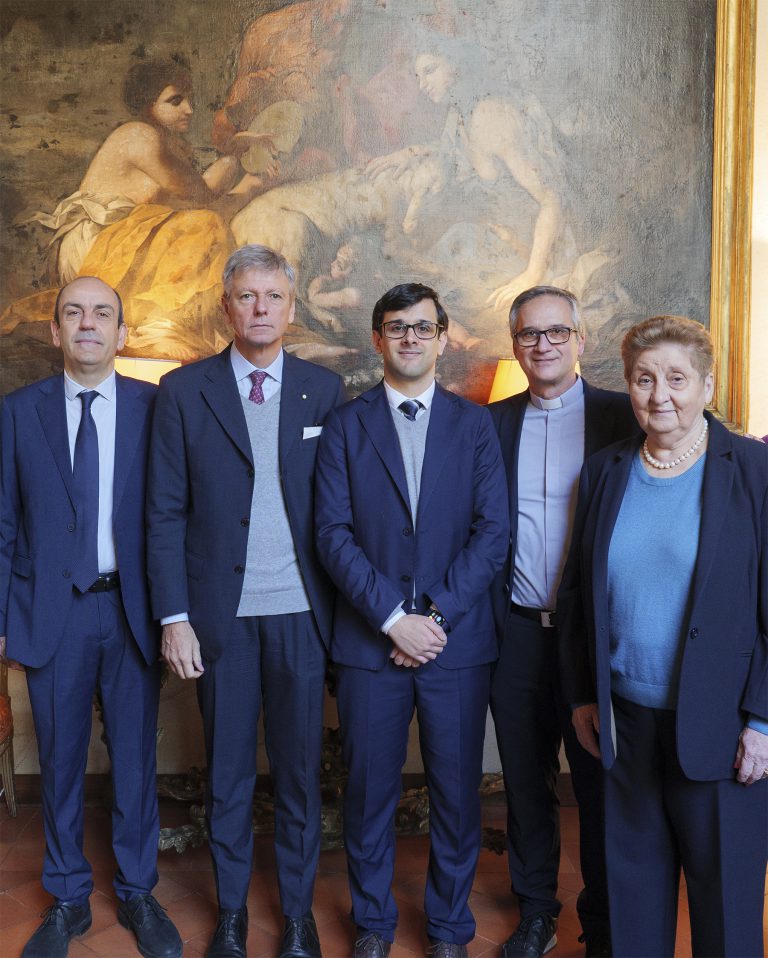 Berlin, Violin and Piano Concert at the Embassy

The Italian Embassy in Berlin hosted a performance by Carlo Maria Parazzoli, First Violin of...

The eleventh Lecture Series on Luso-Italian Relations - an initiative launched in 2011 on the...

United Nations Development Programme (UNDP) in Kosovo and the Embassy of Italy to Kosovo signed...