Economic diplomacy, relations with Latin America, followed by a trip to Beijing

“A train with a known destination; the element of speed is the only one that remains open,” is the metaphor with which Minister Angelino Alfano described the election process in Libya after talking with the general from Cyrenaica, Khalifa Haftar, at the Farnesina on Monday. The meeting was part of a complex strategy designed by Italian diplomacy that involves the major players of the Libyan crisis and that continued on Tuesday with a telephone conversation with Libyan Vice President, Omar Maitig. The conversation also focused on organising the vote for parliamentary and presidential elections.

Still on Tuesday, Minister Alfano shifted his attention back on diplomacy, and especially on economic diplomacy, with the presentation at the Farnesina of the Prometeia report on the economic impact of Italian companies benefiting from the support of the network of embassies and consulates abroad. It is a significant contribution that represents 1.4% of GDP and 307,000 jobs. The companies assisted by the Foreign Ministry’s diplomatic network abroad were 300 – over half of which of small dimensions – for a contribution comprehensively worth 39 billion euros, half of which returns to Italy. The results show the key importance of economic diplomacy, which was formerly almost considered to be a second-class diplomacy, said Minister Alfano. 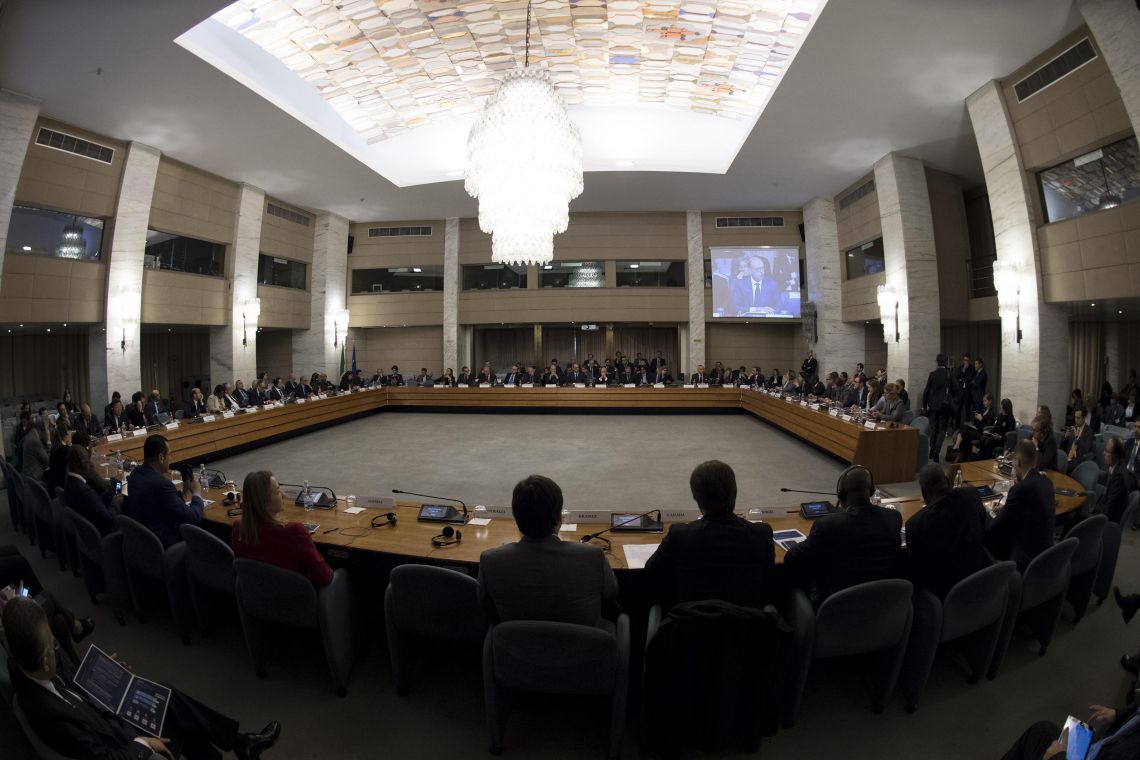 The event hosted at the Farnesina was followed by a working lunch at the Quirinale Palace with Prime Minister Paolo Gentiloni and his other colleagues, the Ministers of the Interior, Marco Minniti, and of the Economy, Pier Carlo Padoan, and the Undersecretary of State at the Presidency of the Council, Maria Elena Boschi, for the traditional meeting with the President of the Republic, Sergio Mattarella, in view of the upcoming European Council in Brussels. 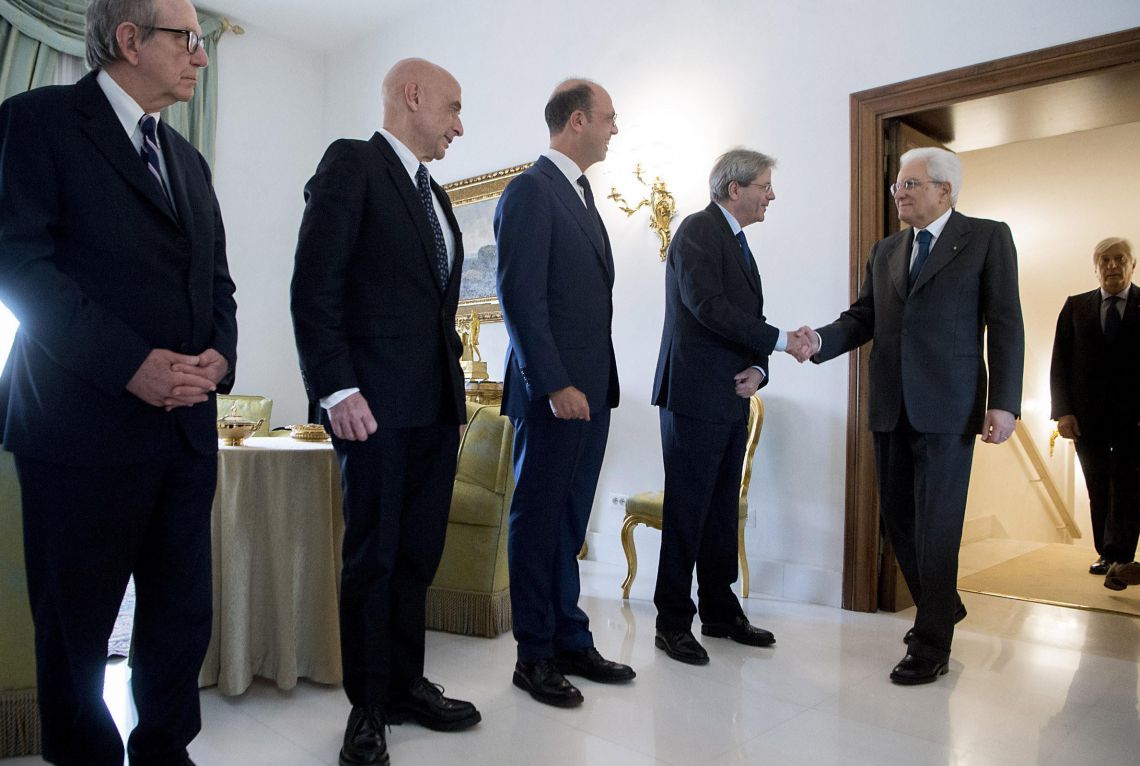 On Wednesday, he opened the 8th Italy-Latin American and Caribbean Conference, saying that with these countries Italy has “a special friendship” that arises from their “Latin heritage” and from the 50 million citizens of Italian descent who create an extraordinary flurry of ideas and culture. Also this scenario naturally features a significant economic component, with trade volumes worth 20.9 billion euros and involving almost 3,000 Italian companies. A special thought went to the 140,000 Italians who live in Venezuela, “a sister country” that is going through a very difficult period. The only solution lies in dialogue and, in this respect, the Minister expressed the hope that “the new round of talks scheduled for 15 December in Santo Domingo might progress towards tangible and effective results.” The minister also discussed about Venezuela with his colleague, María Angela Holguín Cuéllar, from Colombia, defining the country to be “an important regional actor” committed to finding a solution to the crisis.  The minister also had a bilateral meeting with his colleague from Costa Rica, Manuel González Sanz, with whom he discussed the “traditionally excellent” relations between the two countries in addition to major international issues, such as combating organised crime and managing migration flows. 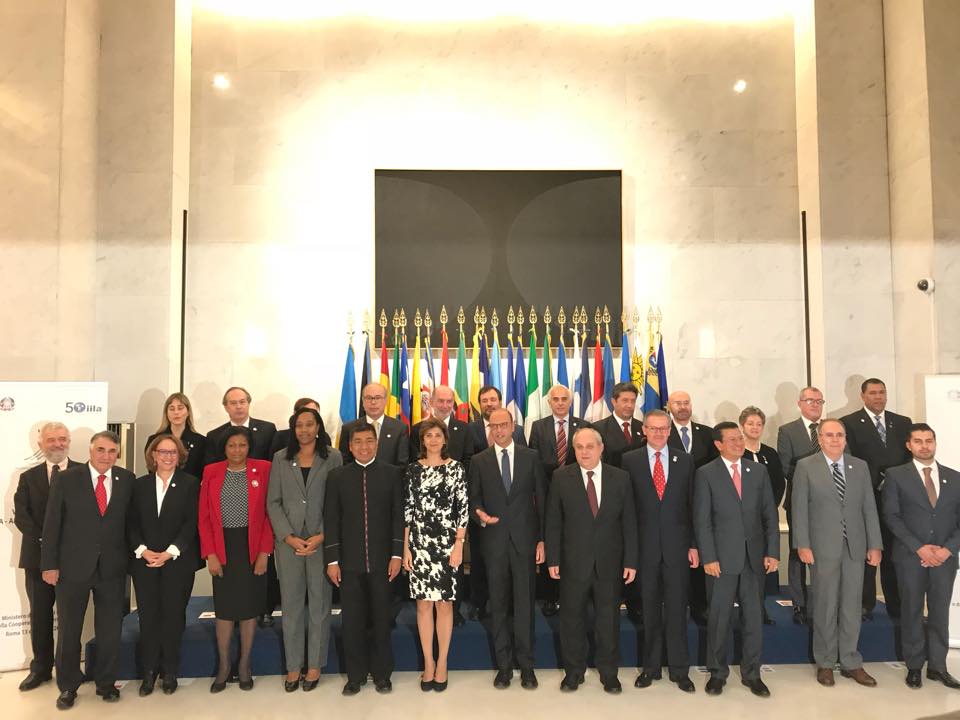 The Minister then went to the Chamber of Deputies to answer on the issue of Jerusalem during the Question Time, following the U.S.’s decision to recognise it as the capital of Israel. “We call for self-control among all the players in the region and we confide that they will avoid an escalation of violence which would benefit no one,” said the minister, also reaffirming that the issue must be discussed within the two-State negotiation process. “We are in no way questioning our friendship ties with Israel,” said the minister, recalling the conference on antisemitism scheduled for January in Rome, under Italy’s presidency of the OECD.

The focus then shifted from Latin America and the Middle East to Europe. “We want to definitively clarify that Dublin is the faded picture of a Europe that no longer exists and of migration flows that are no longer those of the past,” said Minister Alfano in Brussels on Thursday.  He went on: “We need to make all the Countries responsible. We need a proposal combining solidarity and the control of the European Union’s borders. It is a key issue for the political stability of our Continent.” In addition to attending the meeting of the European Peoples’ Party prior to the European Council, the minister met with the EU Chief Negotiator for Brexit, Michel Barnier, especially focusing on the theme of protecting European citizens residing in the United Kingdom. Minister Alfano defined the preliminary agreement reached in Brussels and London as “an important step forward” in giving European citizens clear answers and guarantees on the protection of their acquired rights. 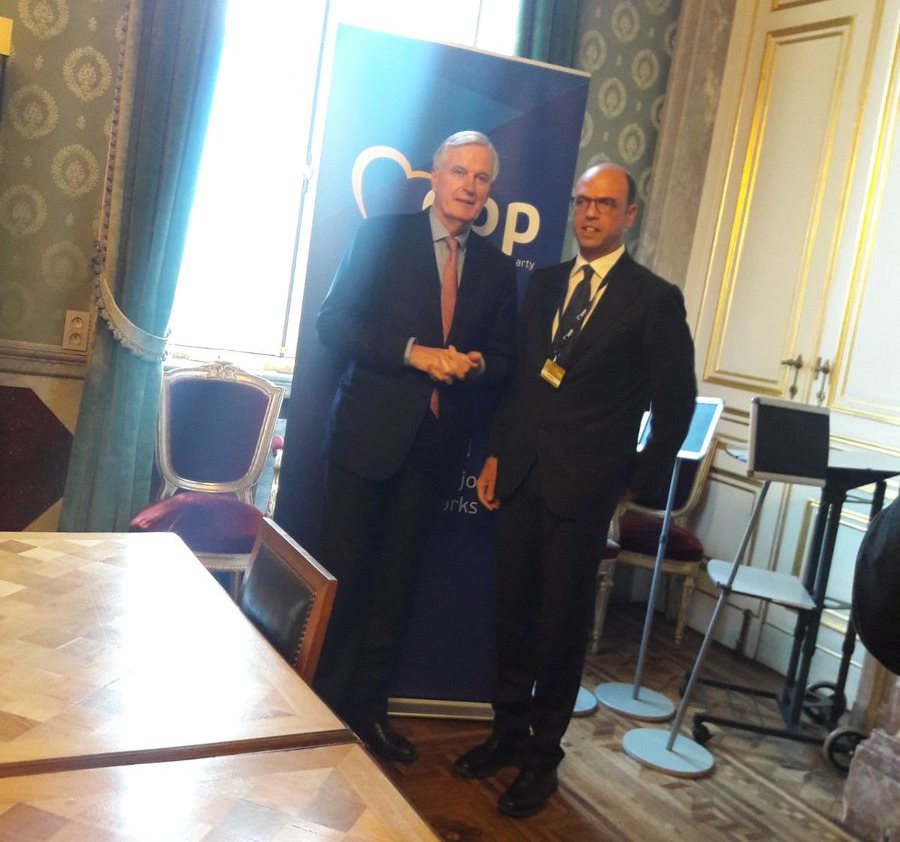 Minister Alfano also congratulated NATO Secretary-General, Jens Stoltenberg, for extending his mandate until 2020. He twitted: “His commitment will assure continuity, effectiveness and closer cooperation in the future.”

On Friday, his working day began with a telephone conversation with his colleague from Sri Lanka, Tilak Janak Marapana. “Relations between Italy and Sri Lanka are excellent, also thanks to the increasingly effective integration of the Sri Lankan community in Italy: over 100,000 people have chosen Italy to be their second homeland,” said the minister while also pointing out that “bilateral trade has increased very significantly during the past few years, in parallel with the interest of important Italian companies for Sri Lanka’s markets. However, there is still a great margin of manoeuvre to be explored and we are going to explore it.” Minister Alfano then went back to the Quirinale Palace to attend President Mattarella’s traditional Christmas wishes to the diplomatic corps. As has become customary during the past few years, the ceremony was also attended by the Foreign Ministry’s junior officers.

During the weekend, Minister Alfano was scheduled to take off for China, where he is due to stay until 19 December, for a visit envisaging institutional engagements and meetings with the community of Italians living and working in Beijing.

Moavero «Italy must remain open to the world. Let us not forget our own interests» (Corriere della Sera)

«We have shown that Italy’s public finances are in order. » The Minister of Foreign...

Minister Moavero Milanesi attends the 40th edition of the Meeting for friendship among peoples in...

The German and Italian Ministers for Foreign Affairs, Heiko Maas and Enzo Moavero, had yesterday...

On Monday, 12 August, Minister Moavero will be in Sant'Anna di Stazzema

The Minister of Foreign Affairs and International Cooperation, Enzo Moavero Milanesi, is on a diplomatic...

Today marks the 63rd anniversary of the tragedy of the Bois du Cazier mine in...