The Awards Ceremony of the 4th edition of “M’illumino d’immenso. Premio Internazionale di Traduzione di Poesia dall’italiano allo spagnolo” [“M’illumino d’immenso: International Prize for the Translation of Poetry from Italian to Spanish] will be taking place today at the Italian Cultural Institute in Mexico City and will be preceded by a conversation between the poets Fabio Morábito, Mónica Mansour and Vanni Bianconi.

This award, which promotes the translation and dissemination of Italian and Italian-Swiss poetry in Spanish-speaking countries, is organised by the poets Vanni Bianconi (Switzerland), Fabio Morábito (Mexico), and the Director of the Trādūxit Laboratory Barbara Bertoni ( Italy), with the support of the Italian Cultural Institute in Mexico City and the Swiss Embassy in Mexico, with the patronage of the Libraries of Rome.

On this occasion the competitors were asked to translate the poems “S” by Antonella Anedda (Italy) and “Se” by Giovanni Orelli (Switzerland). The price was awarded to Beatriz de la Fuente (Spain). The jury also decided to award an honourable mention to the translation by Alfonso Conde Rivera (Colombia).

The winner will be awarded 13,000 Mexican pesos, a week of accommodation at the House of Translations of Libraries in Rome, a course chosen by the Italian Cultural Institute in Mexico City, an annual subscription to Ametli (the Mexican Association of Literary Translators) and the publication of her translations.

This year also included the second edition for the Arabic language and the first edition for the Czech language, thanks to the support of the Italian Cultural Institutes of Cairo and Prague, the Swiss Embassy in Egypt, the Czech Republic, and once again with the patronage of Libraries of Rome. 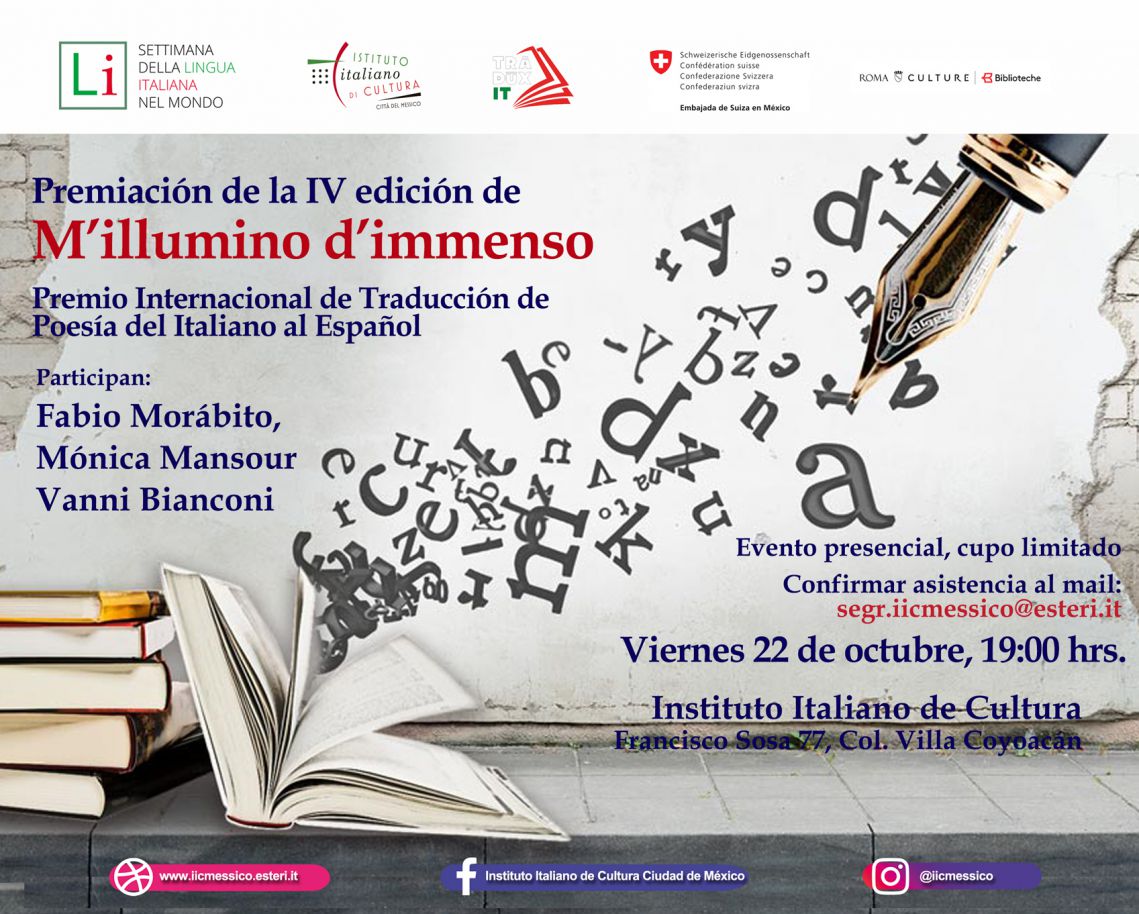