transit centre of the International Organisation for Migration (IOM) and the humanitarian centre of the United Nations High Commissioner for Refugees (UNHCR), local outposts in the fight against human trafficking with projects supported by Italy and other partners.

Emilia Gatto met Italian aid workers involved in numerous projects to support the local community and the representative of the local antenna of Eucap Sahel, the EU’s CSDP mission, to which Italy is the third-largest contributor. In Agadez, the Ambassador also met the local authorities, including the President of the Regional Council, the Secretary-General of the Governorate, the Mayor, and the University Rector. With the Rector, the Ambassador analysed the prospects of bilateral inter-university cooperation. These included collaboration with the Scuola Superiore Sant’Anna in Pisa on a project to improve agricultural production in response to the country’s growing food challenges. 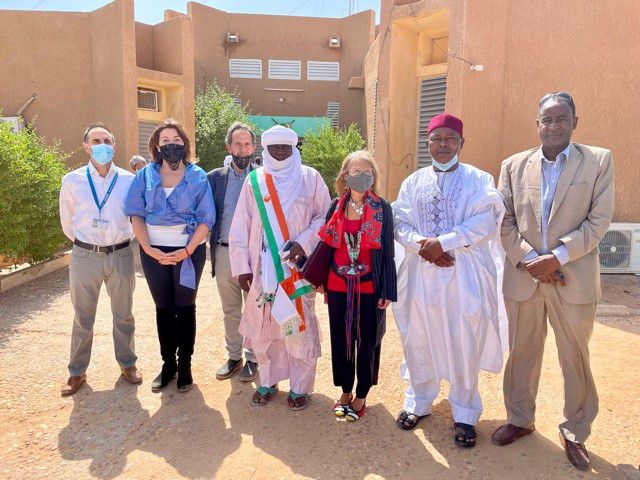 ​Somalia. Emergency funding from Italian Cooperation in response to the country’s food crisis

In response to the long drought affecting the Horn of Africa, and its consequences, Italian...

Azule Energy has been officially launched. It is a new 50/50 joint venture company established...

Migration flows: actions by the Farnesina in North Africa, the Sahel and West Africa

With the Migration Fund, the Farnesina has launched a set of actions for a total...

The response to the refugee crisis involving people fleeing from the Horn of Africa will...

The Italian Cultural Institute in Addis Ababa, in collaboration with the Embassy of Italy and...

The Italian Cultural Institute in Pretoria has organised two concerts by the eminent pianist Nazareno...

The Italian Cultural Institute in Addis Ababa – under the Cultural and Scientific Cooperation Agreement...

Commitment by the Embassy in Tanzania to Roma Expo 2030