A ceremony commemorating the Italian victims of the brutal terrorist attack of 1 July 2016 took place today at the Embassy of Italy in Dhaka. The Farnesina’s Director General for Italians Abroad, Luigi Vignali, accompanied by the Ambassador to Dhaka, Enrico Nunziata, laid a wreath of flowers on the plaque commemorating our nine fellow citizens. Numerous ambassadors from other nations attended the ceremony.

Six years have passed since the tragedy at the Holey Artisan Bakery. “On this sad day”, said Vignali, “we wish to express once again the Italian institutions’ deep sympathy for the families of the victims. We will always stand by the many Italians who promote our country abroad. We will continue to honour the memory of those who in so doing have lost their lives in dramatic circumstances. Italy once again renews its commitment to fight international terrorism of whatever origin, a fight we share with the authorities of Bangladesh”. 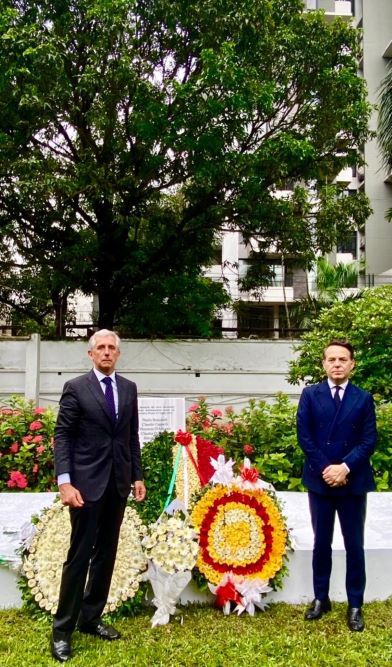 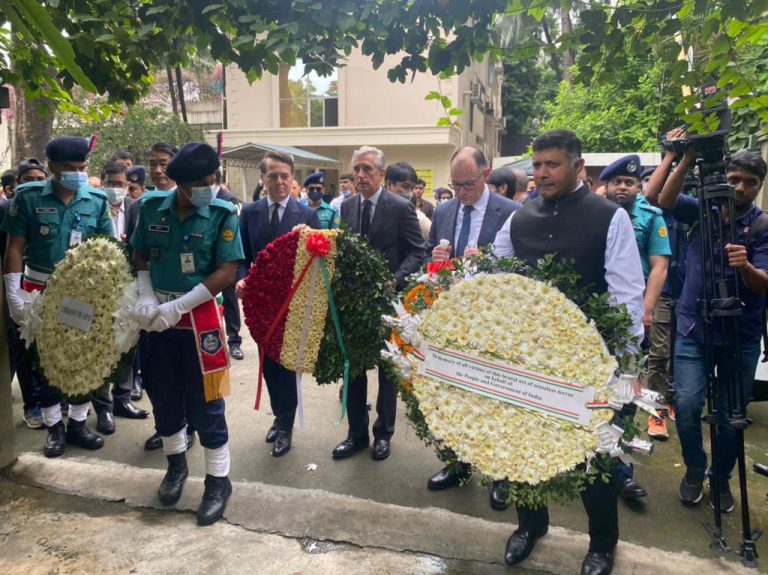 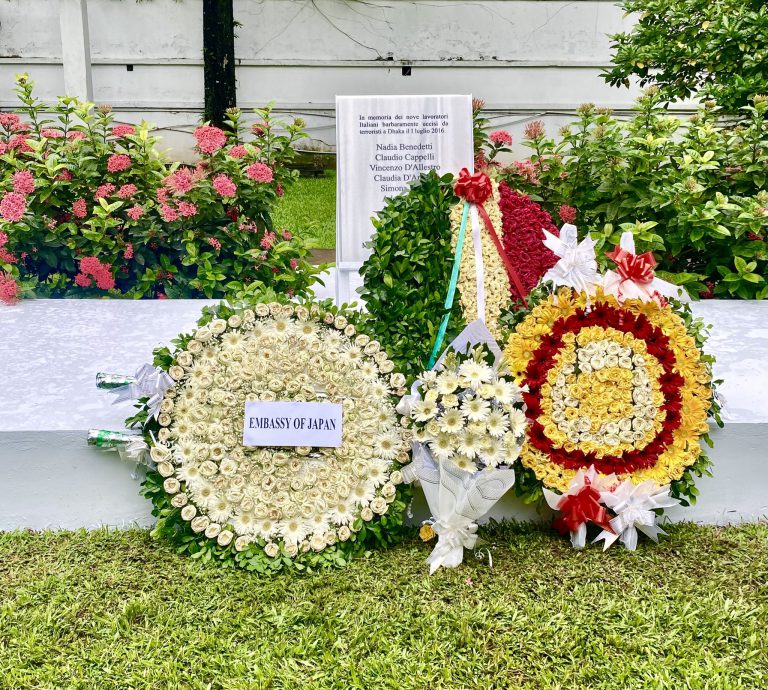 Note of the Foreign Ministry

The Farnesina condemns, in the strongest possible terms, the serious criminal act committed against First...

25 November: International Day for the Elimination of Violence against Women

On the International Day for the Elimination of Violence against Women, the Farnesina and its...

In relation to the news concerning former senator Vito Rosario Petrocelli’s presence in Libya, the...

The 7th Week of Italian Cuisine in the World

The 7th edition of the Week of Italian Cuisine in the World, called “Conviviality, Sustainability...