The Italian Embassy in Georgia renews its collaboration with the prestigious Batumi Black Sea Music and Art Festival, now at its 9th edition, which this year will be running from 23 to 31 July. To close the Festival, which is held under the High Patronage of UNESCO, an exceptional concert will be organised to mark the 30th anniversary of the resumption of diplomatic relations between Italy and Georgia under the sponsorship of the Italian Embassy and with the participation of Italian musicians of international renown.

The programme of music performances to be staged at the Batumi Music Center on 31 July will include the debut in Georgia of FiSAx, a duo made up of sax player Alex Sebastianutto and accordionist Sebastiano Zorza.

The two musicians, winners of numerous national and international awards, are among the most important of Italy’s music scene and vaunt collaborations with prestigious orchestras such as the Orchestra of the Teatro S. Carlo of Naples, the Orchestra of the Teatro La Fenice of Venice, the Zagreb Philharmonic Orchestra, and the Berliner Symphoniker Orchestra. The programme includes the marvellous music by Marcello, Vivaldi, Galliano and Jobim. 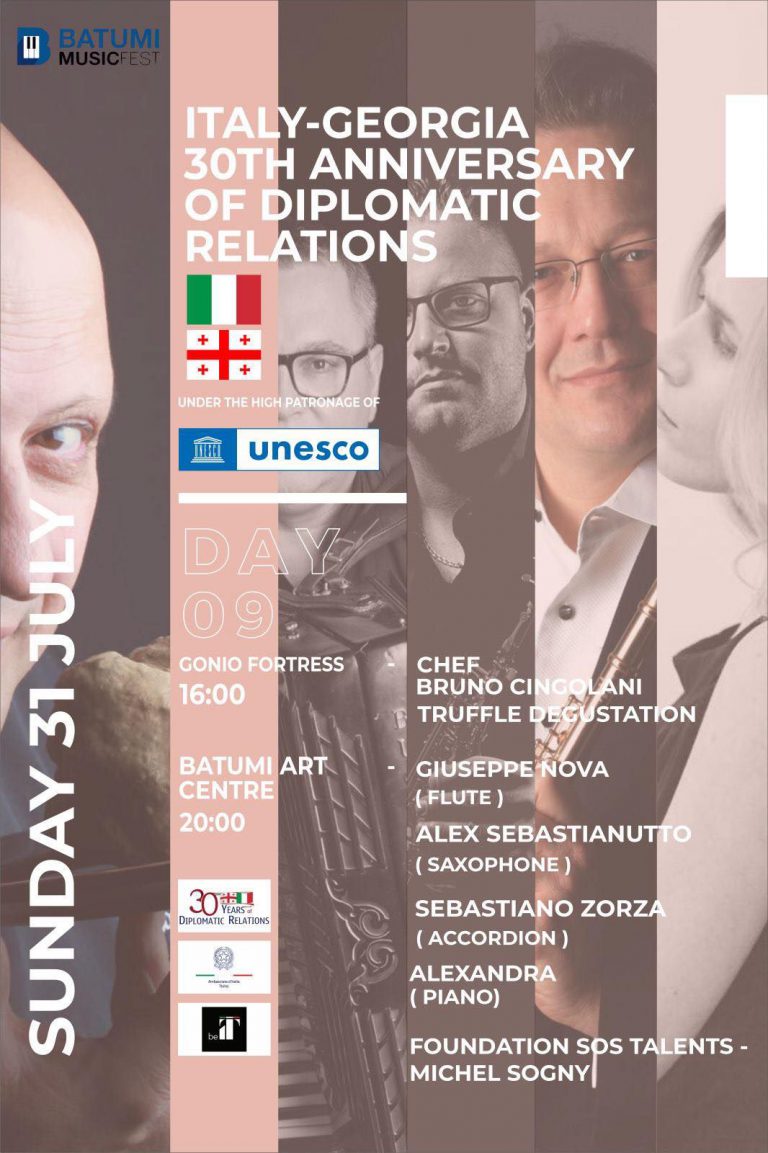 Debate on Pasolini at Palazzo Borromeo

On 20 September last, there was a meeting at Palazzo Borromeo, seat of the Italian...

The Italian Cultural Institute in Brussels has organised the exhibition “Italian excellence. The new generation...