On 20 September last, there was a meeting at Palazzo Borromeo, seat of the Italian Embassy at the Holy See on “The debate on Pasolini, one hundred years from his birth”. The event was organised in association with the CAST (Catholicism and Audiovisual Studies) research centre of the UniNettuno University, and was attended, among others, by Ambassador Francesco Di Nitto, the President of CAST, Mons. Dario Edoardo Viganò and the speakers included Marco Antonio Bazzocchi and Giacomo Manzoli of the University of Bologna and Tomaso Subini of the University of Milan.

In his address, Mons. Viganò introduced the activities of the UniNettuno Centre of Studies, established in 2020 to analyse in detail the relationship between Catholicism, cinema and the audio-visual world from an international perspective, with the more general aim of promoting cinematographic culture and awareness of its key players. Mons. Viganò continued by saying that this gave them the idea to organise a meeting on Pier Paolo Pasolini in the year celebrating the hundredth anniversary of his birth, inviting three influential interpreters of Pasolini studies “to take stock of the debate around the work of this versatile person who played a central role in the story of twentieth century Italian culture and whose intellectual stature obviously goes well beyond the cinema. To address issues that are dear to me, I think of Pasolini’s attempt to create a scandal in the realm of the sacred in a rigidly rule-bound bourgeois society”.

Marco Bazzocchi spoke on the issue of sexuality and the power in Pasolini’s literary work, and asked the question “Can a man who was trained in Marxism (or who had left wing ideals) consider the world of religion?”. He believes that the “sacred” is one of the fundamental concepts of the works of Pasolini since it is understood as anything that has ethical value, that has to do with humans and has not yet been manipulated by power. On the other hand, Tomaso Subini dwelt on a specific stage in Pasolini’s work, which, from the summer of 1962 – a period in which he wrote the script for a film that was programmatically anti-Catholic (for which he was put on trial for contempt of the State religion) – soon became a benchmark for international Catholicism as it won the OCIC Award (International Catholic Organisation for Cinema) at the Venice Festival. Giacomo Manzoli then dealt with the theme of research by Pasolini of a dialogue with the Catholic world starting from his religiousness, in a period in which society was undergoing many changes and tensions, notably from the 1960s. 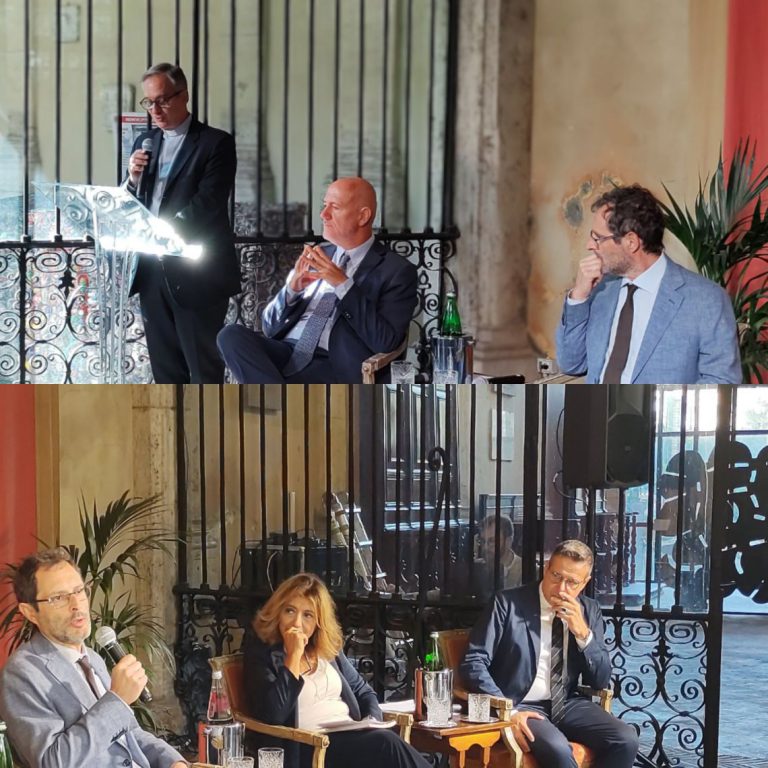 The Italian Cultural Institute in Brussels has organised the exhibition “Italian excellence. The new generation...