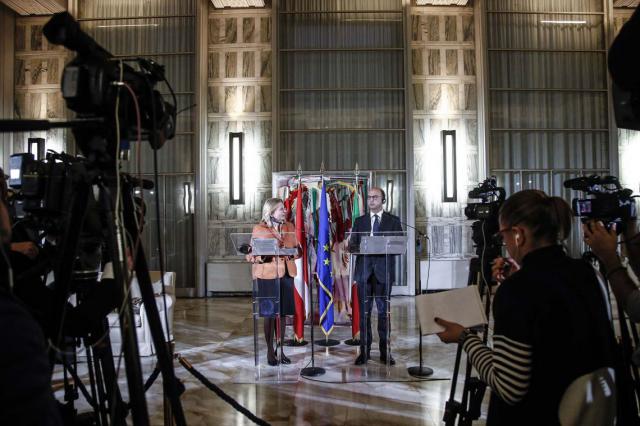 “I had a very straightforward and constructive talk with my Austrian colleague. Our relationship is very intense. Italy is the second-largest exporter to Austria and we have many projects in common, such as for example, the construction of the Brenner Base Tunnel that, once it is finished and becomes operational in 2026, it will become the longest railway tunnel in the world.

Within the scope of this same good neighbour relationship and excellent cooperation between Austria and Italy falls the issue of the Autonomous Statute of Alto Adige, a successful model that protects minorities and the peaceful cohabitation of different linguistic groups, which has fostered the Region’s extraordinary socio-economic development and which our two Countries point to as an example to follow to the international community. It is a model that arises from the full implementation of the De Gasperi-Gruber Agreement which needs to be necessarily be preserved.”

This was the statement made by the Minister of Foreign Affairs and International Cooperation, Angelino Alfano, at the end of the talk he had at the Farnesina with his Austrian counterpart, Karin Kneissl, on 16 January. The talk focused on bilateral relations, the issue of migration, Libya and the OSCE.