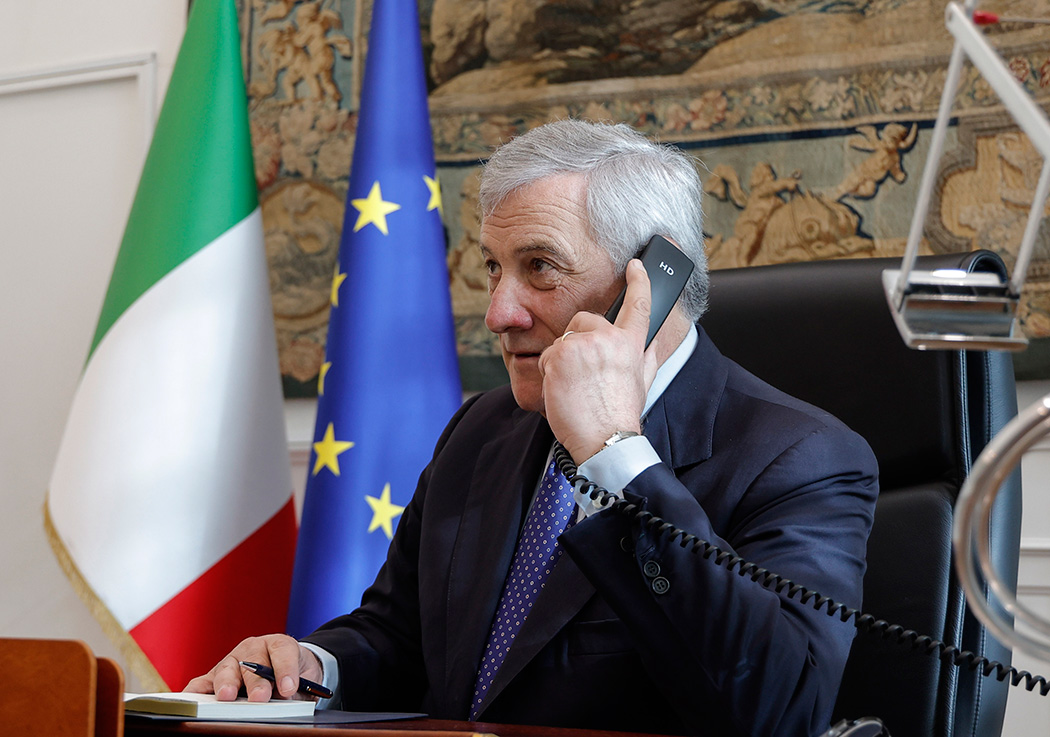 Born in Rome on 4 August 1953, Antonio Tajani is the son of an Italian army officer and a teacher of Greek and Latin. He graduated in Law from the University of Rome – La Sapienza and was an officer in the Italian Air Force. He is married and has two children. He speaks French, English and Spanish fluently.

He began his career as a journalist in 1980 and worked as a parliamentary reporter, a Rai GR1 news presenter and lead Rome editor of the “Il Giornale” newspaper edited by Indro Montanelli, with whom he worked closely for ten years.

Antonio Tajani was also a special correspondent in Lebanon, the Soviet Union and Somalia.

A co-founder of Forza Italia, he was the party’s regional coordinator in Lazio from 1994 to 2005. In the first Berlusconi government, he served as the Prime Minister’s spokesperson.

In 1994 he was elected for the first time to the European Parliament. That marked the start of over two decades of strong commitment to the European project and to the citizens of the European Union. As a member of the Convention on the Future of Europe chaired by Valéry Giscard d’Estaing, he worked on the text of the draft European Constitution.

He was appointed European Commissioner for Transport in 2008 and was instrumental in developing the trans-European transport networks and creating a European legislative framework to safeguard passengers’ rights. In 2010 he was appointed Commissioner for Industry and Entrepreneurship and Vice President of the European Commission. In this role, he worked on reindustrialisation, “green growth” and help for small and medium-sized enterprises. Specific initiatives were the Late Payments Directive and Action Plans for all sectors of industry, starting with steel. The actions undertaken by Tajani to foster growth and regain higher levels of employment include specific measures to facilitate business transfers, increase access to finance, and give a second chance following a bankruptcy.

In 2014, he was re-elected as a Member of the European Parliament and became First Vice President, with responsibility for security, interfaith dialogue and the House of European history.

When he moved from the Commission to the European Parliament, Tajani wrote a letter informing Commission President Barroso of his intention to waive the transitional allowance of 468,000 euro to which he was entitled as former Vice President of the Commission as he deemed it appropriate to show moderation and solidarity at a time of great difficulty for European citizens.

In April 2015, the city of Gijon, in northern Spain named a street after him owing to the work he carried out during his term as Vice President of the European Commission, since he fought to prevent the shutting down of an industrial plant, saving 210 jobs.

On 17 January 2017 he was elected President of the European Parliament. In this capacity, he organised the “Debates on the Future of Europe”, attended by 18 heads of State and Government. In addition, organised 12 high-profile conferences on topics such as migration, research, tourism, business, cultural heritage, and the digital world. His term was marked by a steadfast commitment to a common European defence, support to the real economy and the revival of the EU’s role on the global stage, particularly in Africa and Latin America.

Delivering his first speech as President of the European Parliament, he also dedicated his election to the victims of the earthquake that had rocked Italy in 2016. Later, in 2018, he donated the 30,000 Euros of the ‘Charles V’ European Award to the municipalities of Arquata del Tronto, Norcia and Accumoli.

The European Jewish Community dedicated to him an 18-tree forest – a symbol of life – in Israel, as a token of gratitude for his work aimed at “building bridges between religions, as well as between the European Union and the several beliefs”.

In March 2020, during the Covid-19 pandemic, he donated his allowance as an MEP to the city of Fondi, with which he always had a strong bond for many years, one of the cities most affected by the coronavirus.

From 2019 to 2022 he served as Chair of the Committee on Constitutional Affairs and of the Conference of Committee Chairs of the European Parliament. In January 2022, he was re-elected, by acclamation, Chair of the Committee on Constitutional Affairs. He actively worked to implement the Conference on the Future of Europe and was a key player in the talks over the Brexit agreement, always upholding the rights of European citizens living in the United Kingdom.

He has participated, for over 20 years, in the volunteer work of the non-profit organisation “Comunità in Dialogo” in Trivigliano (Frosinone), aimed at the recovery and social reintegration of young drug-addicts. Since 2018, he has been donating his pension as former Vice President of the European Commission to this very organisation.

On 22 October 2022 he was appointed Vice President of the Council of Ministers and Minister of Foreign Affairs and International Cooperation.

He has been awarded the following honours:

Furthermore, during his term as President the European Parliament, he was awarded: