The talks focused on the migration emergency. “Italy appreciates and supports Skopje’s efforts to manage the migration flows,” said Minister Gentiloni while reiterating the need for a broadly shared solidarity-based European commitment “also now that the flows mostly affect the Balkan route and no longer the central Mediterranean”. Mr Gentiloni went on: “Dialogue and cooperation are the only possible tools to best manage the migration phenomenon over the long term. Increasing controls is the right thing to do but we must absolutely avoid unilateral decisions by EU member Countries, as it would provoke a domino effect in the Balkans and would undermine the mutual trust between the Union’s member Countries.” The Macedonian Deputy Minister thanked Italy for supporting Skopje in managing the migration emergency through Development Cooperation contributions to the operations of the International Federation of the Red Cross and of the UNHCR.

The two ministers also discussed security issues and the struggle against radicalisation in the Balkans, confirming their common commitment to fight terrorism within the counter-Daesh coalition.

The meeting also offered Italy the opportunity to confirm its support to Skopje’s European and Euro-Atlantic perspectives and to express the hope to “soon succeed to stabilise the Country by necessarily resuming the reform process and political dialogue”.

“The excellent bilateral relations – Mr Gentiloni concluded – offer broader margins of manoeuvre both in terms of economic and cultural cooperation, and I particularly appreciate the interest expressed by Skopje’s Government in investing more on teaching the Italian language.” 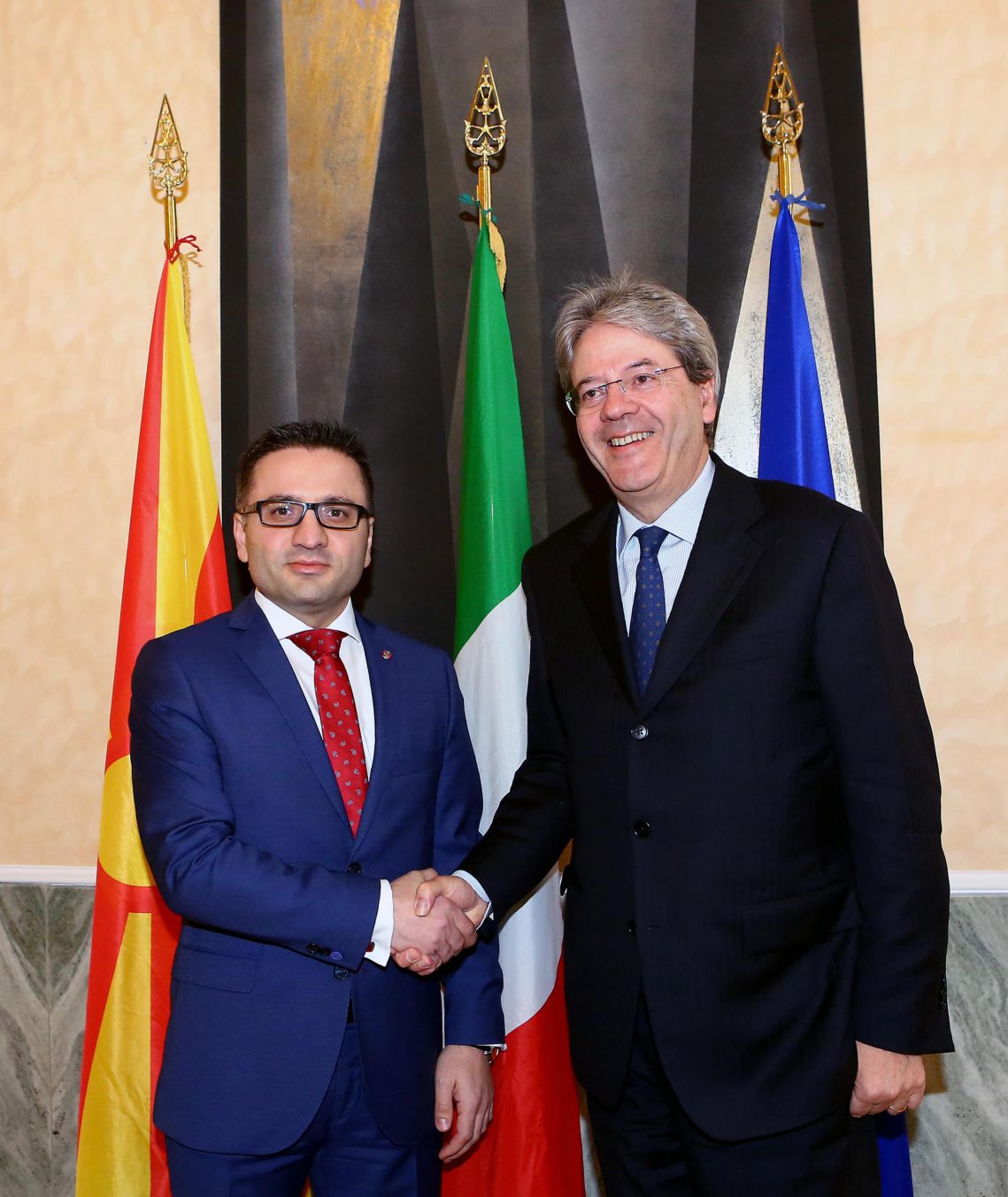 Firm condemnation of the attacks in Turkey and Iraq. Alfano: “Italy’s strong commitment in view of its chairmanship of the G7”

Gentiloni - «The doors of the EU are only open for a democratic State. Purges and vengeances are unacceptable» (Corriere della Sera)

«It is a perfect storm – says Foreign Minister Paolo Gentiloni – with Europe and...

Minister Gentiloni meets with the Foreign Minister of the Republic of Latvia, Edgars Rinkēvičs

Today the Minister of Foreign Affairs and International Cooperation, Paolo Gentiloni, received at the Farnesina...

The OSCE's challenges: "Migrants and Security"

"We're under a moral obligation to save human lives. Building walls cannot be the answer,...

Foreign Minister Paolo Gentiloni will be in Turkey from February 21 to 23 to attend...

Focus on global security and fighting terrorism in Munich

Terrorism, the refugee emergency, the future of Nato and the main regional crises are just...

The Ministerial Meeting of the Global Coalition to counter Daesh/ISIL will be held at the...