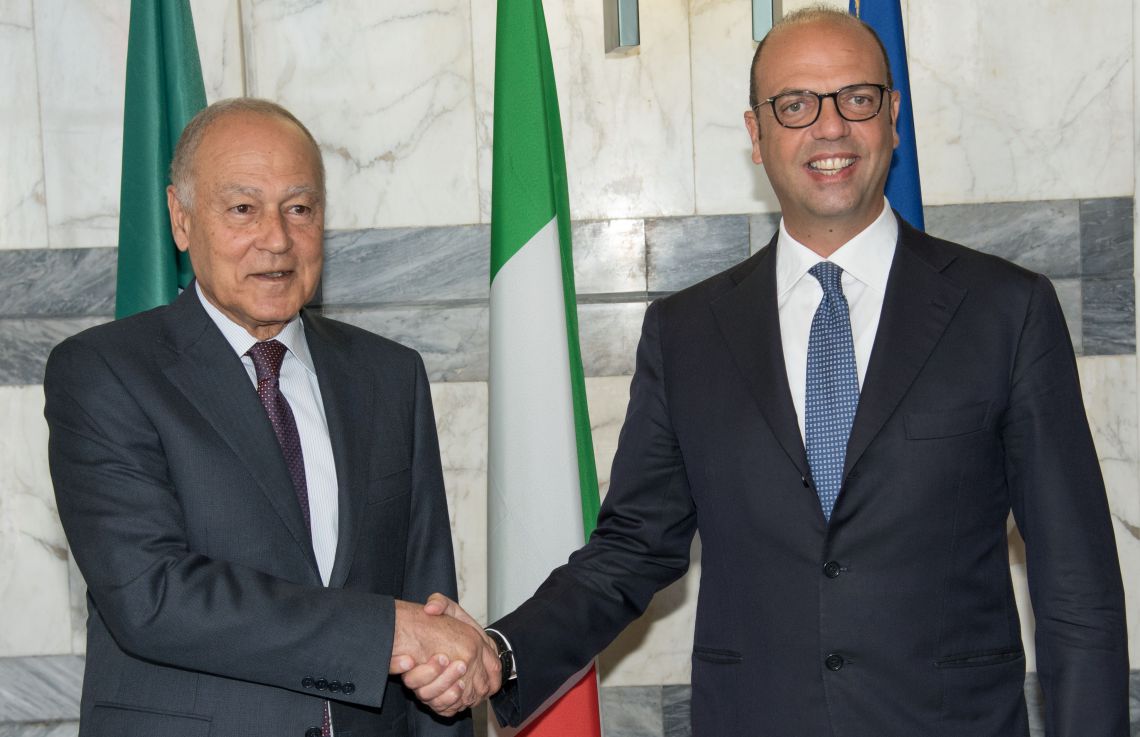 The Foreign Minister, Angelino Alfano met the secretary of the Arab League, Aboul-Gheit at the Ministry of Foreign Affairs and International Cooperation. Their discussion ranged across a number of issues including the Gulf crisis, Libya, Syria, the Israeli-Palestinian conflict and Yemen.

“Italy believes that the diplomatic crisis in the Gulf can be resolved; not every attempt at mediation is doomed to failure” said the Minister. “Since these matters take time, we can’t expect the situation to be resolved in just a few days or weeks, but Italy will do its best to ensure that the Qatar crisis is settled by the Gulf Cooperation Council and push for more effective Kuwaiti mediation. Rome is sparing no efforts to encourage dialogue with the countries involved” concluded Alfano.

Alfano meets Jason Greenblatt, Special Representative of the President of the United States of America for International Negotiations

Today, the Minister of Foreign Affairs and International Cooperation, Angelino Alfano, received at the Farnesina...

The Minister of Foreign Affairs and International Cooperation, Angelino Alfano, today received at the Farnesina...