During the cordial meeting, Minister Moavero Milanesi confirmed that the Italian Government is committed to intensifying political dialogue and bilateral relations in the economic and trade spheres as well as in terms of cultural cooperation.

​The two ministers discussed salient regional issues, including the developments in Libya, with a focus on migration, as well as matters in Syria. There was also an in-depth exchange of views on the diplomatic crisis in the Gulf. Minister Moavero Milanesi reiterated Italy’s position in favour of a negotiated solution based on dialogue between the sides involved. 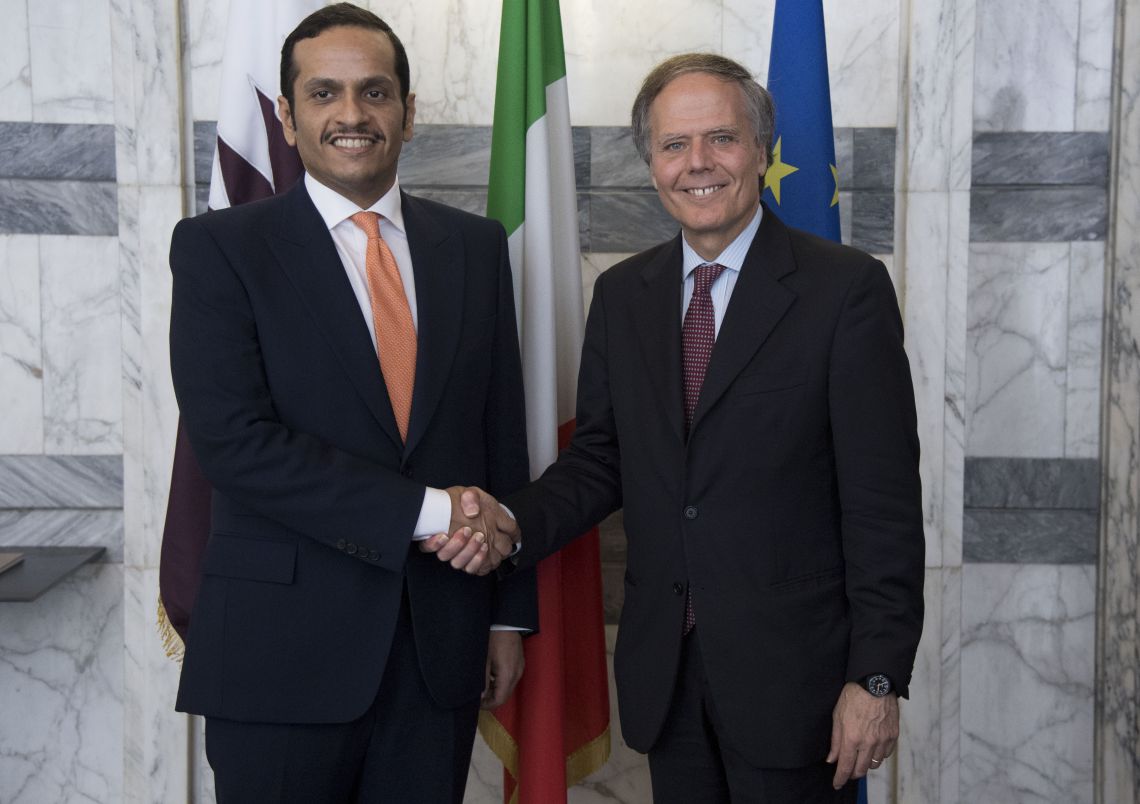 The Ministers discuss and share the potential goals for a Conference on Libya that Italy...

Today, the Minister of Foreign Affairs and International Cooperation, Enzo Moavero Milanesi, received at the Farnesina...

The Minister of Foreign Affairs and International Cooperation, Enzo Moavero Milanesi, received at the Farnesina...

This afternoon at the Farnesina, the Minister of Foreign Affairs and International Cooperation, Enzo Moavero...