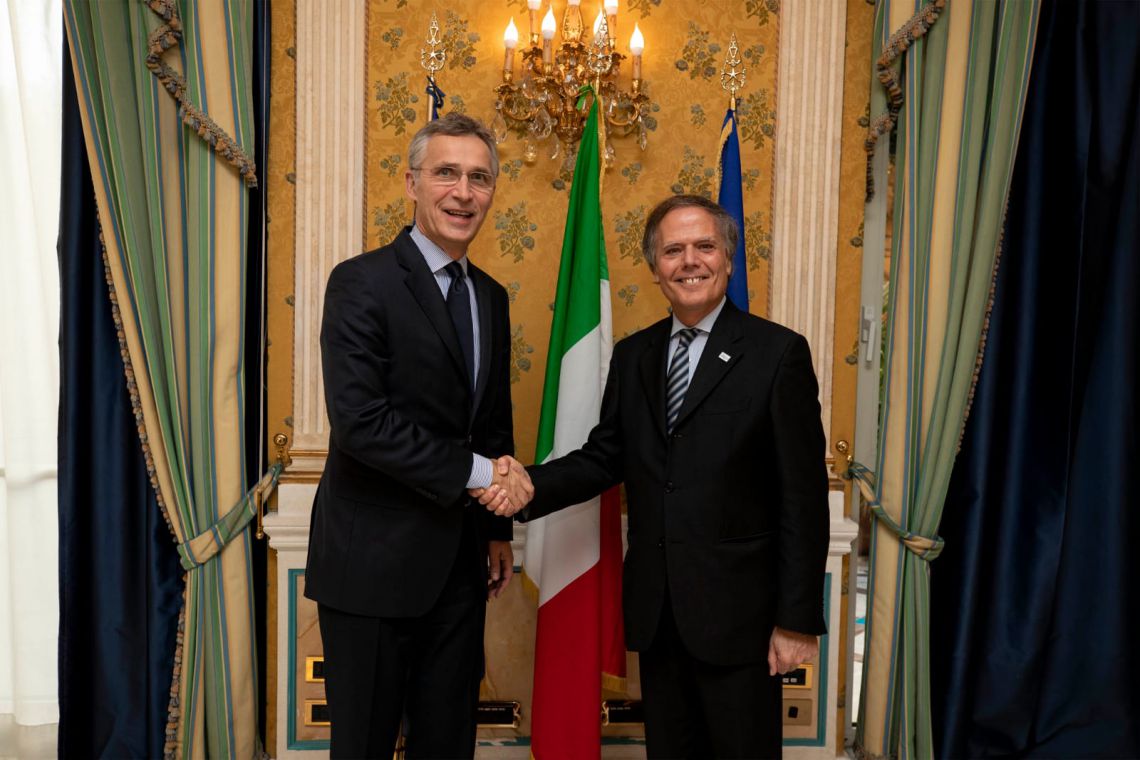 On the sidelines of today’s “Rome Med Dialogues” Conference, the Minister of Foreign Affairs and International Cooperation, Enzo Moavero Milanesi, met with the Secretary General of NATO, Jens Stoltenberg.
The talks focused on the issues of mutual interest for Italy and NATO, also in view of the NATO Foreign Ministers Meeting that will be held in Brussels next 4 and 5 December, and at which Minister Moavero is scheduled to speak. ​