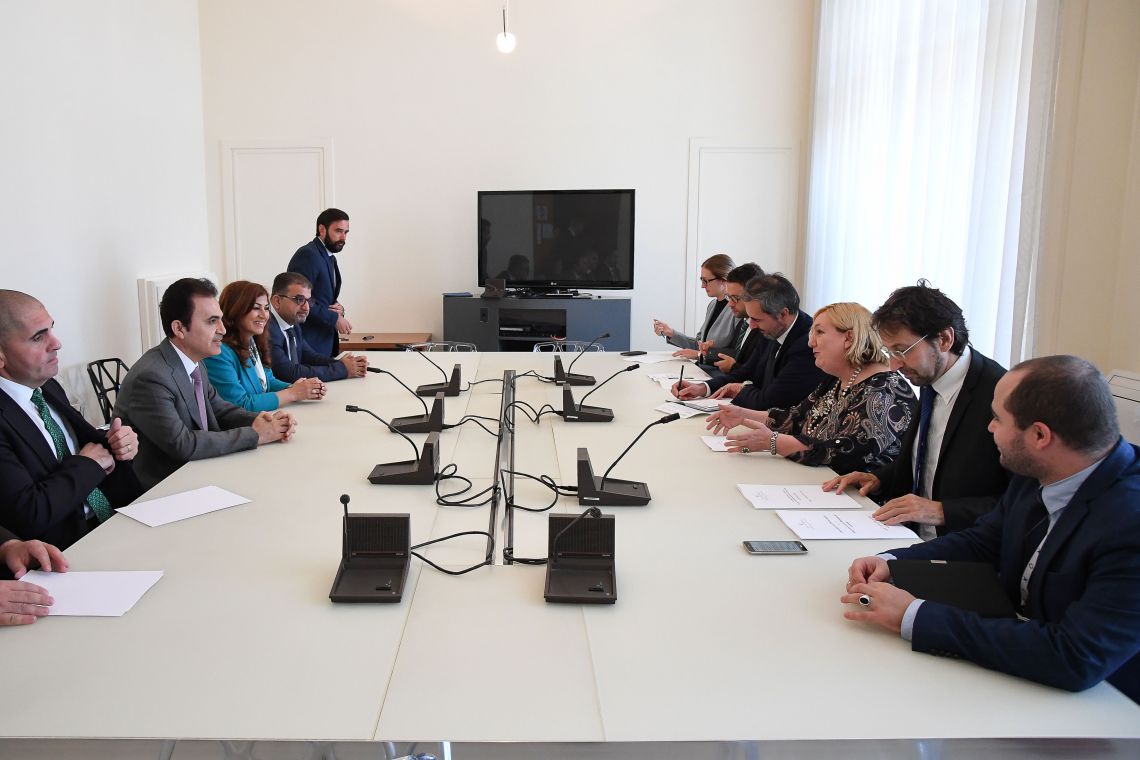 This morning at the Ministry of Foreign Affairs and International Cooperation, Deputy Minister for Foreign Affairs and International Cooperation, Emanuela Del Re met a delegation from the Iraqi Kurdistan Regional Government led by the Minister of Endowment & Religious Affairs, Pshtiwan Sadq Abdullah. The Deputy Minister said “Italy is following the positive developments of the autonomous region of Kurdistan very closely, a true example in the Middle East of stability and peaceful coexistence between its different ethnic-religious components”. The Deputy Minister and Minister Abdullah examined current projects to support minorities in addition to future prospects for cooperation, especially for young people. In particular, the Deputy Minister recalled the call for tenders launched by the Italian Agency for Development Cooperation (AICS) which earmarks 4 million euros in 2019-2020 for “actions to directly support Christian minorities subject to persecution in crisis areas”. The call closes on 31 October. This could give Italian and Kurdish NGOs the opportunity to work together to support the Christian minority in the region.

Italy is one of the main partners in the anti-Daesh Coalition, and plays an important role in training the military forces and local police, contributing actively towards stabilisation in the area. Our country is also actively engaged in the protection and preservation of the cultural and archaeological heritage through the Unite4Heritage Carabinieri Task Force and numerous missions by Italian Universities.

Vice Minister Emanuela Del Re had an interview in VTC with the UN Sub-Secretary General...

Vice Minister Del Re at CIHEAM in Bari

Lebanon, Mali, Belarus. That is where Italy goes. The floor to Vice Minister Del Re (Formiche.net)

"Italy has always played an important role in Lebanon, now we need long-term projects: there...

Vice Minister Emanuela Del Re had a videoconference with the UK Secretary of State for...

Deputy Minister Del Re attends the ICG meeting on Venezuela