Vice Minister Marina Sereni had today a video call with the Greek Vice Foreign Minister Miltiadis Varvitsiotis, Delegate for European Affairs. The theme of the interview was the recent assumption by Athens of the Presidency of the Council of Europe, at a particularly difficult time marked by the effects of the pandemic that poses new challenges also on the issues at the heart of the action of the Council of Europe: the strengthening and protection of democracy, respect for human rights and the rule of law.

“Italy – said Sereni – is traditionally very committed to the Council of Europe and is one of its main subscribers. For this reason, we strongly support the commitment of the Greek Presidency focused on the consequences of the pandemic and the participation of the younger generations in European life. We will be present at the next ministerial meeting of the Council in Athens on 4Â November, which, precisely because it coincides with the 70th anniversary of the signing of the European Convention on Human Rights in Rome, is particularly important. The period of the Greek Presidency also coincides with the 30th anniversary of the Venice Commission, which we hope to celebrate together as this important body deserves”.

Italy will in turn take over the Presidency of the Council of Europe from November 2021. 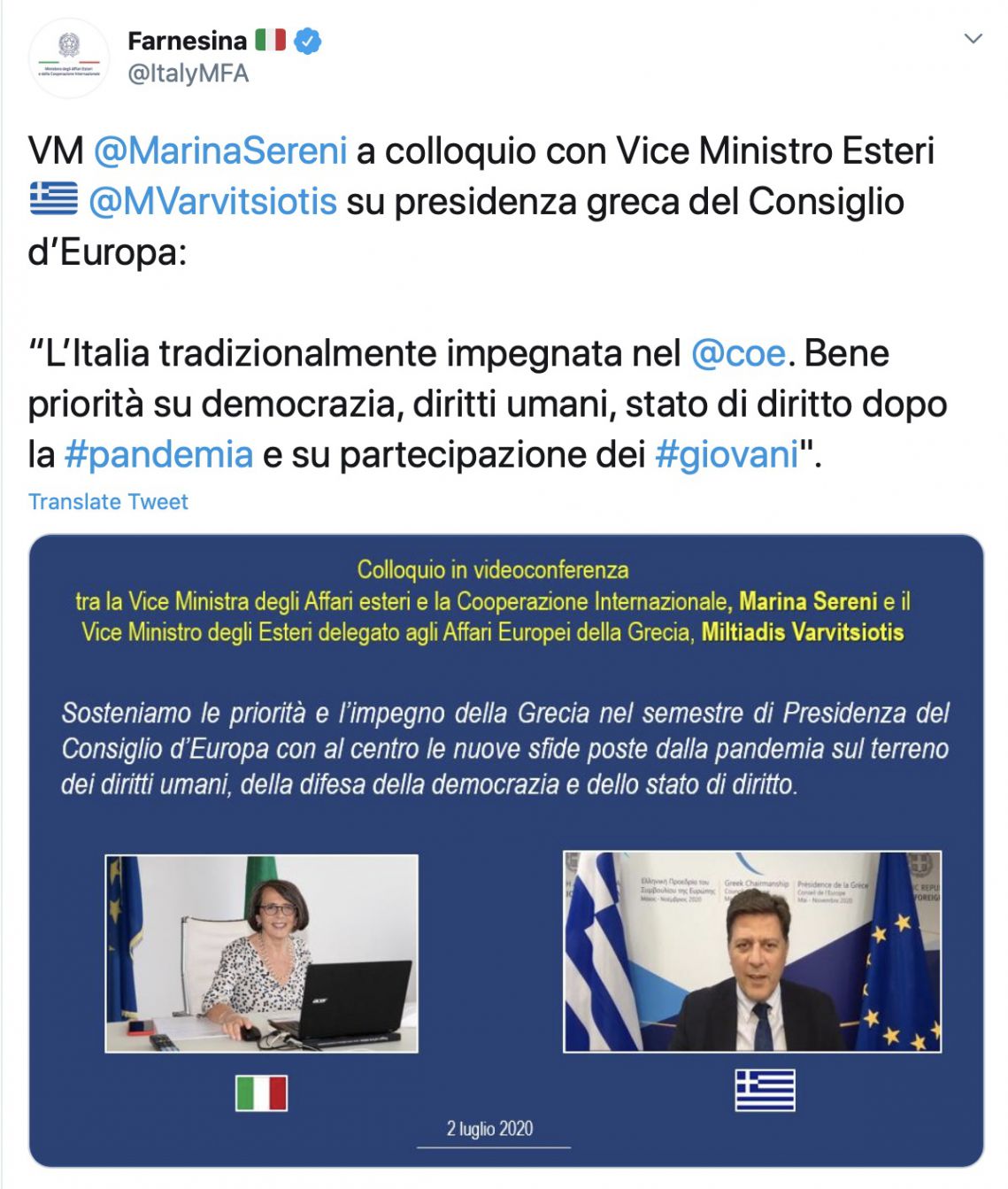