On 5 December 2020 the Ministry of Foreign Affairs and International Cooperation (MAECI) will be involved in the 16th edition of Contemporary Art Day, an event promoted by AMACI (Association of Italian Museums of Contemporary Art) that includes museums, foundations, and public and private institutions, in recounting the vitality of contemporary art in our Country.

The day will be marked by a series of initiatives run by AMACI museums, mainly in digital format. More specifically, works by nineteen artists chosen from as many museums will be presented.

The Foreign Affairs Ministry will be involved on two levels. First of all, from 5 to 11 December, MAECI’s foreign network will take part for the third year in the Contemporary Art Day – Italian Contemporary Art, presenting a wide range of activities, mainly digital, on Italian contemporary art. In particular, the Italian Cultural Institutes in Prague, Abu Dhabi, and Toronto will be running three webinars, during which some AMACI museum directors (that is, Lorenzo Balbi of Mambo, Elisabetta Barisoni of the Venice Civic Museums, and Cristiana Perrella of the “Luigi Pecci” Contemporary Arts Centre), will be talking to directors of museums abroad, about the horizons of the Italian arts scene, covering the widest international context. At the same time, the Institutes in Amsterdam, Washington, San Francisco, and Vienna will be organising four webinars on “Art and new technologies”, with experts Cesare Biasini Selvaggi and Valentino Catricalà. They co-authored the second edition of the “I Quaderni della Collezione Farnesina” series. The webinars will also involve artists engaged on that scene in various Countries around the world (that is, Formafantasma and Jeroean Junte, Danilo Correale, Elisa Giardina Papa and Martina Menegon). 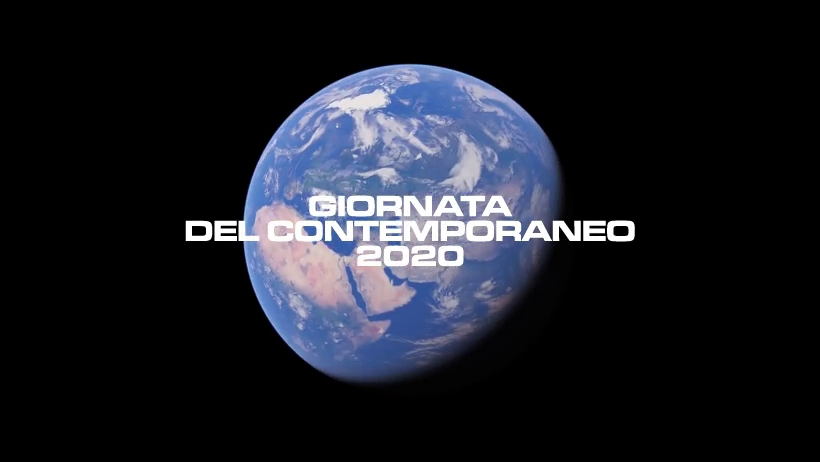 Secondly, MAECI will play its part in Contemporary Art Day in the form of some initiatives related to the Collezione Farnesina (Farnesina Collection) – the contemporary art collection housed in the Ministry’s halls. However, instead of the extraordinary opening to the public seen previously, this year it will be possible to visit the Collection in virtual mode, via ten short videos with sub-titles in English, on ten halls in the Building. Some works in the Collection, done in collaboration with the Touring Club Italiano will be dealt with in greater detail. These short videos will be available on MAECI’s and TCI’s websites and YouTube channels.

In addition, on the occasion of Contemporary Art Day, the second edition in the I Quaderni della Collezione Farnesina series, will be presented, entitled, Arte e tecnologia del terzo millennio. Scenari e protagonisti (Third Millennium Art and Technology. Scenes and Leading Figures) by Cesare Biasini Selvaggi and Valentino Catricalà, published by Electa. This volume contains an original overview of the relationship between art and new technologies, starting from the final decades of the 20th century to the most recent experimentations, and closes by focusing on more than eighty Italian artists currently at work in this sector, both in Italy and abroad. It will be possible to download a pdf version of this volume from the website of the Farnesina Collection.

Then, on 5 December the web series, Spazi d’artista (Artist’s Spaces) will be inaugurated. This web series was produced in collaboration with the Artribune magazine, and deals with ten artists in the Farnesina Collection, covering their careers and relations with the studios in which they work, providing a particularly interesting perspective, especially at this time of forced closures. The webseries will be made up of ten short films, broadcast once a month starting from 5 December, on Artribune’s website and social channels, as well as on MAECI’s YouTube channel. The first film will deal with Luca Pozzi.

Finally, on 11 December, the Foreign Affairs Ministry will have the pleasure of announcing another high-profile collaboration – an original, innovative, and fun tool for promoting Italian art and creativity, in the form of Lucca Comics&Games.

“The absolute star of this initiative is the art system, with its network of museums,...