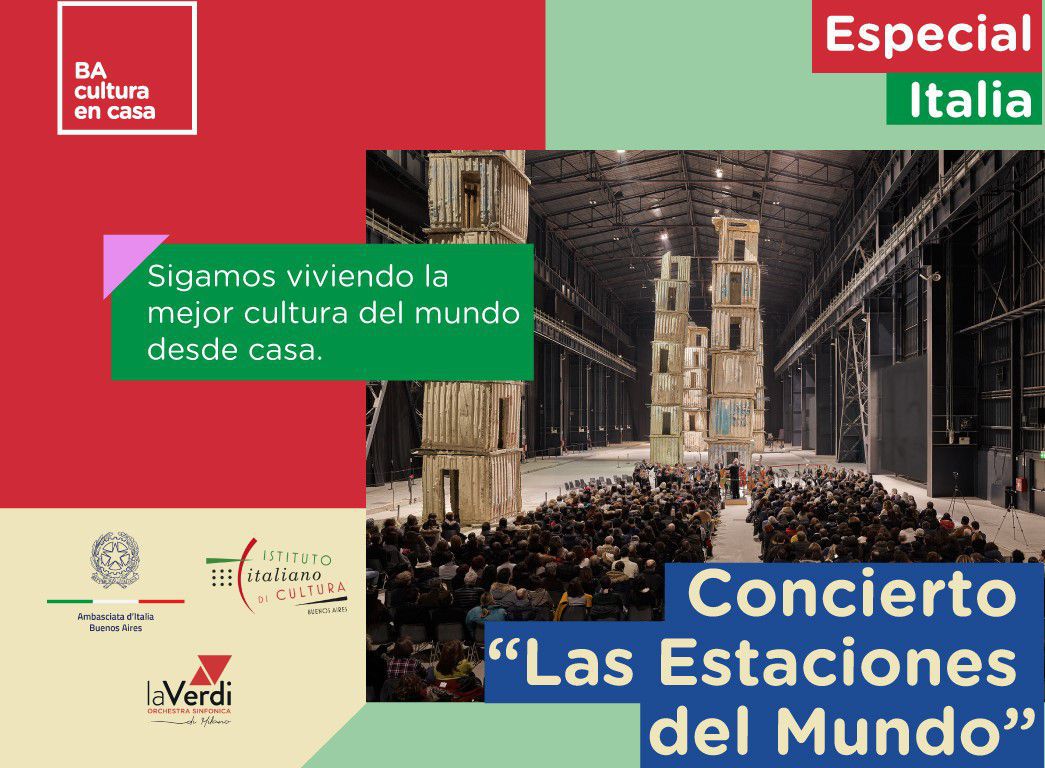 The initiative was born from a joint reflection between the Italian Cultural Institute of Buenos Aires and the Ministry of Culture of the City of Buenos Aires. The Cultural Bridge Italy – Buenos Aires is an innovative project of cultural collaboration. It is an entirely online-designed project that will allow the continuous interchange between cultural institutions and artists of the two countries in an era of social distancing. This condition has a significant impact on the world of the arts.

“The Cultural Bridge Italy – Buenos Aires Project we are launching today tries to follow up the fruitful link between two cultures that are close but geographically distant. The Projects eliminates spatial barriers thanks to the circulation and virtual dissemination of creative experiences. There will be an exchange of the existing cultural content, but also the promotion of original creations because of the dialogue between our artists and thinkers. It is a pilot program to draw the first map of possible collaborative actions between Italian and Argentinian cities, which today starts with a focus on Milan”, explains Donatella Cannova, Director of the Italian Cultural Institute of Buenos Aires. For the Minister of Culture of the City of Buenos Aires, Enrique Avogadro, “celebrating this bond demonstrates the importance that culture has in building the senses, belonging and values in society. It represents a refuge in these moments of uncertainty and a possible solution through cooperation in the face of this challenge that the whole of humanity is facing”.

Tonight’s concert, Le Stagioni del Mondo, organized by the La Verdi Foundation in Milan in January 2019, brings Vivaldi and Piazzolla together in a musical metaphor that expresses the brotherhood between the Italian and Argentinean peoples. The concert was held at Anselm Kiefer’s Sette Palazzi Celesti at Pirelli HangarBicocca, where the Ensemble la Barocca and the Orchestra Sinfonica di Milano Giuseppe Verdi, both conducted by Maestro Ruben Jais, made a stimulating musical comparison between Antonio Vivaldi’s “Four Seasons” and Las Cuatro Estaciones Porteñas that Astor Piazzolla composed, inspired by the Venetian masterpiece. Vivaldi and Piazzolla, at a distance of centuries and cultural miles, with their works, seem to give us the same message: the seasons of the soul or nature mark the same cycle in the life of every man on Earth. The program compares two radically different visions of the world, set to music by two different “sounds”: the modern one of the Orchestra Sinfonica di Milano Giuseppe Verdi, and the ancient one of the Ensemble la Barocca, a creature born in 2008 from the desire of its director Ruben Jais to form a group of musicians specialized in Baroque performance practice.

To know the program of the initiative: