The Italian Cultural Institute in Cairo, continuing its initiative of Italian-Egyptian musical exchange under the banner of Mediterranean music, is organising a concert called “Mediterraneo Ostinato” (Stubborn Mediterranean) on 8 September.

The event, designed in collaboration with Makan – Egyptian Center for Culture and Arts, which organises concerts that virtually unite the two shores of the Mediterranean, will feature a musical encounter between Banda Ikona (Italy) and the musicians of Nass Makan (Egypt).

The music of the Banda Ikona is a great tribute to the Mediterranean, to its contradictions, its millenary charm and its many cultures. The group makes use of instruments such as the Greek bouzouki, the Arab oud, the darbouka, together with those of the western tradition. The lyrics are in Sicilian, Hebrew, Serbo-Croatian, Arabic, French, Lingala – brought to Europe by immigrants from deepest Africa – and ancient Greek. Piccola Banda Ikona’s musical journey thus becomes a fascinating journey through the sounds and cultures of the Mediterranean, combined with the atmospheres of the popular tradition of central and southern Italy and Balkan, Greek and Sephardic melodies. The concert will be streamed online from 20:00. 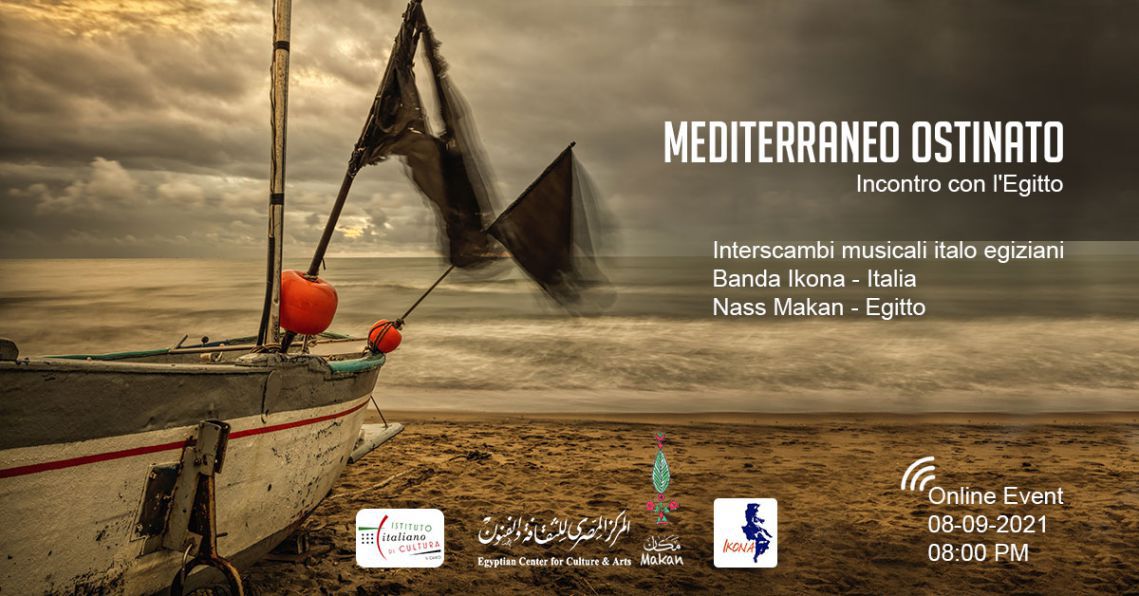 Jerusalem, Commemoration on the occasion of the International Holocaust Remembrance Day

The commemoration ceremony for Holocaust victims organised by the Italian Embassy in Israel and the...

The Italian Embassy in Manama, in collaboration with the Bahrain Authority for Culture and Antiquities...

“3CODESIGN”, a travelling exhibition on the theme of recycling and environmental sustainability, is now being...

The Italian Cultural Institute in Haifa organized three conferences on the presence of Etruscan civilization...