The Italian Cultural Institute of St. Petersburg has created an interactive multimedia map of the places Gogol frequented during his stay in Rome: the Colosseum, Via del Corso, the trattorias and churches, the lemonade sellers, the environment in which he was immersed during the creation of “Dead Souls”, the work he wrote while in Rome.

The map “Gogol’s Rome”, developed with the assistance of Rita Giuliani, Italy’s leading expert on the subject, together with the artists of the “Voic Lab” studio, was officially presented by the Consul General of Italy in St Petersburg, Alessandro Monti, the Director of the Italian Cultural Institute in St Petersburg, Paola Cioni, the curator of the project, Ol’ga Markarjan and artist Ivan Junickij.

To mark the launch of the project, a series of roundtables and streaming conferences will be held throughout September on the relationship between the famous Russian author and Italy, his stay in Rome and the new Italian translations of his work. 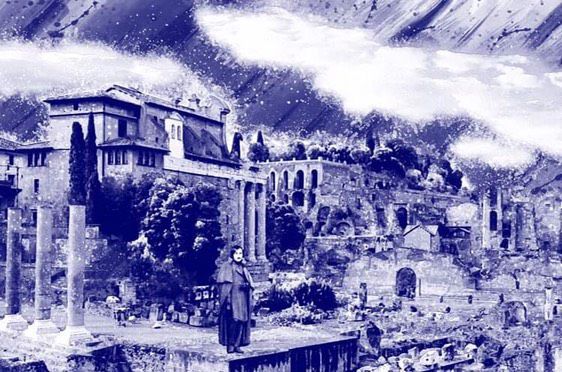