Italy has donated 1.2 million doses of the Astrazeneca vaccine to Iran. The announcement was made by the Italian Ambassador to Iran, Giuseppe Perrone, during an event organised by the Italian Embassy in Tehran to illustrate to the Iranian authorities and the public our country’s contribution to the fight against Covid-19 in Iran.  “Italy’s donation of 1.2 million doses of the Astrazeneca vaccine to Iran through the COVAX mechanism,” said Perrone, “testifies to the deep ties of solidarity and long-standing friendship between the two countries. “Italy and Iran were among the countries most affected at the beginning of the pandemic,” continued Ambassador Perrone, “and were both put to the test. Italy’s donation takes on even greater importance at a crucial time, such as this one, for the definitive overcoming the epidemic emergency at global level”

The event, held in a hybrid format at the Ambassador’s Residence in Tehran, was attended by authorities from the Iranian Ministries of Health and Foreign Affairs and the Centre for Infectious Disease Control (CDC), as well as representatives of the United Nations system in Iran. Speakers included virologists and experts from Italy, including Prof. Pontali from the Galliera Hospital in Genoa, as well as officials from Tehran’s Atieh Hospital, which recently signed a health collaboration agreement with the Galliera Hospital. The donation of vaccine doses, which will be delivered by UNICEF in the next few days, adds a new element to the collaboration between the two countries in the fight against the pandemic, which includes the transfer by Italy of 100,000 euros to the WHO for prevention activities and awareness-raising of the population about how to develop a socially responsible behaviour, plus a further 100,000 euros to the International Federation of Red Cross and Red Crescent Societies for the treatment of patients affected by the epidemic. Iran has recently accelerated its vaccination rollout and is now administering in the range of one million doses per day. So far, 20% of the population has received both doses. However, the pandemic continues to strongly affect the country’s unvaccinated population, with about 300 deaths per day and a positivity rate in excess of 10% of the swabs taken. 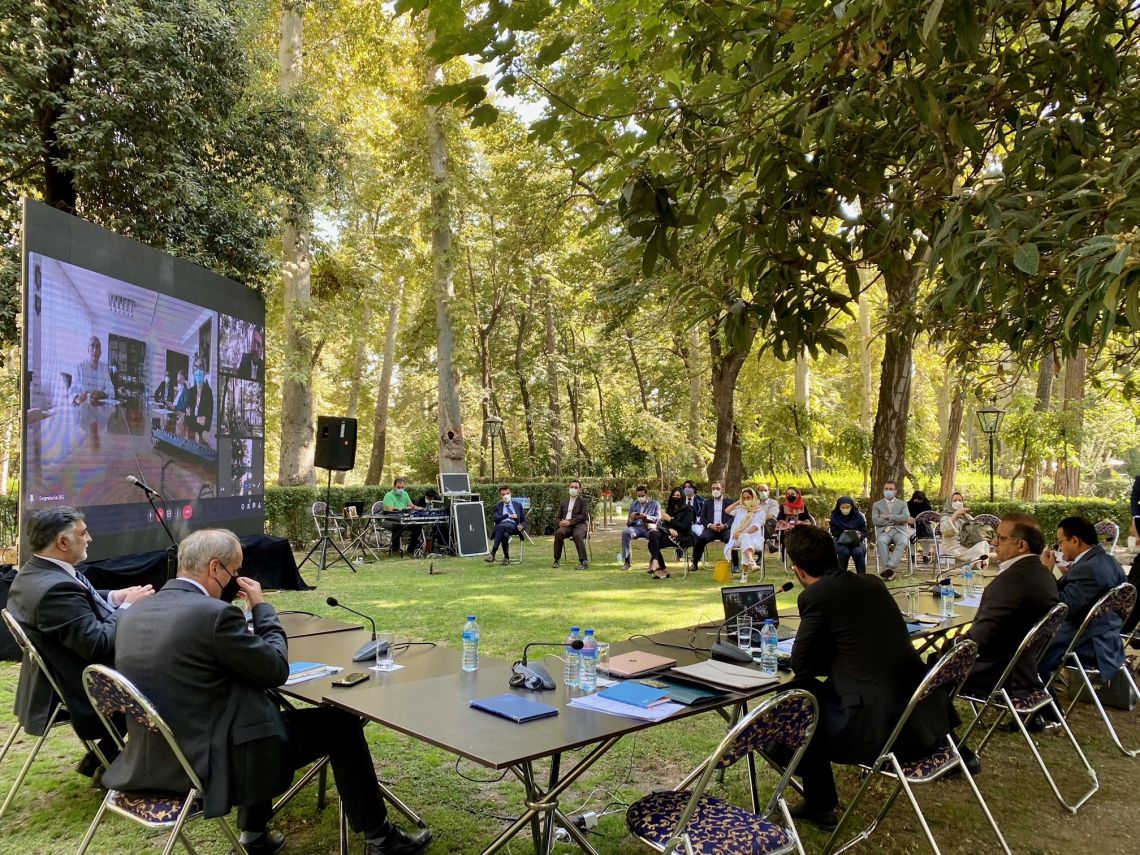 Today Italy delivered 796,800 doses of AstraZeneca vaccines to Jakarta, donated to Indonesia via the...

Del Re: peace negotiations, a decisive moment for Afghanistan

Vice Minister of Foreign Affairs and International Cooperation, Emanuela Del Re, spoke at the 2020...

The Minister of Foreign Affairs and International Cooperation, Luigi Di Maio, had a telephone conversation...