The Italian Cultural Institute of Pretoria and Durban’s Centre for Creative Arts are pleased to present the theatrical show “Twenty thousand leagues under the seas”, of the Italian theatre company ‘Teatro Potlach’, to be staged for the first time in South Africa, as part of Durban’s Poetry Africa festival.
Taking cue from Jules Verne’s novel, the actors will be immersed in a magical, dream-like context made of digital projections and cutting-edge LED lights, guiding the audience to discover the sea depths and Captain Nemo’s mysterious Nautilius.
The show, which was awarded several national and international prizes, has been and is being appreciated in theatres and festivals across the globe. The show – suitable for adults and for youngsters and children, aged 7 upwards – will be staged, free of charge, in Durban, at the Chris Seabrooke Music Center, DHS, on Friday 14 October and Sunday 16 October (two shows).
Following the collaboration with the University of KwaZulu-Natal, theatre company ‘Teatro Potlach’ will also be involved, from 15 to 17 October, in a number of workshops for students, artists and youngsters in Durban. 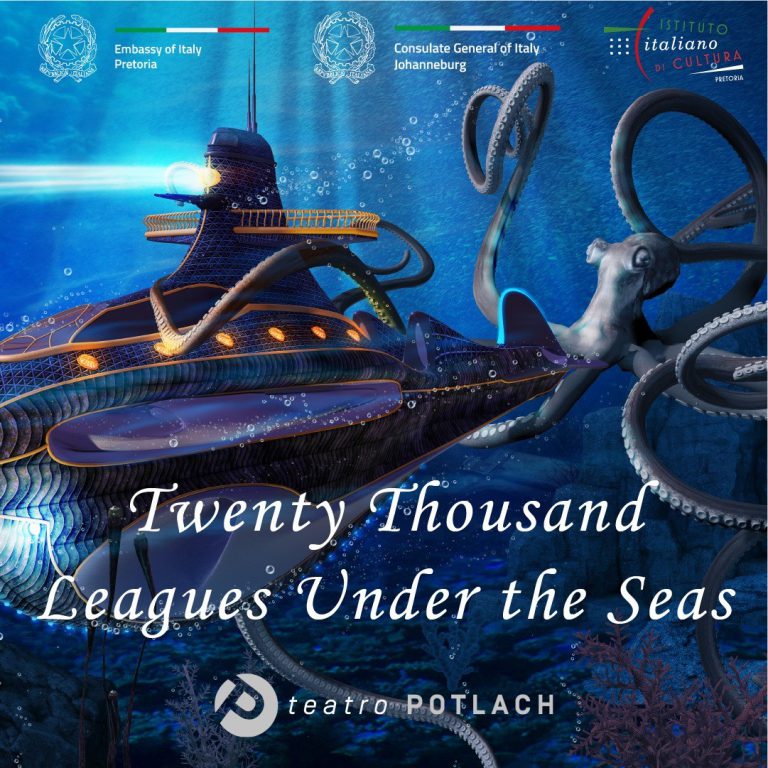 Celebration of the Week of Italian Cuisine in Ghana

The seventh edition of the Week of Italian Cuisine in the World was celebrated in...

The 3CODESIGN travelling exhibition promoted by the Ministry of Foreign Affairs and International Cooperation and...

Week of the Italian Language in Tanzania

The Italian Cultural Institute in Addis Ababa, in collaboration with the Embassy of Italy and...

The Italian Cultural Institute in Pretoria has organised two concerts by the eminent pianist Nazareno...

The Italian Cultural Institute in Addis Ababa – under the Cultural and Scientific Cooperation Agreement...