On 22 September, Italy’s Ambassador to Morocco, Armando Barucco, will inaugurate the first edition of the “MedFilm Festival au Maroc” to be staged until 25 September at the School of Visual Arts in Marrakesh and, from 29 September to 2 October, at the Cinéma Renaissance in Rabat.

The project, set up together with the Italian Cultural Institute in Rabat, the non-profit association Methexis, HIBA Foundation, the School of Visual Arts of Marrakesh (ESAV) and the Cinéma Renaissance of Rabat, offers a selection of eleven films, including Italian, French, Egyptian and Lebanese films that all have one characteristic in common: the “middle sea”, the Mediterranean, which is here a theatre of encounters and exchange, not only between people, but also of ideas and cultures.

The MedFilm Festival was created in 1995 and 27 editions have been staged in all the Mediterranean basin countries. It is the first event specialised in spreading Mediterranean cinema with the aim of promoting intercultural dialogue and cooperation between Europe and the countries of the southern shores of the Mediterranean and the Middle East. The decision to bring this unprecedented edition to Morocco is part of a more ambitious and articulated project promoting Italian cinema in the country, which began in May with “Il Nuovo Cinema Italiano di Rai Cinema” at the Cinéma Renaissance in Rabat, and which, following these two events in Marrakech and Rabat, will continue in Essaouira in October with the first edition of the festival “La Dolce Vita in Mogador”. 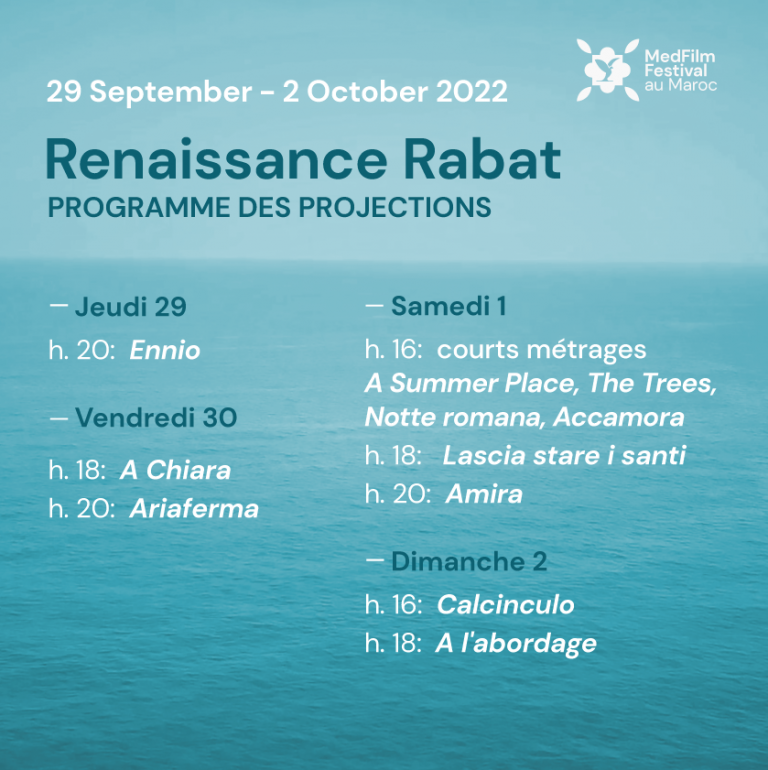 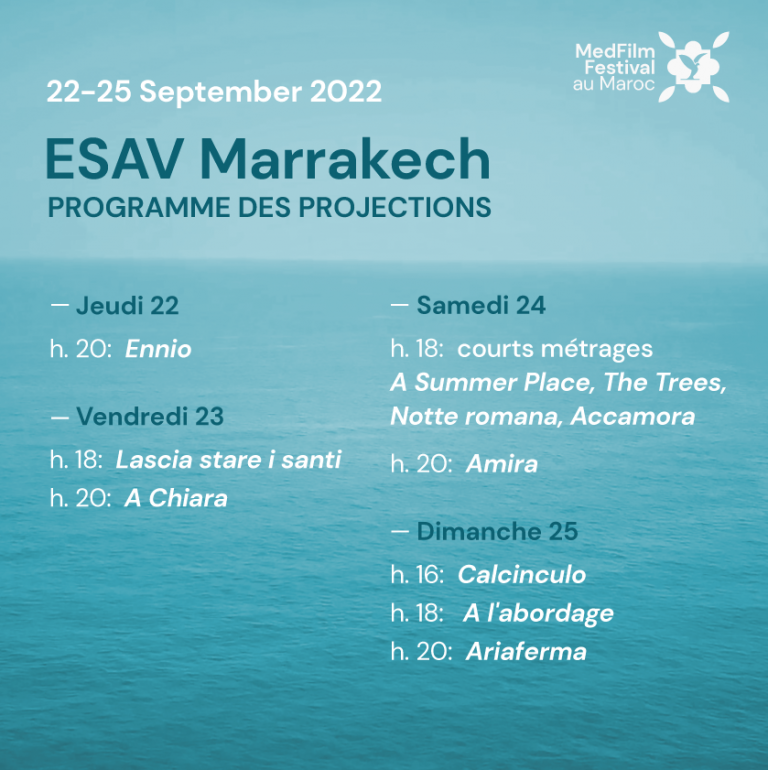 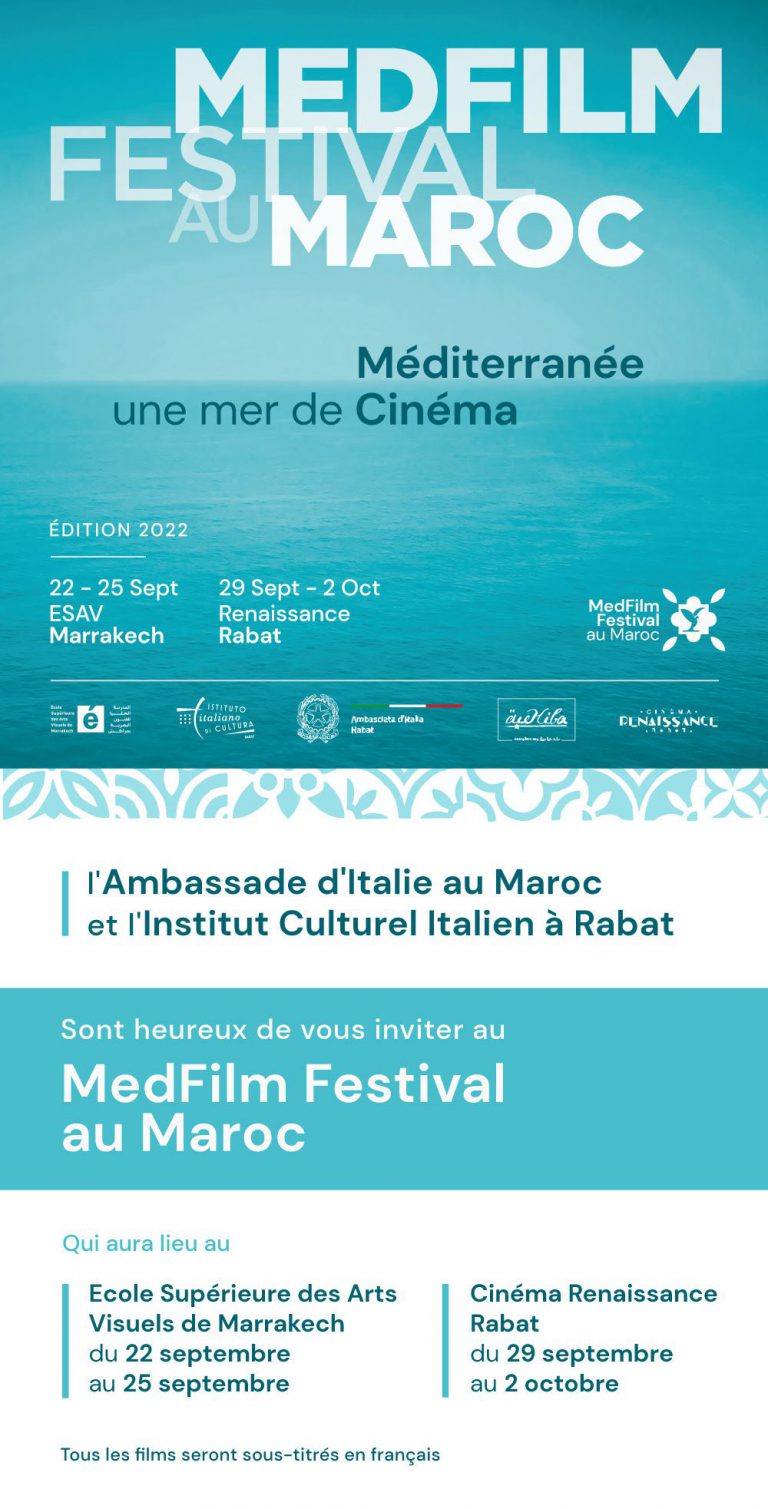 The Embassy of Italy in Abu Dhabi in partnership with SKIRA Editore (Milan, 2022) has...

A Thousand Wonders. A Journey to Discover Italy” premiered in Arabic at the Sharjah International Book...

The Italian Embassy in Libya organised the first edition of the “Marcus Aurelius Arch” Award addressed to representatives...

In coordination with the Italian Cultural Institute in Haifa and Cinecittà, ten Italian films will...