The Italian Cultural Institute of Bratislava will be organising the traditional Advent concert, to be held on 5 December at the Franciscan Church – the capital’s most ancient house of worship – and performed by the “Ensemble Arco Antiqua”, featuring a selection of sacred music that shall open and close with two unmissable key figures of Italian Baroque: Antonio Vivaldi and Tomaso Albinoni.

The core of the programme features a selection of unpublished cantatas for voice and basso continuo by Bergamo-born composer Giovanni Battista Brevi, an organist who performs in Bergamo, Novara and Milan. The motets presented in the programme belong to a collection of the library of the Museum of Music in Bologna, one of Italy’s foremost musical institutions. A sonata by 17th-century composer Isabella Leonarda will be performed too. She was the mother superior of the Collegio di Sant’Orsola in Novara and a refined composer who, despite the difficulties of the time, actually succeeded in becoming ‘maestro di cappella’ of her city’s Duomo: an extraordinary feat for the period, which unmistakably proves how appreciated she was in the musical sphere.

The “Ensemble Arco Antiqua” shall perform in Bratislava with the following line-up: Aurelio Schiavoni, Countertenor with Alto voice; Gabriele Levi , Harpsichord; Silvia de Rosso, Viols and Luca Ventimiglia, Flutes. The “Ensemble Arco Antiqua” Association, based in Arco, in the Garda Trentino area, strives to spread musical culture and consists of professionals from all over the world, specialising in early music at renowned European academies, such as the Schola Cantorum Basiliensis, the Musikhochschule in Trossingen, the Royal Academy in London, and the early music departments of the Conservatory of Vicenza and the Conservatory of Venice. 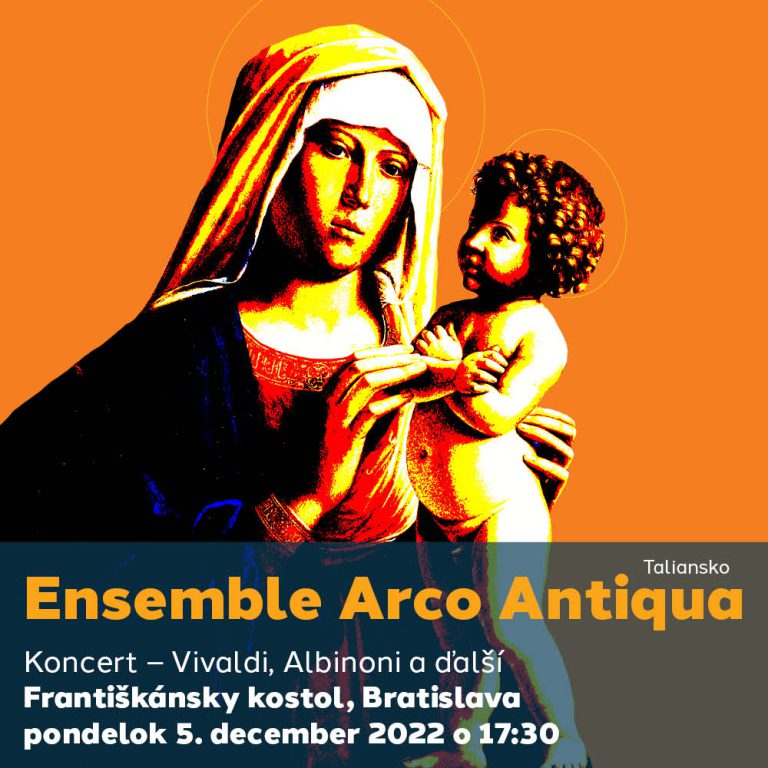 The Italian Embassy and the Italian Cultural Institute of Bucharest have organised the exhibition “Universo...

The Italian Embassy in London and the Italian Cultural Institute have organised a conversation on...

Bambino Gesù, an audiovisual history of the Children's Hospital

Project with UniNettuno University's CAST Research Centre presented at the Italian Embassy to the Holy...