The Mixed Committee for the implementation of the Italian-Israeli Cooperation Agreement on industrial, scientific, and technological research and development held its 15th session in Tel Aviv on 13 September. With the assistance of the Italian Embassy, the Italian delegation led by Fabrizio Nicoletti, Head of the Scientific and Technological Cooperation Unit at the Italian Ministry of Foreign Affairs and International Cooperation, and the Israeli delegation led by Avi Hasson, Chief Scientist at Israel’s Ministry of Economy, agreed to co-finance 16 new research and innovation projects proposed by businesses, universities, and research centres that responded to notices published in early 2016.

The Committee also approved the establishment of two new Joint Laboratories in Italy. The first will be dedicated to nanoelectronics and will be co-run by the Scuola Normale Superiore di Pisa (SNS) and the Weizmann Institute of Science. The second will focus on optics and will be jointly run by the National Institute for Optics at the Italian National Research Center (CNR) and Tel Aviv University. Both universities will receive 175,000 euros in funds per year.

During the session, the Committee also decided to award the “Rita Levi Montalcini” prize, established by the Memorandum of Understanding signed between the Israeli Council for Higher Education and Italy’s MAECI and MIUR, to the “Mechanical and magnetic properties of amorphous advanced materials” project at the Department of Physics of La Sapienza University of Rome, which will host Prof. Itamar Procaccia of the Weizmann Institute of Science for four months. The official ceremony for the presentation of the award will take place at the Farnesina in early November.

The Cooperation Agreement is one of the pillars of Italy and Israel’s bilateral relations. Over the years, it has led to important spillovers in the strategic field of research and development, as well as for employment. Since 2002, it has resulted in the funding of 110 industrial research and development programmes, 50 fundamental research projects, 7 joint laboratories, and more than 130 bilateral initiatives. 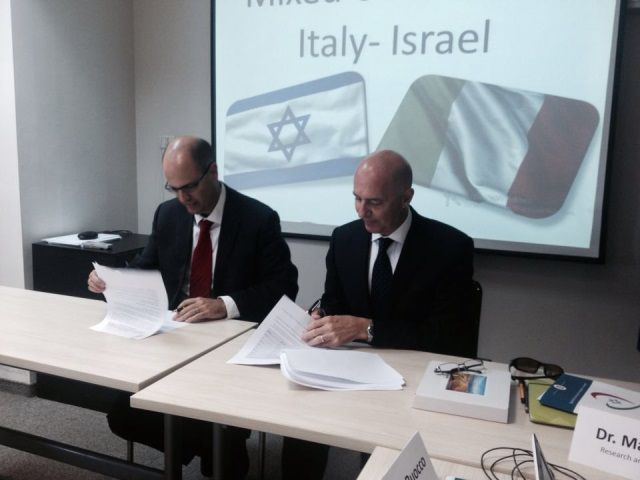 The Embassy of Italy in Israel and the Italian Cultural Institute of Tel Aviv have...

A two-day debate between archaeologists will be taking place in Tunisia on Saturday 27 and...

Israel: the Association of Italian Scholars and Scientists was founded

The "Association of Italian Scholars and Scientists in Israel" (AISSI) was founded, including Italian professors,...

The Ministry of Foreign Affairs, together with the CRUI Foundation and MUR promotes the 2020...