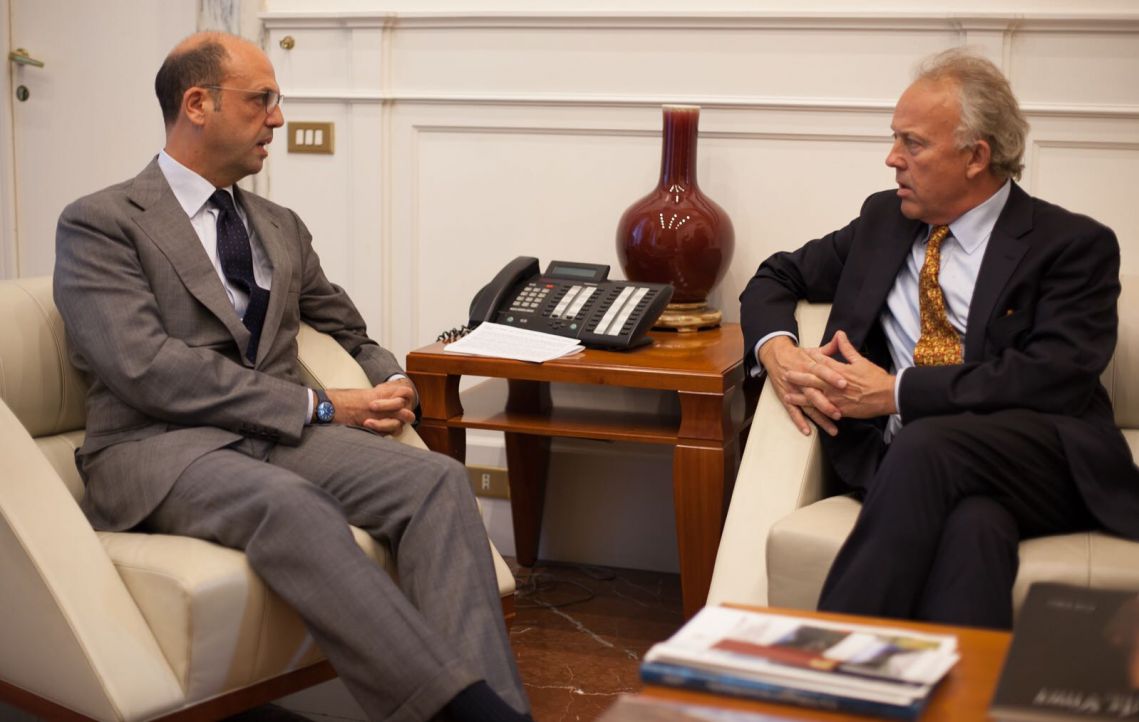 The Minister of Foreign Affairs and International Cooperation, Angelino Alfano met the UN Secretary General Special Representative for Somalia, Michael Keating at the Ministry of Foreign Affairs and International Cooperation. Alfano reaffirmed his condemnation of the vile terrorist attack carried out in Mogadishu a few days ago, and expressed Italy’s deep sense of solidarity with both the government and the people of Somalia.

The Foreign Minister Alfano, and the Special Representative Keating agreed on the importance for both Somali institutions and the people of Somalia to keep up a spirit of unity and solidarity to foster peace in Somalia, especially in view of its difficult situation.

The UNSGSP Keating thanked Italy for its ongoing commitment to Somalia. He referred to the historic links between Rome and Mogadishu and hoped that Italy would continue to support the stabilisation and development of the country at both bilateral and multilateral levels, also within the scope of the Italian Presidency of the G7 and in its position as a member of the UN Security Council.