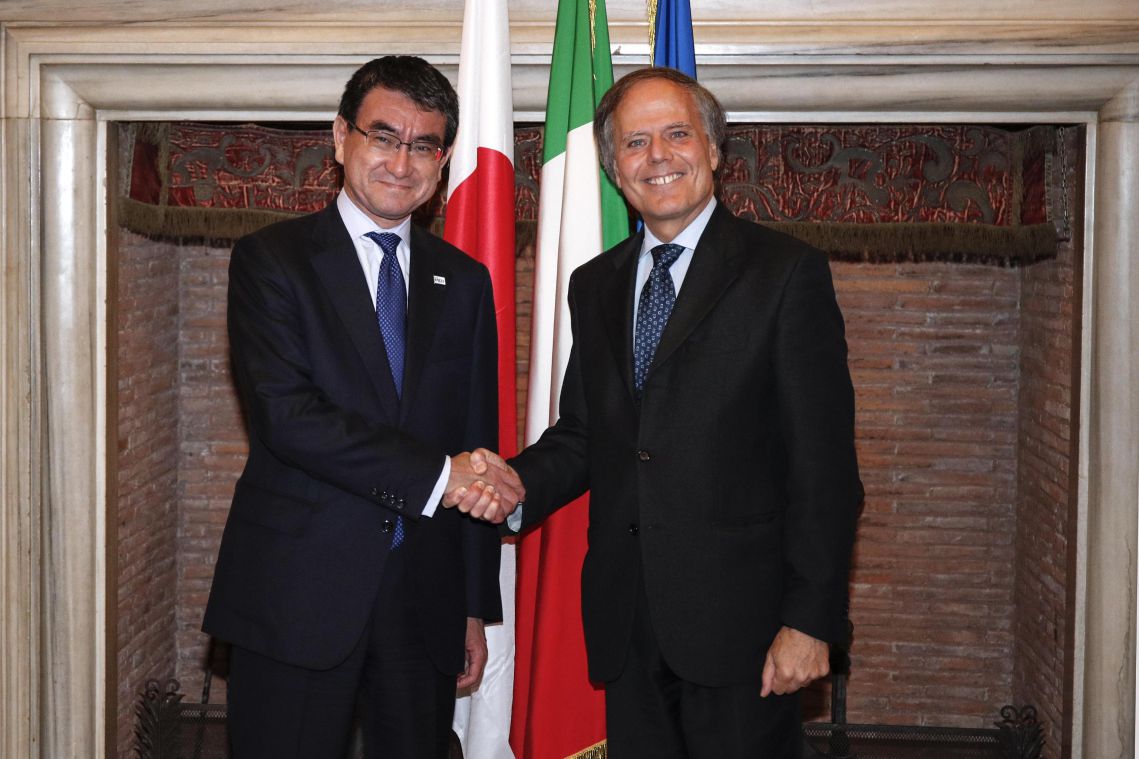 This evening, the Minister of Foreign Affairs and International Cooperation, Enzo Moavero Milanesi, received at Villa Madama the Foreign Minister of Japan, Taro Kono, who is in Rome to attend the “MED Dialogues” Conference.

The two ministers – who already met in New York less than two months ago on the sidelines of the United Nations General Assembly – made an evaluation of current bilateral relations, which are considered to be particularly dynamic and promising, and also of all the other internationally relevant issues of mutual interest.

“I am very pleased with the overall budget of the first joint committee of 2018, which approved 42 projects for a total of about 265 million euros”

“I am very pleased with the overall budget of the first joint committee of 2018,...

Minister Alfano and Defence Minister Pinotti will take part today, at 3 p.m., in a...

NOTE BY THE FOREIGN MINISTRY - Cooperation

The 3rd edition of Rome Med, the 3-day event for a positive agenda kicks off...

Cooperation. Projects and initiatives worth more than 18 million euros approved

The Minister of Foreign Affairs and International Cooperation, Angelino Alfano, chaired the Joint Committee for...

The Minister of Foreign Affairs and International Cooperation, Angelino Alfano, will be in Tallinn today...

"In order to tackle the most serious humanitarian crises, we have arranged for a 9-million-euro...