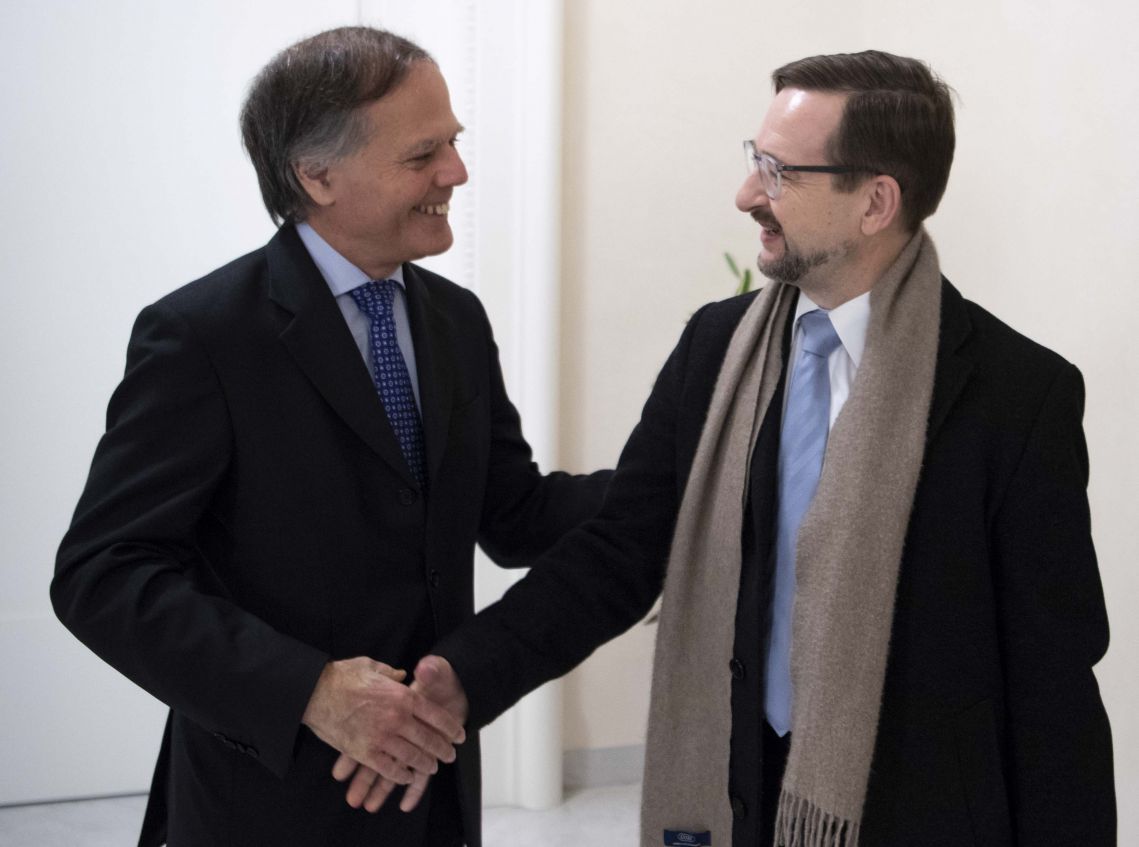 As part of the preparations for the Ministerial Council meeting of the Organization for Security and Cooperation in Europe (OSCE) convening the Organization’s 57 Participating States in Milan next 6 and 7 December, the Italian Foreign Minister and Chairperson-in-Office, Enzo Moavero Milanesi, today received at the Farnesina the Secretary General of OSCE, Ambassador Thomas Greminger.

Minister Moavero and Secretary General Greminger had an extensive exchange of views on the preparation of the Milan Council meeting, its priorities and aims. Minister Moavero especially stressed the need to focus the ministers’ debate on the opportunities arising from strengthening dialogue and cooperation with the Countries bordering on the southern shore of the Mediterranean. Indeed, for the OSCE, the security of the Mediterranean Basin is equally important as, and complementary to, the security of the broader area stretching “from Vancouver to Vladivostok” covered by the Organization. They also discussed the value added offered by the Organization, not only by managing situations of crisis but also by positively strengthening cooperation among the OSCE Participating States in areas as relevant as combating corruption and illicit trafficking, including of cultural property, which undermines the very identity of our communities, as well as promoting the opportunities linked to the digital transformation of economic systems and the development of human capital.

Minister of Foreign Affairs and International Cooperation, Enzo Moavero Milanesi had a series of meetings...

Minister Moavero Milanesi with the Foreign Ministers of Azerbaijan and Armenia at the OSCE Ministerial...

The Minister of Foreign Affairs and International Cooperation, Enzo Moavero Milanesi, met with the President...

In his first address to the OSCE Permanent Council since his appointment as Minister of...