The Minister of Foreign Affairs and International Cooperation, Enzo Moavero Milanesi, is on a mission to Brussels on 21 and 22 January to attend the EU Foreign Affairs Council and the EU–ASEAN (Association of Southeast Asian Nations) and EU-AU (African Union) Ministerial Meetings.

The Foreign Affairs Council will have the following points up for discussion: Venezuela, Syria, Yemen and the recent elections in the Democratic Republic of Congo. The agenda will continue with a debate to prepare for the afternoon meeting between the Ministers of the EU and of the ASEAN Countries and the meeting with the Ministers of the Arab League, which is due to take place on the sidelines of the Foreign Affairs Council of 4 February. Another issue to be debated is the EU Action Plan against Disinformation.

On the agenda of the EU–ASEAN Ministerial Meeting is the development of a strategic partnership capable of putting forward effective answers to the great global challenges. The regional integration models of the European Union and of the Southeast Asian Countries can become a driver of peace and sustainable development in the two Continents. It should be noted that the European Union is the world’s leading economy and that the ASEAN Countries comprehensively occupy the fifth place. These Countries therefore represent an area of key importance for the development of EU trade policies and an important interlocutor in the political dialogue and for the security of the two regions.

At the EU-African Union Ministerial Meeting scheduled for 22 January, the Ministers will debate issues of common interest, including the following: peace and security, trade, investments and the economic integration of the continent, in addition to migration and mobility, education and professional training. Minister Moavero intends to emphasise the priority that he gives to the relationship between African States and Italy, as is testified by the success recorded by the Italy-Africa Conference held in Rome last 25 October. He also intends to reaffirm Italy’s active engagement in the ongoing negotiations of the next EU Multiannual Financial Framework (MFF) with the aim of assuring a considerable increase of the resources to finance investments in Africa.

During his stay in Brussels, Minister Moavero Milanesi will also attend several bilateral meetings, in particular with the German Foreign Affairs Minister, Heiko Maas, with the Secretary General of the ASEAN, Dato Lim Jock Hoi, and with the Ministers of Foreign Affairs of Malaysia, Dato’ Saifuddin Abdullah, and of Singapore, Vivian Balakrishnan. Lastly, he is scheduled to meet representatives of the Italian European MPs at the European Parliament. 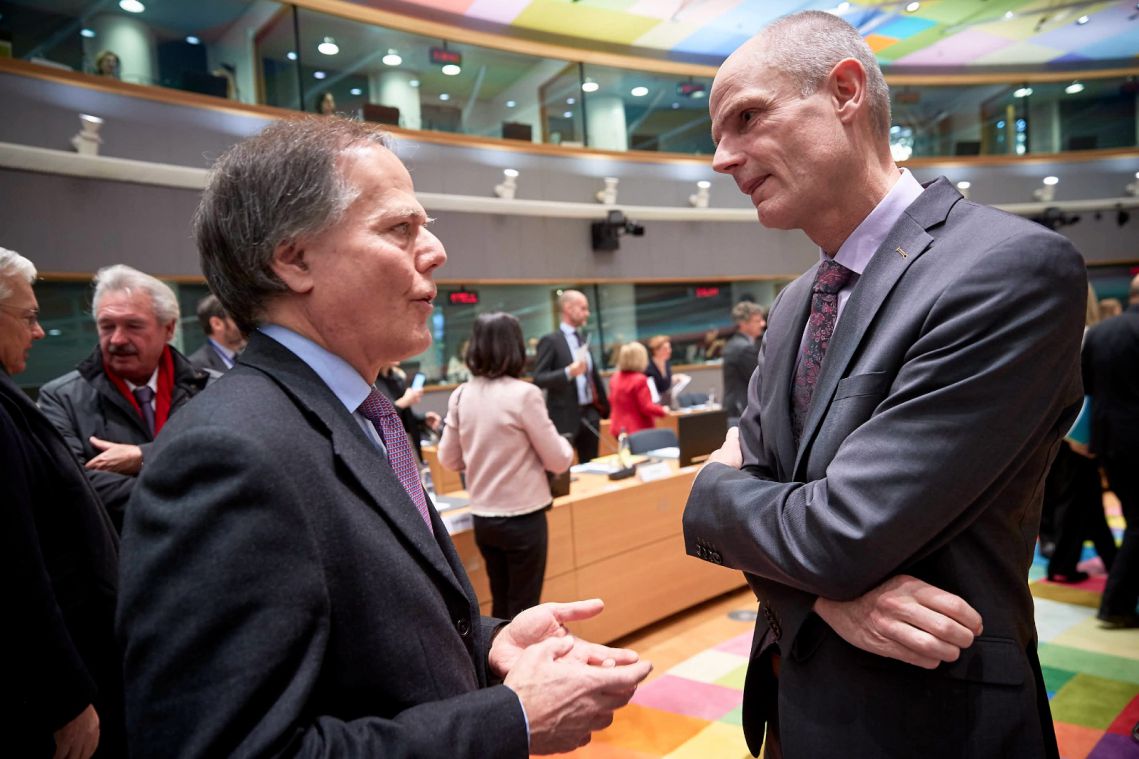