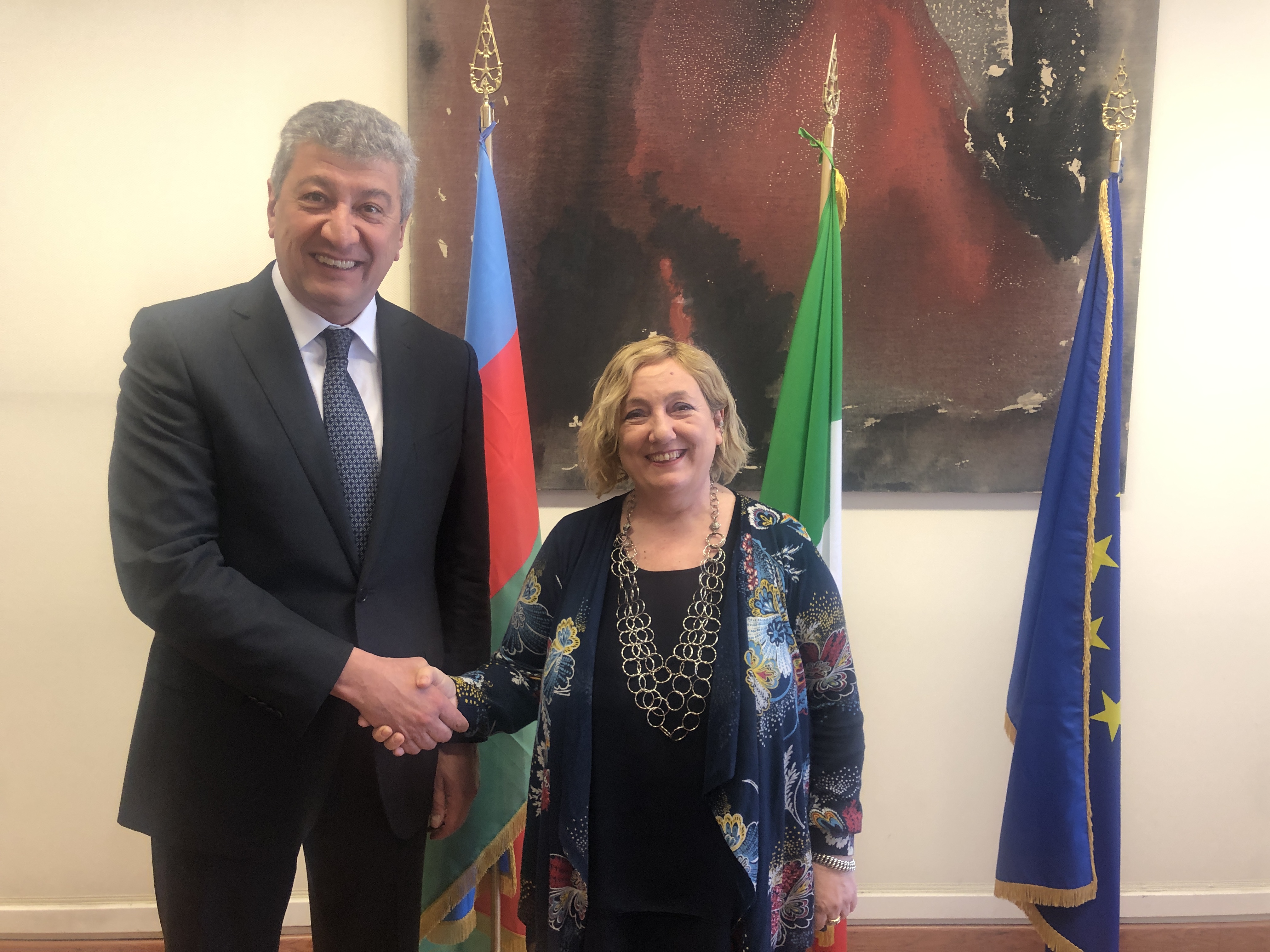 The talks also focused on upcoming visits that can further political dialogue, including the possible Azerbaijani President’ State Visit to Italy following the visit made by the President of the Republic of Italy to Azerbaijan last July. The two parties are also working to set a date shortly for the next session of the Intergovernmental Committee on Economic Cooperation. Trade between Italy and Azerbaijan has been growing steadily over the past few years totalling 5.8 billion euros in 2018, confirming Italy as Azerbaijan’s leading trade partner.

Deputy Minister Del Re also said that considering the structural imbalance of the balance of trade, it is likely that Italian investments in Azerbaijan would increase, and made a specific reference to the interest voiced by some Italian companies. Finally, it was agreed to explore possible synergies between Italy and Azerbaijan in the field of development cooperation by means of an agreement between the competent governmental agencies.

Del Re. Opportunities and potential for recovery in the Indian Ocean

The Vice Minister of Foreign Affairs and International Cooperation, Emanuela Del Re, opened the virtual...

Del Re. Strengthening cooperation between Mediterranean and Indian Ocean for economic recovery

Del Re: peace negotiations, a decisive moment for Afghanistan

Vice Minister of Foreign Affairs and International Cooperation, Emanuela Del Re, spoke at the 2020...

In response to the humanitarian emergency caused by the escalation of hostilities in the Nagorno-Karabakh...

Deputy Foreign Minister, Emanuela Del Re, is in Nagoya, Japan, to attend the G20 Foreign...

Deputy Foreign Minister, Emanuela Del Re, is in Nagoya, Japan, to attend the G20...

Deputy Foreign Minister, Emanuela Del Re, is in Nagoya, Japan, to attend the G20 Foreign...

In response to the extremely serious humanitarian crisis that continues to afflict Yemen, the Deputy...