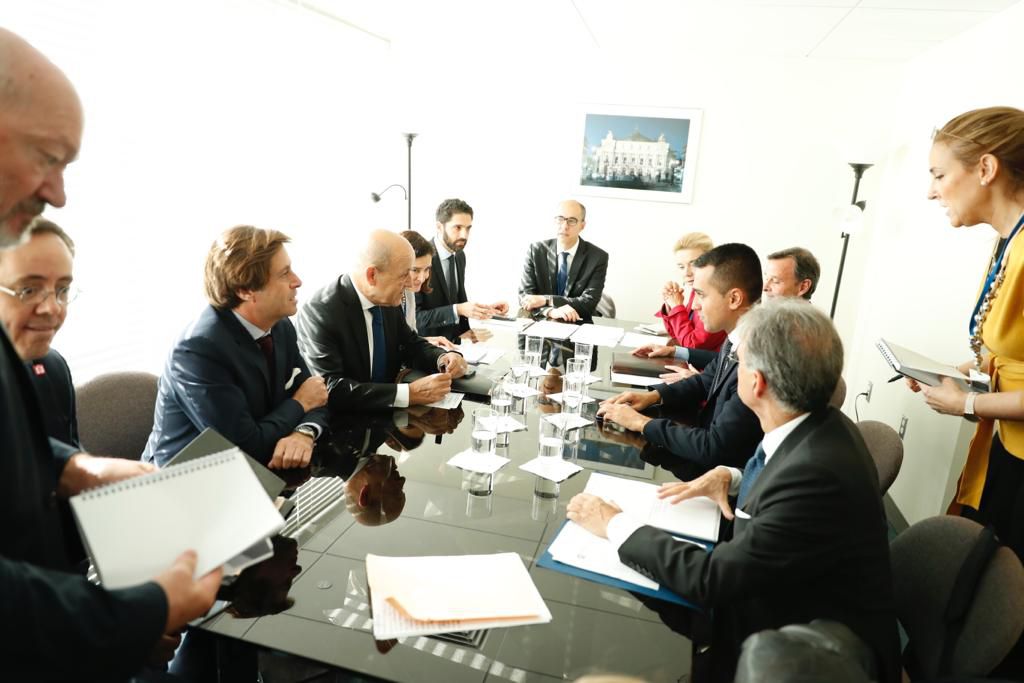 The Minister of Foreign Affairs and International Cooperation, Luigi Di Maio, had a constructive and cordial meeting with the French Foreign Minister, Jean-Yves Le Drian, on the fringes of the UNGA.

The meeting’s intense agenda focused on the two Countries’ bilateral and European relations and especially dwelt on Libya. Special attention was also placed on the migration issue, in respect of which Minister Di Maio clearly affirmed that it is a priority for Europe to adopt a common migration policy based on the principle of burden sharing and solidarity among member States, superseding the obsolete criteria set out in the Dublin Regulation. The Italian Foreign Minister went on to emphasise the necessity to obtain clearer commitments from Third Countries to repatriate their citizens illegally present in EU Countries and tighten cooperation with the Countries of origin and transit of migrants.

In relation to Libya, Minister Di Maio expressed the will to increase joint efforts with France to put an end to the fighting and relaunch the political process, focusing attention on loosening tensions, putting in place a lasting ceasefire, fully respecting the UN embargo and outlining adequate economic and security guarantees to rebuild mutual trust between the Libyan parties.

The two ministers recorded a great convergence of views and in their intention to work in close coordination over the next few months.