Italy’s Permanent Representative at the United Nations and other International Organisations in Geneva, Ambassador Gian Lorenzo Cornado, spoke today at an event entitled “Update on Preparations for the UN Climate Change Conference COP26”, organised by the United Kingdom’s Permanent Representative in Geneva, in view of COP26 to be held in Glasgow from 31 October to 12 November. 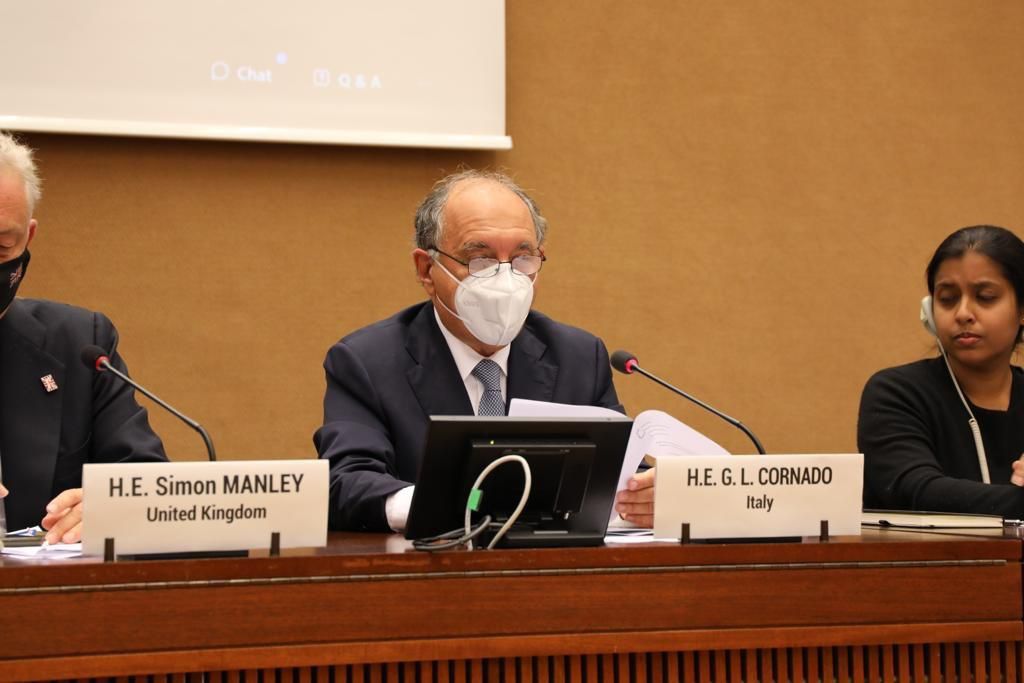 In his speech, Ambassador Cornado reminded those present that, after the G20 in Naples, as part of its co-Presidency of the COP26 with the United Kingdom, Italy contributed with two inclusive, ambitious events: Youth4Climate: Driving Ambition” in Milan from 28 September to 2 October, and the “Pre-COP26”.

At the “Youth4Climate: Driving Ambition” event, 400 youth aged between 15 and 29 and hailing from the 197 Member States of the United Nations Framework Convention on Climate Change, took part in work groups in preparing concrete proposals, aimed at mitigating climate change. These recommendations were presented at the “Pre-COP26” event, which was attended by Ministers and experts, and will make a contribution to COP26 in Glasgow. 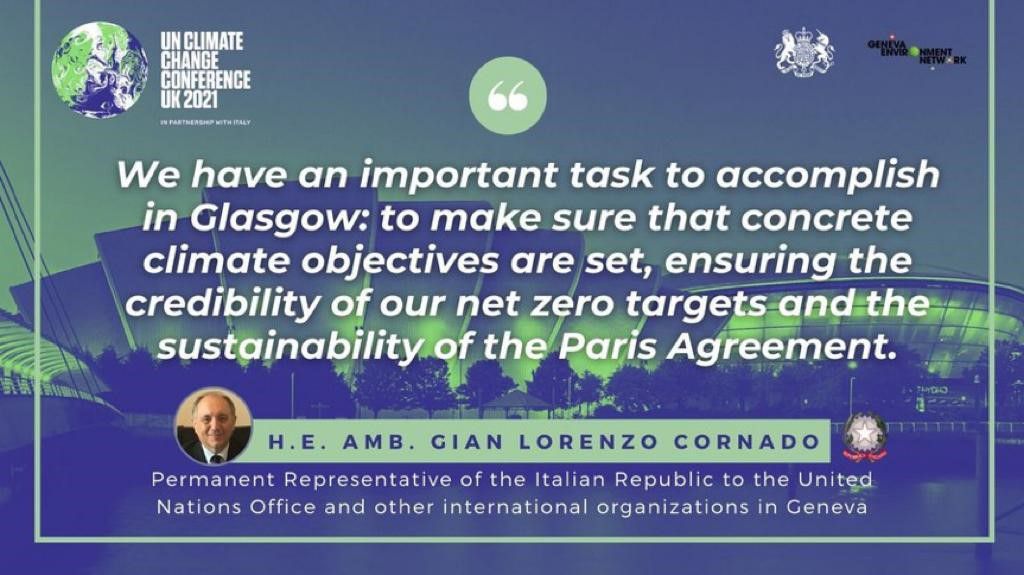 “The citizens of the world under the age of 30 will inherit a warmer climate, that is more unpredictable, with huge implications for their future. But,” stated Ambassador Cornado, “they will also have to power to plot their course, referring to those responsible for the policies, and proposing innovative solutions, while recounting their experiences, as well as collaborating with one another beyond national boundaries”.

The Italian Ambassador concluded his talk by highlighting the importance of involving the widest possible array of “non-state players”, including the youth: “Their real, more wide-ranging involvement was an important milestone in the days dedicated to climate in Milan. Reducing inequalities, involving new generations in the decision-making processes, and facilitating a programme of public / private aid, are just come of the proposals that came out of the meetings”. 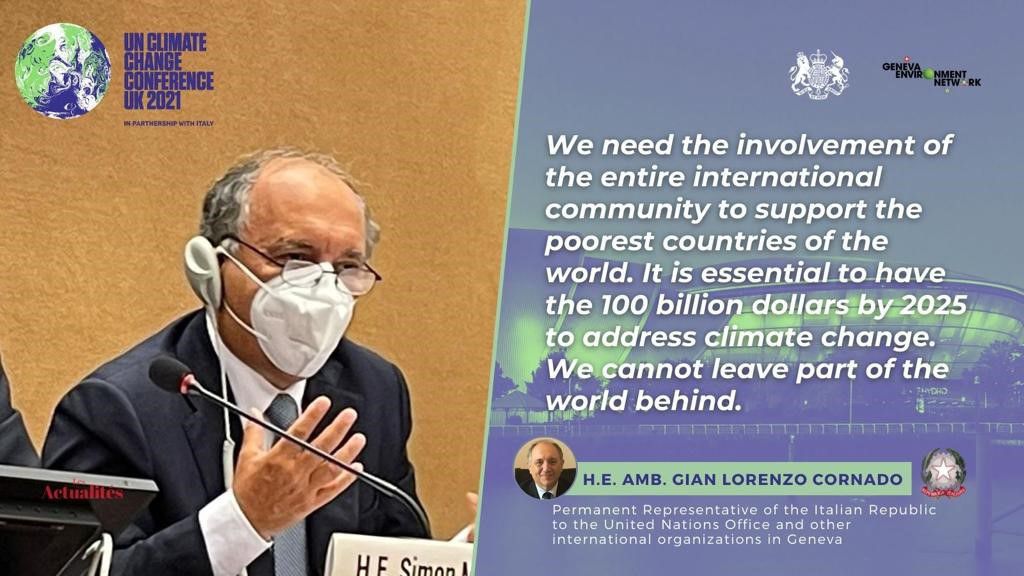 Conference on green and digital tourism in Zagreb

The Italian Embassy in Croatia organized a conference on green and digital tourism in Zagreb...

The Italian Embassy in Sarajevo was among the guests of honour at the “Conference on...

Webinar on the Blue Economy in Lisbon

Lisbon, webinar on aerospace for the economy and the environment

The Italian Embassy in Lisbon has organized a webinar to discuss the opportunities offered by...

On 29 September, the Italian Embassy in Brussels hosted an initiative to promote Italian design,...

Paris: a round table on hydrogen and energy transition

Energy transition and the role of hydrogen were the focus of a round table organised...

COP26, cycling from Munich to Milan in "Climate Rally"

The participants of the "Climate Rally" initiative are in Italy. Twenty young people from Italy,...