Ambassador Maurizio Greganti travelled to the Iraqi Kurdistan Region in northern Iraq for his first mission outside the capital city Baghdad. During his five-day visit, accompanied by the Consul in Erbil, Michele Camerota, and the Defense Attaché of the Embassy, Col. Luigi Sambin, the Ambassador met with the main Authorities of the Autonomous Region, including the President of the Kurdistan Region, Nechirvan Barzani, and many representatives of the local civil society – such as the Chaldean-Catholic Archbishop, Bashar Warda – and Italian officials working in UN agencies in the Region. On the sidelines of the mission, the Ambassador visited the Italian contingent at Camp Singara and participated as guest of honour in the roundtable organized by the Middle East Research Institute in Erbil.

Ambassador Greganti was able to personally assess the impact of Italy and Kurdistan’s cooperation, starting with Italy’s efforts to stabilize the Region and the whole of Iraq. The talks showed great appreciation and gratitude by the local Authorities for Italy’s commitment to the Global Coalition against Daesh – whose last Ministerial meeting took place in Italy in June 2021 – with Italy being one of the Coalition’s largest contributors in terms of troops on the ground and for having provided the training of over 130,000 Peshmerga and Iraqi soldiers. During his talks, the Ambassador confirmed the importance of the Italian-Iraqi relationship – as highlighted during Minister Luigi Di Maio’s visit in December 2021 – and reaffirmed Italy’s full support for the defeat of Daesh also within the NATO Mission in Iraq, whose leadership will be taken on by Italy starting from May 2022. 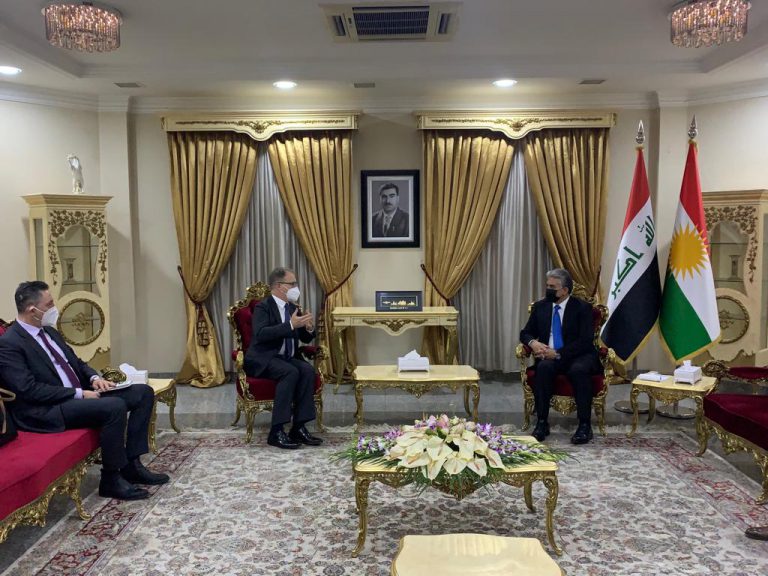 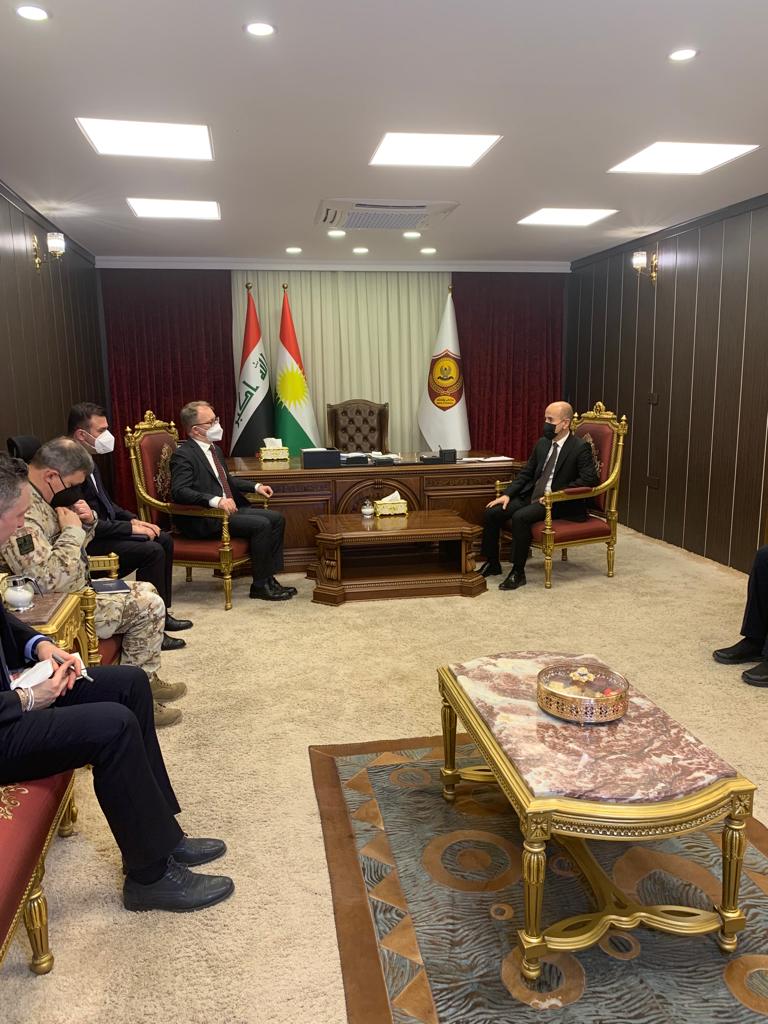 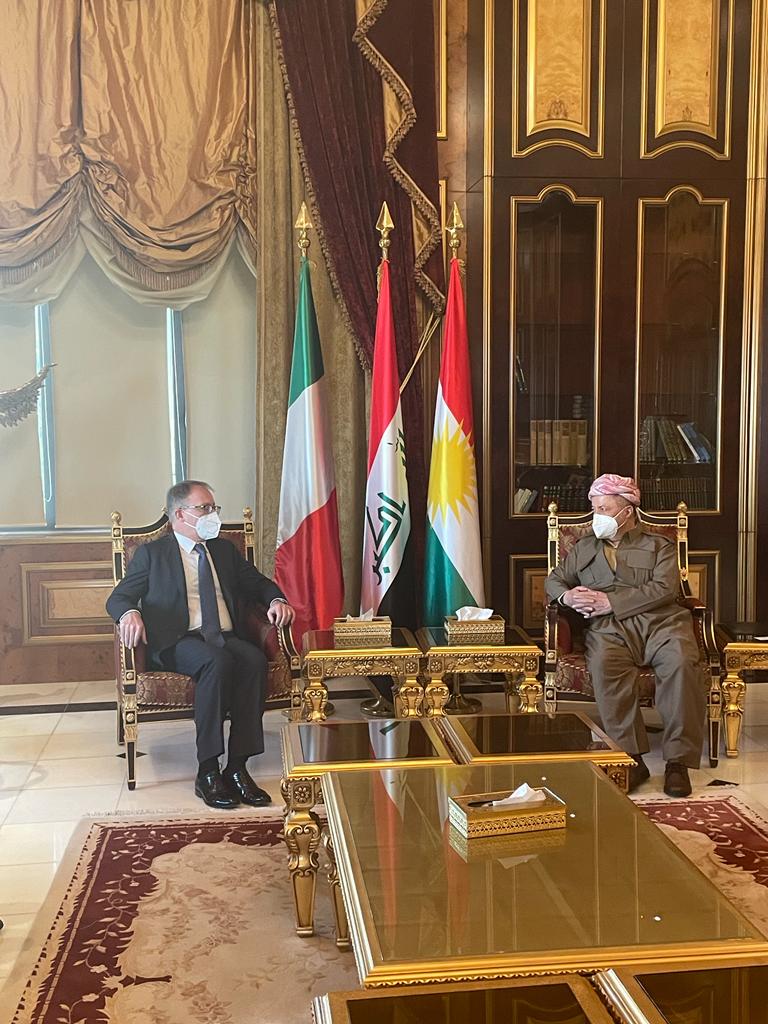 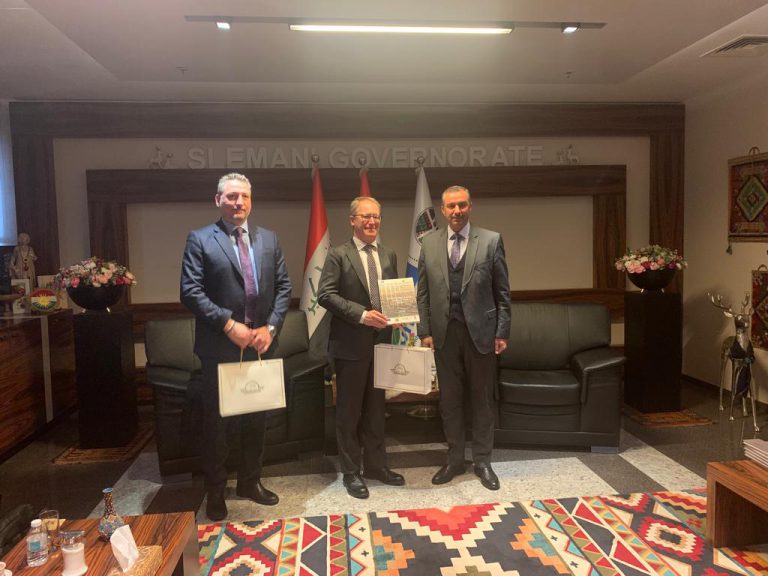 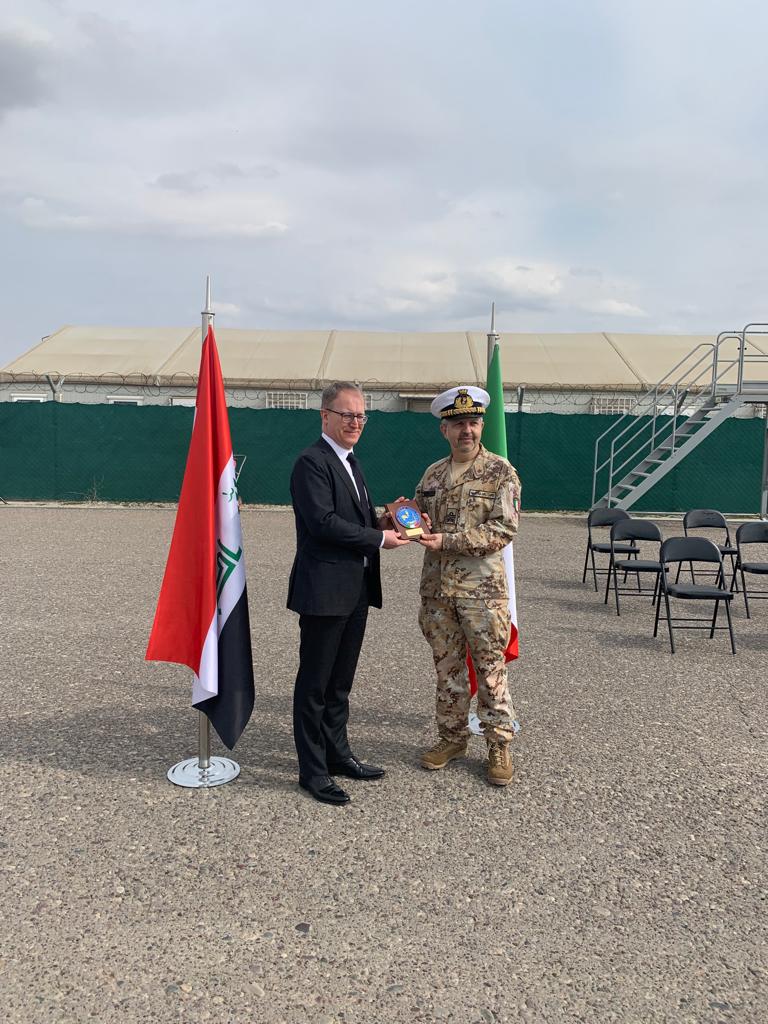 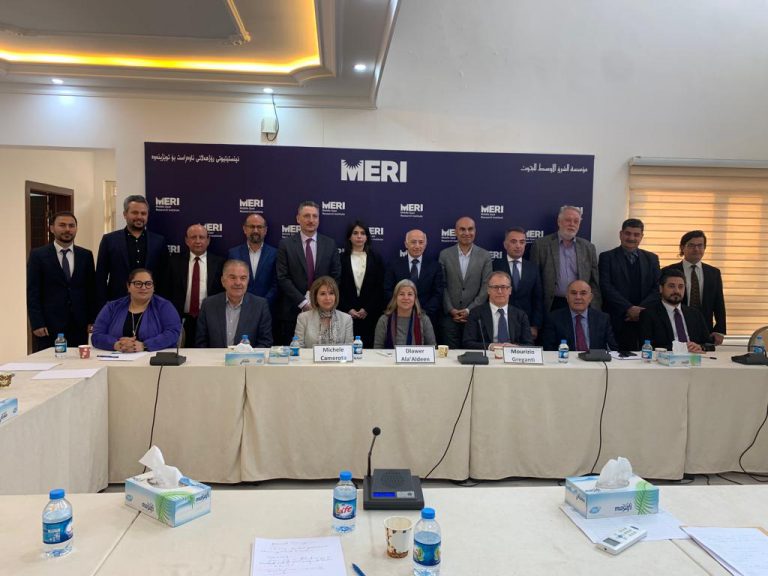 The Deputy Prime Minister and Minister of Foreign Affairs and International Cooperation, Antonio Tajani, is...

Mission of the Deputy Prime Minister and Minister of Foreign Affairs and International Cooperation, Antonio Tajani, to Ankara (13 January 2023)

The Deputy Prime Minister and Minister of Foreign Affairs and International Cooperation, Antonio Tajani, will...

Lebanon. Humanitarian transport by the Italian Cooperation Service to support the response by the authorities aimed at limiting the recent cholera epidemic

A humanitarian flight from the Italian Cooperation Service landed today in Beirut having left the...

Second edition of the Mediterranean Ministerial Dialogue on the food crisis

On the sidelines of the Rome MED – Mediterranean Dialogues Conference, Deputy Prime Minister and...

Ambassador Pasquale Ferrara, Director General for Political Affairs and Security at the Ministry of Foreign...

Joint Statement by the Spokespersons of the Foreign Ministries of Belgium, Denmark, France, Germany, Ireland, Italy, the Netherlands, Spain and Sweden on Palestinian Civil Society Organisations