A diplomatic mission to South America with the economy at the fore, along with other issues

“The targeting of innocent civilians in indiscriminate acts of violence is unacceptable and never justified,” said Minister Angelino Alfano on Monday morning, in his capacity as Chairperson-in-office of the OSCE, together with the Secretary General of the Organisation, Thomas Greninger. This follows the terrorist attack in Dagestan in the Russian Federation where five women were killed in an Orthodox Church. “I condemn in the strongest possible terms these attacks on innocent people in a place of worship as an attempt to instil fear in our societies and sow the seeds of division between communities,” added Alfano.

The minister then met the U.S. Deputy Secretary of State, John Sullivan at the Farnesina, where they discussed European and global security challenges and confirmed the strong bonds of friendship between the United States and Italy.  They also spoke about Ukraine, the Mediterranean, Libya, Sahel and migration issues. 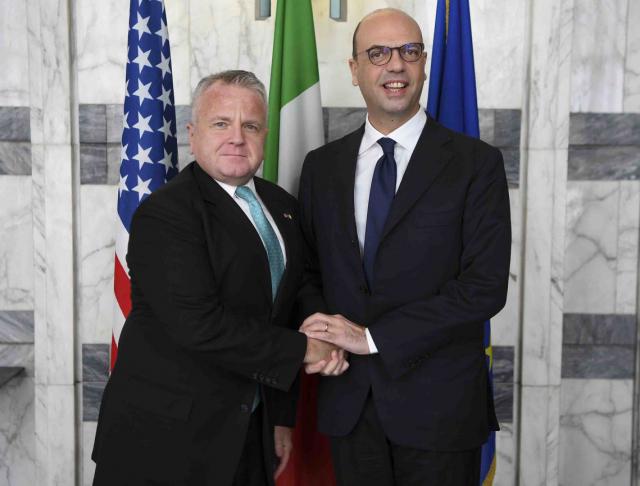 After finishing up his commitments in Rome, Alfano left on a diplomatic mission to South America. On Tuesday, he began a series of meetings in Bogotá dealing with bilateral relations, Italian support in the post-conflict stage, and the crisis in neighbouring Venezuela where, according to the Minister, “104,000 Italians live”. Alfano reiterated Italian support for the peace process in Colombia, which lays the groundwork for future development of the country. He informed the President, Juan Manuel Santos, that our business people “wish to explore the new opportunities offered by peace”.  Colombia has become more attractive to Italian companies with groups like ENEL, Salini, Ferrero and ANAS having a well-established presence in the country.

Alfano also signed a memorandum with the Minister of Energy, German Arce Zapata, to “help promote sustainable, responsible development of natural resources and encourage bilateral investments in renewable energy sources”. He also had “very positive talks” with the Minister for Agriculture, Juan Guillermo Zuluaga.  The Minister congratulated his counterpart, Maria Angela Holguin, for “the efforts that the Colombian government is making to assist” persons fleeing Venezuela, and reaffirmed that “economic diplomacy is our first priority” when he met with Italian business people. 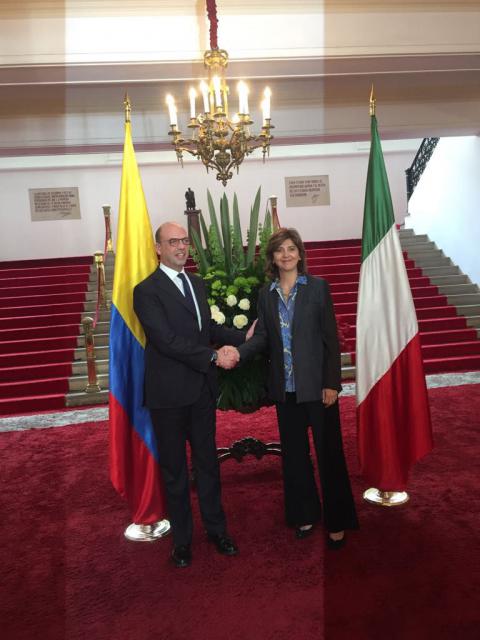 On Wednesday, he then left for Sao Paolo, his first stop in Brazil. However, before starting his meetings, the Minister expressed his thoughts on the victims of the war in Syria. “We thought we had seen everything in the Syrian crisis: massacres, chemical weapons and serious violations of human rights. But the terrible news from eastern Ghouta on the outskirts of Damascus, where the attack by the Syrian regime is barbarically murdering numerous civilians, women and children, shows that a tragic new low has been reached in Syria. I would like to add my voice to the UN appeal for an immediate ceasefire, to end the siege, and to reopen a humanitarian corridor to ensure full access to aid, especially food and medicine”.  He added “the Damascus regime is responsible for this brutal violence. I would urgently call on the international and regional players involved, especially the Astana troika countries (Russia, Iran and Turkey), to put a stop to this tragedy”. 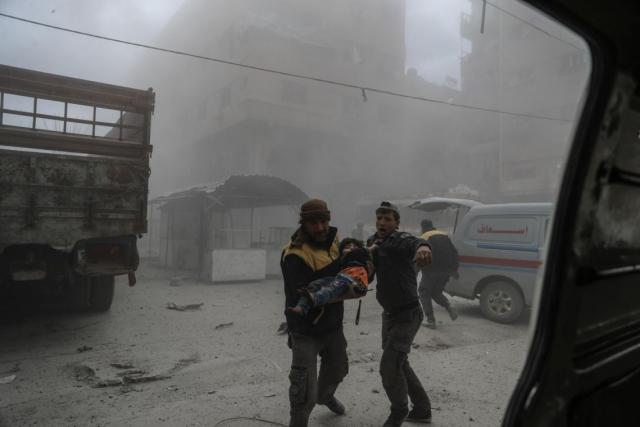 Alfano met the former President, Fernando Henrique Cardoso, and the mayor of São Paulo, Joao Doria, and said that “the historic Italian presence in this economic capital of Brazil is a solid foundation from which to relaunch bilateral relations. The main areas of interest are energy, infrastructure, agricultural SMEs, design and economics”. 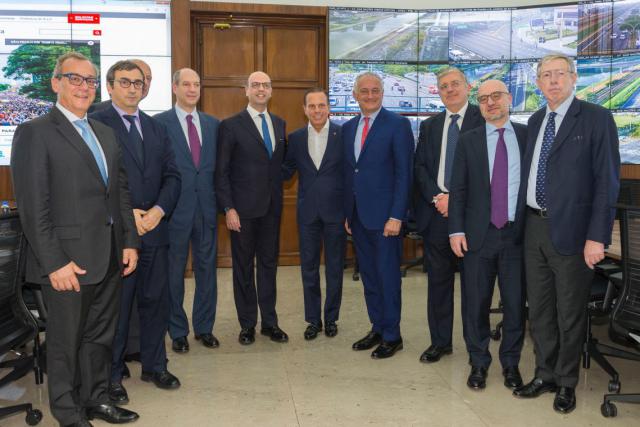 He touched on many topics with his counterpart, Aloysio Nunes, on Thursday in Brasilia, starting with the Battisti case: “We would like to thank the Brazilian government for the positive role played in a favourable decision in the Battisti case,” said Alfano. “With utmost regard for judicial independence, we hope that the positive atmosphere between our countries will help resolve the issue, which is still deeply felt in Italy”. Once again, the Minister raised the issue of Venezuela, which is “regarded with great alarm” by the Italian government. Both he and Nunes agreed that “inclusive political dialogue” was necessary to find a solution.

The talks also focused on the economy, where Alfano noted that “Italy is the eighth biggest foreign investor in the country”. Staying with economic matters, the Minister and President Temer “talked in detail about the various articulations of our strategic partnership in politics and the economy”. He mentioned the negotiations between the EU and Mercosur and said that “we are committed to working together” to ensure their success. 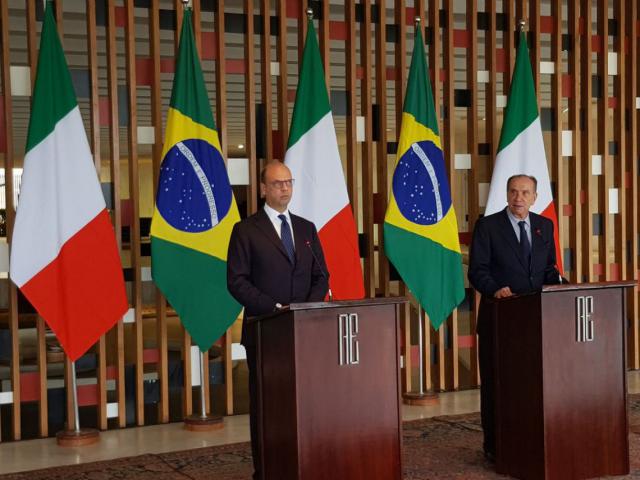 On Friday he left for Belo Horizonte where he visited the Fundacao Torino school and opened the Italian consulate before leaving for Rio de Janeiro, where he met with top management of leading Italian companies. He returned to Italy over the weekend.