During his visit to Baghdad today, Italy’s Under-Secretary of State for Foreign Affairs Vincenzo Amendola met Iraqi President Fuad Masum and Iraqi Foreign Minister Ibrahim al-Jaafari. Later in the day he is expected to meet with Parliamentary Speaker Salim al Jubouri. During the talks Under-Secretary Amendola reiterated Italy’s commitment to supporting security and development in Iraq. Mr Masum and Mr al-Jaafari expressed their gratitude for Italy’s fundamental contribution to the fight against Daesh and to fostering stability in the country and protecting its cultural heritage.

During the inauguration ceremony for the new Italo-Iraqi Cultural Institute of archaeology and for the restoration of monuments, Mr Amendola said the exemplary work done by Italian experts and archaeologists in Iraq fittingly testifies to Italy’s role as a cultural superpower committed to enhancing and promoting the heritage of great universal civilizations.

The ceremony was also attended by Qais Rasheed, Iraq’s Deputy Minister for Antiquities.
The Institute – managed by the Centre for archaeological research and excavations in Turin (CRAST) and funded by the Ministry of Foreign Affairs and International Cooperation – is a new hub that can organise training courses for Iraqi officials and various cultural initiatives. It will act as a multi-functional centre for the organisation of research projects, cultural activities and training courses. Hence, it will be a facility not only for the activities promoted and managed by CRAST but also for initiatives carried out by other Italian universities as well as by authorities and organisations working in the field of archaeological and cultural cooperation. The Institute has satellite feeds regarding some archaeological sites in the area of ​​Mosul contrasting the situation before the advent of Daesh with the level of damage caused after the area was occupied by the forces of the so-called caliphate. These surveys will be instrumental in planning the procedures for restoring/recovering destroyed or damaged sites.

Mr Amendola then visited the Baghdad National Museum, reopened thanks to Italy and to the hard work of the Italian Cooperation. The Iraqi Authorities again highlighted Italy’s prominent and fundamental role in the exacting and detailed endeavour that led to the discovery and restoration of numerous valuable artifacts stolen from the Museum in the 2003 looting and prompted the reclamation and historiographical re-arrangement of some of the most beautiful halls of the Museum. 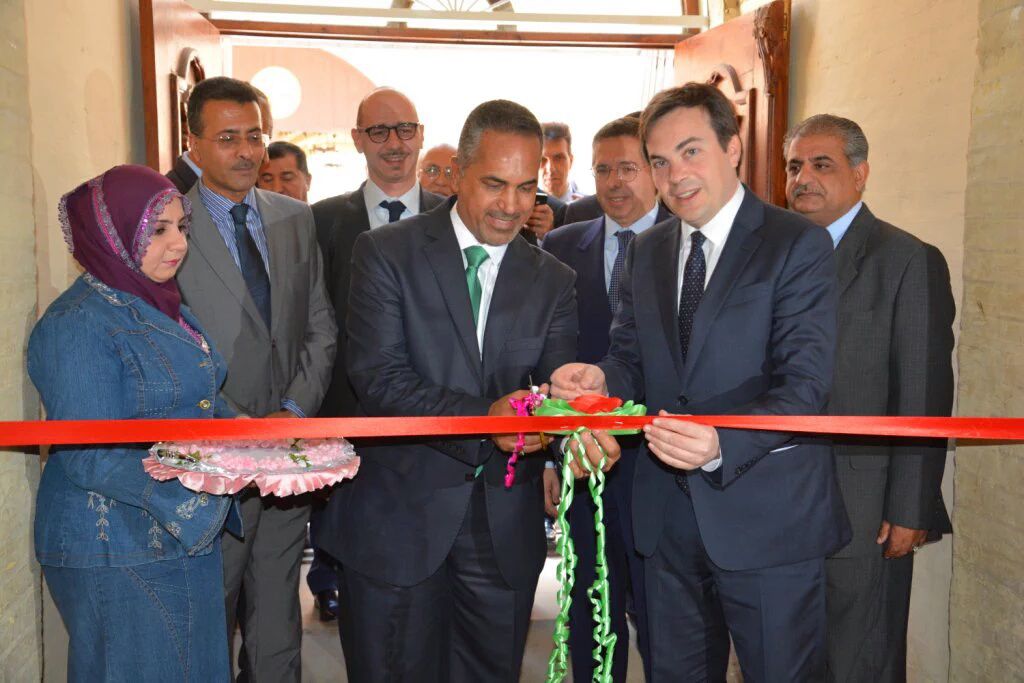 Embassy of Italy in Baghdad

On the second day of his visit to Baghdad, Undersecretary Amendola visited the Carabinieri task...