During a meeting today at the Farnesina with Bill Gates, the President of the Bill and Melinda Gates Foundation, Undersecretary of State for Foreign Affairs and International Cooperation, Senator Benedetto Della Vedova, confirmed Italy’s commitment to international development cooperation.

Undersecretary Della Vedova highlighted the need to implement the Sustainable Development Goals and recalled Italy’s commitment, announced yesterday to Bill Gates by Prime Minister Matteo Renzi in a meeting at Ciampino Airport, to contribute 130 million euros to the Global Fund to fight HIV/AIDS, tuberculosis, and malaria for the 2017-2019 period, 30 million more than in the previous three-year period (2014-2016).

Italy was among the initiators of the Global Fund, to which it has contributed over 1 billion euros from its inception in 2002 to date. Up to now, the Global Fund’s action against the three pandemics has made it possible to save more than 17 million human lives.

“The Global Fund’s success in overcoming the challenge with the support of donors – Mr Della Vedova told Mr Gates – can be a driver towards the achievement of many more goals like guaranteeing global health, starting with the defeat of pandemics of diseases like AIDS, tuberculosis and malaria, and can constitute an essential tool in overcoming poverty and hunger and in contributing to build a stabler and safer world.” 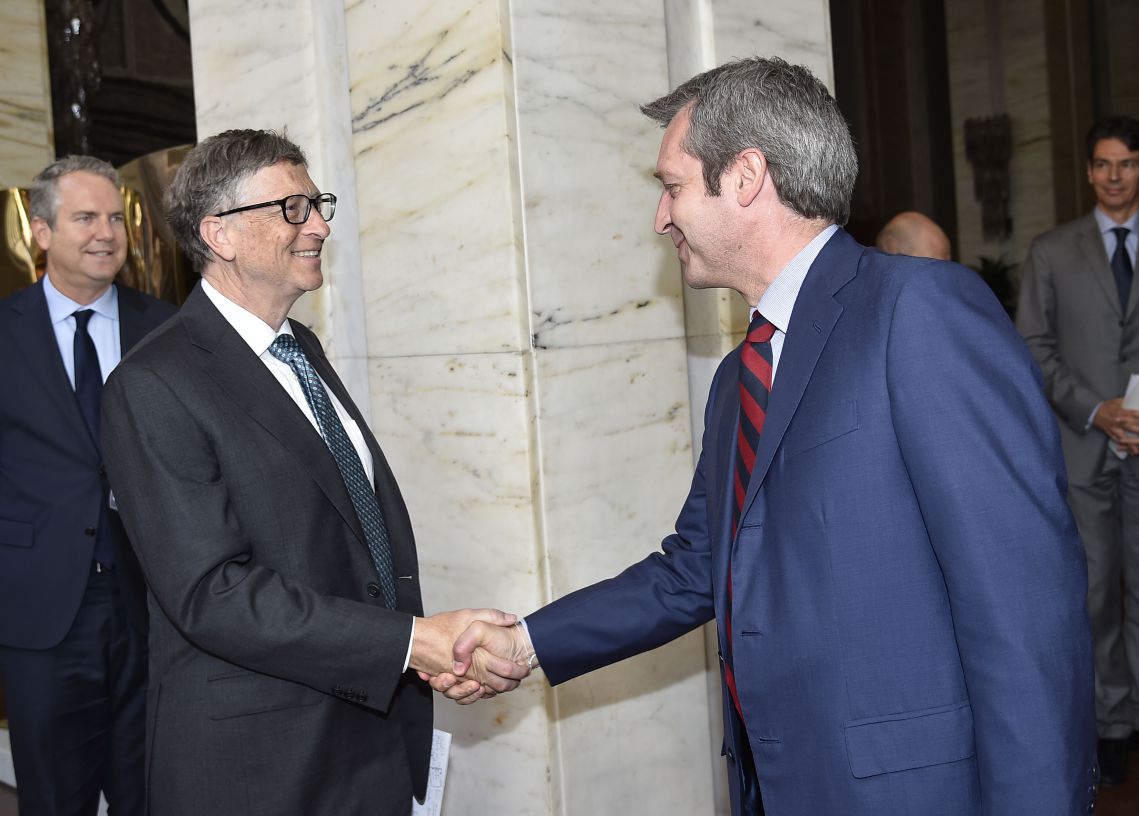 New momentum to Italian Cooperation projects in Pakistan The visit of Italy's Undersecretary of Foreign...

The Ministry of Foreign Affairs today hosted the annual meeting of the National Mine Action...

Climate: Della Vedova in Ankara for UN Conference on Desertification

Under-Secretary for Foreign Affairs Benedetto Della Vedova will be in Ankara today and tomorrow to...