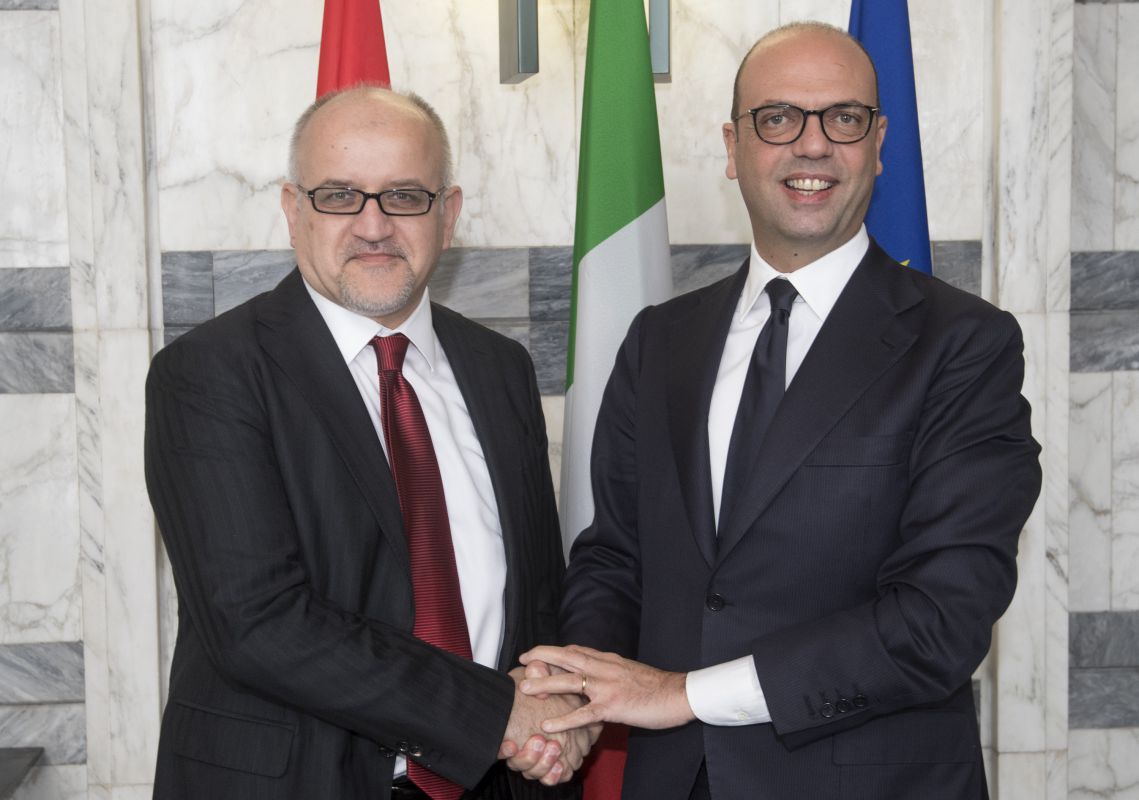 The Meeting was held a few weeks after the positive conclusion of the Italian Parliamentary ratification process of the Protocol for the Accession of Montenegro to NATO.

“The process was particularly expeditious, which is a sign of strong and shared political will,” Minister Alfano told his colleague, underlining that “Italy unrelentingly and resolutely supports Montenegro’s Euro-Atlantic aspirations.”

Focusing on European issues, Minister Alfano recalled how Italy very favourably welcomed the opening of two new negotiation chapters in December, and expressed his appreciation for Podgorica’s continuing committment to advance along the path leading to Europe.

The Meeting also represented an opportunity to focus on the state of the art of the Summit of the Western Balkans Process, which is to take place under the Italian Chairmanship in Trieste on July 12.

Minister Alfano recalled that “the region’s stability is crucial for stability across Europe”.

“In Trieste, Italy’s principal objective will be to assure value added to the Process, by starting off new projects, especially in the sectors of interconnectivity and governance,” underlined Minister Alfano.

Lastly, the two ministers made an overview of the themes more closely pertinent to the bilateral agenda, the challenges of migration and the fight against radicalism. “The relations between Italy and Montenegro will undoubtedly find new common ground to explore at political and economic level as well as between their civil societies,” said Minister Alfano at the end of the talks.

Luigi Di Maio, the Minister of Foreign Affairs and International Cooperation, has chaired the first...

“In wishing you a Happy St. Patrick’s Day, allow me to express my deepest-felt gratitude...

Alfano: meeting with the Foreign Affairs Minister of Montenegro, Darmanovic

The Minister of Foreign Affairs and International Cooperation, Angelino Alfano, today at the Farmesina met with the Minister of...

OSCE: Minister Alfano illustrates to Secretary General Zannier the priority issues of the Italian Chairmanship in 2018

“For Italy the OSCE is a privileged forum of dialogue and cooperation to safeguard with...