As part of the numerous initiatives of the Italian Chairmanship of the Organization for Security and Co-operation in Europe (OSCE), an event was held in Udine today to celebrate the tenth anniversary of the Bozen Recommendations on National Minorities in Inter-State Relations.

The Conference was organised by the OSCE High Commissioner on National Minorities, Ambassador Lamberto Zannier, with the support of the Ministry of Foreign Affairs and International Cooperation (MAECI), the Region of Friuli Venezia Giulia, the Municipality and University of Udine and the Mitteleuropa Cultural Association.

In addition to High Commissioner Lamberto Zannier’s official greetings, the opening session also included a welcome by the Governor of the Region of Friuli Venezia Giulia and the Mayor of Udine, and by former Slovenian President, Danilo Türk.  Ambassador Vinicio Mati, Coordinator of the Italian OSCE Chairmanship, said that protecting national minorities is a priority issue for the Organisation as it forms part of its inclusive approach to security and conflict prevention. He said: “The motto of the Italian Chairmanship – Dialogue, Ownership and Responsibility – fits perfectly to inter-state relations on national minorities. Italy attributes great importance to the role of the High Commissioner on national minorities and to the practical instruments developed by his office ever since it was created in 1992. The Bozen Recommendations are therefore an essential tool in assuring good neighbour relations and are extremely topical in mitigating possible tensions arising from minorities, both inside and outside national borders.” 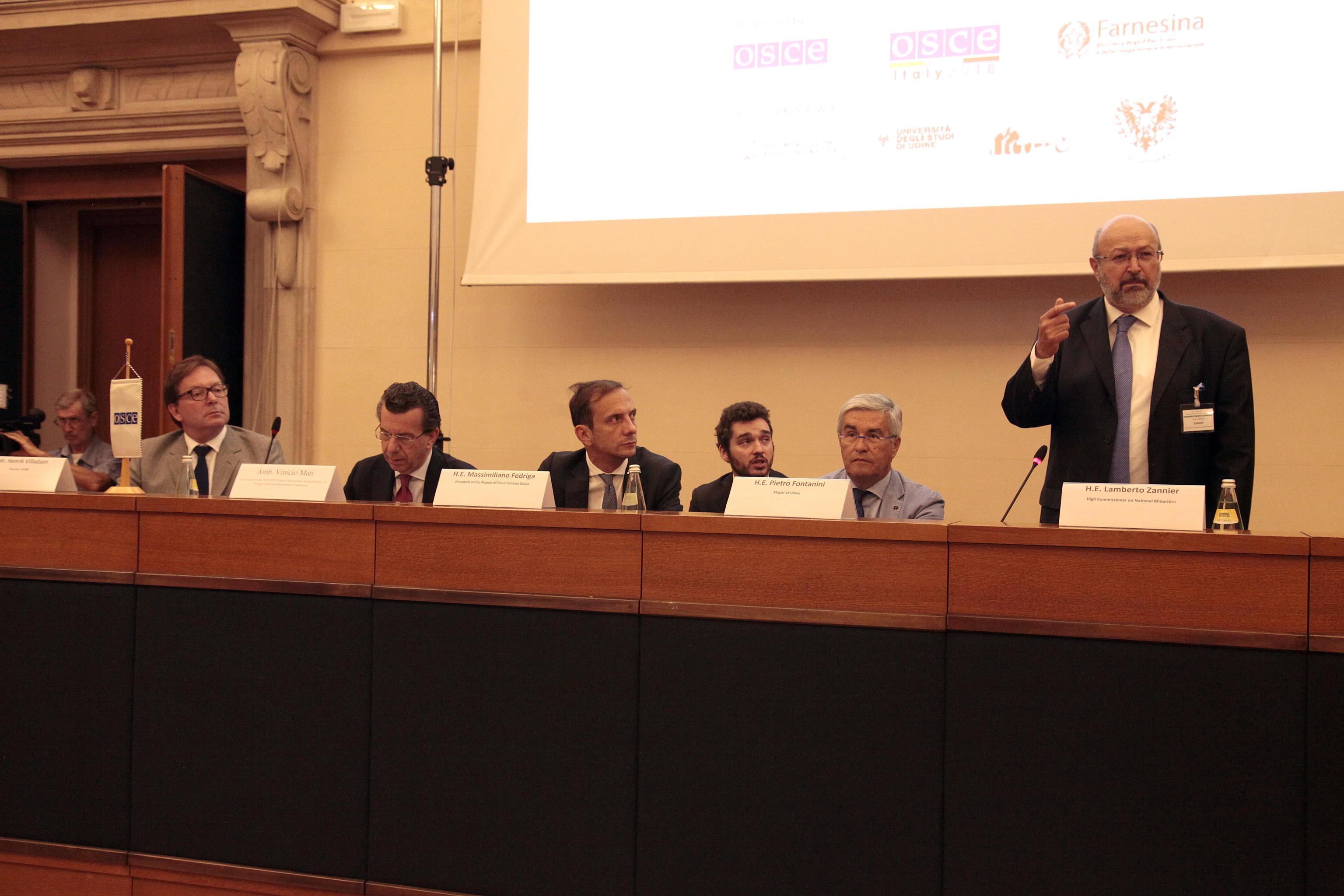 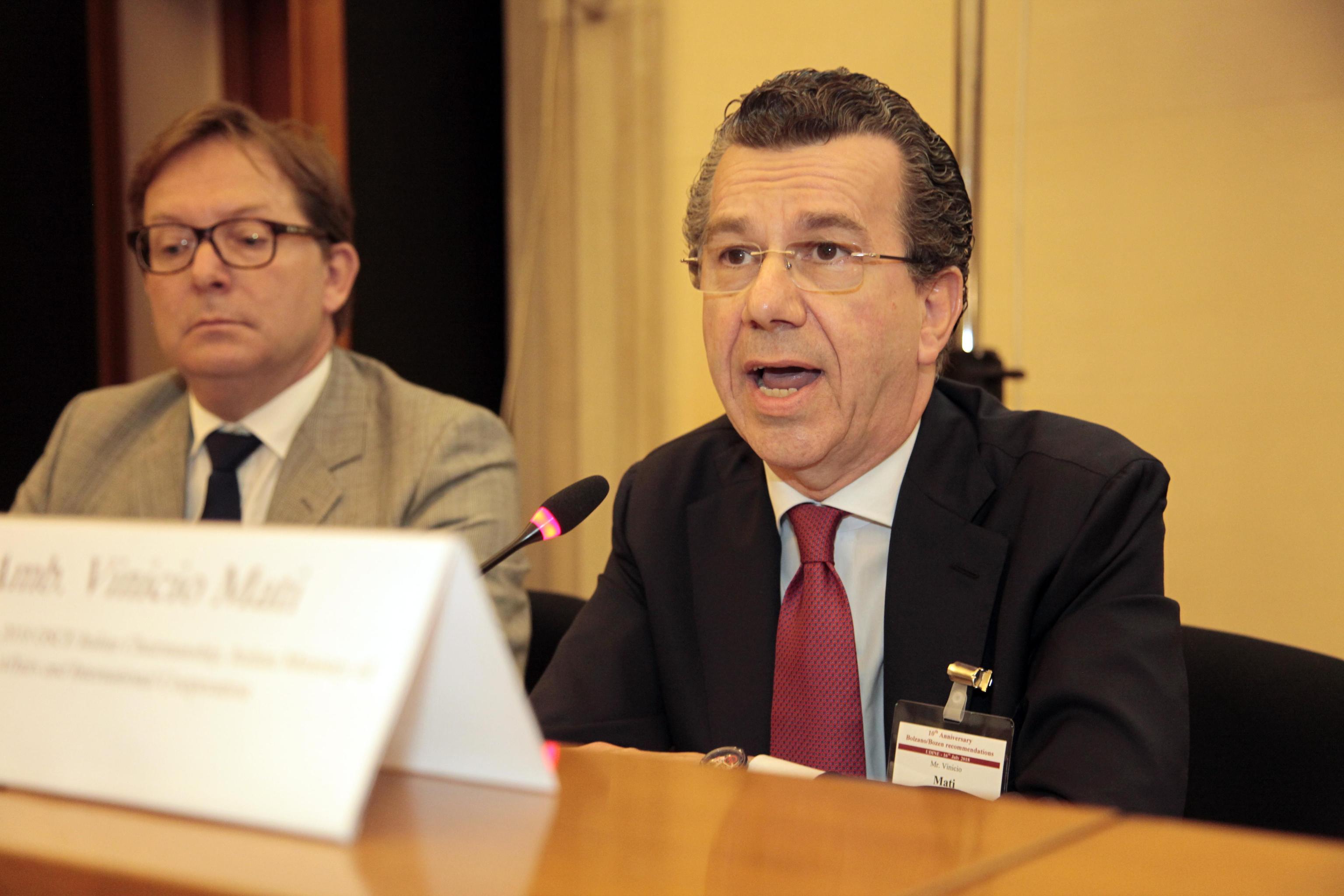 The Organization for Security and Cooperation in Europe (OSCE) is working with Italy and Greece...

We welcome the endorsement made by the Implementation and Monitoring Council (IMC) on Special Protective...

Italy warmly welcomes the news of the appointment of the Italian diplomat Vincenzo Del Monaco...

We express concern over reports of serious clashes along the line of contact between the...

Sereni at the OSCE: the Mediterranean offers challenges and opportunities

The Mediterranean dimension of security presents both challenges and opportunities; faced with this scenario, we...

Sereni at the OSCE: the Mediterranean offers challenges and opportunities

The Mediterranean dimension of security presents both challenges and opportunities; faced with this scenario, we...