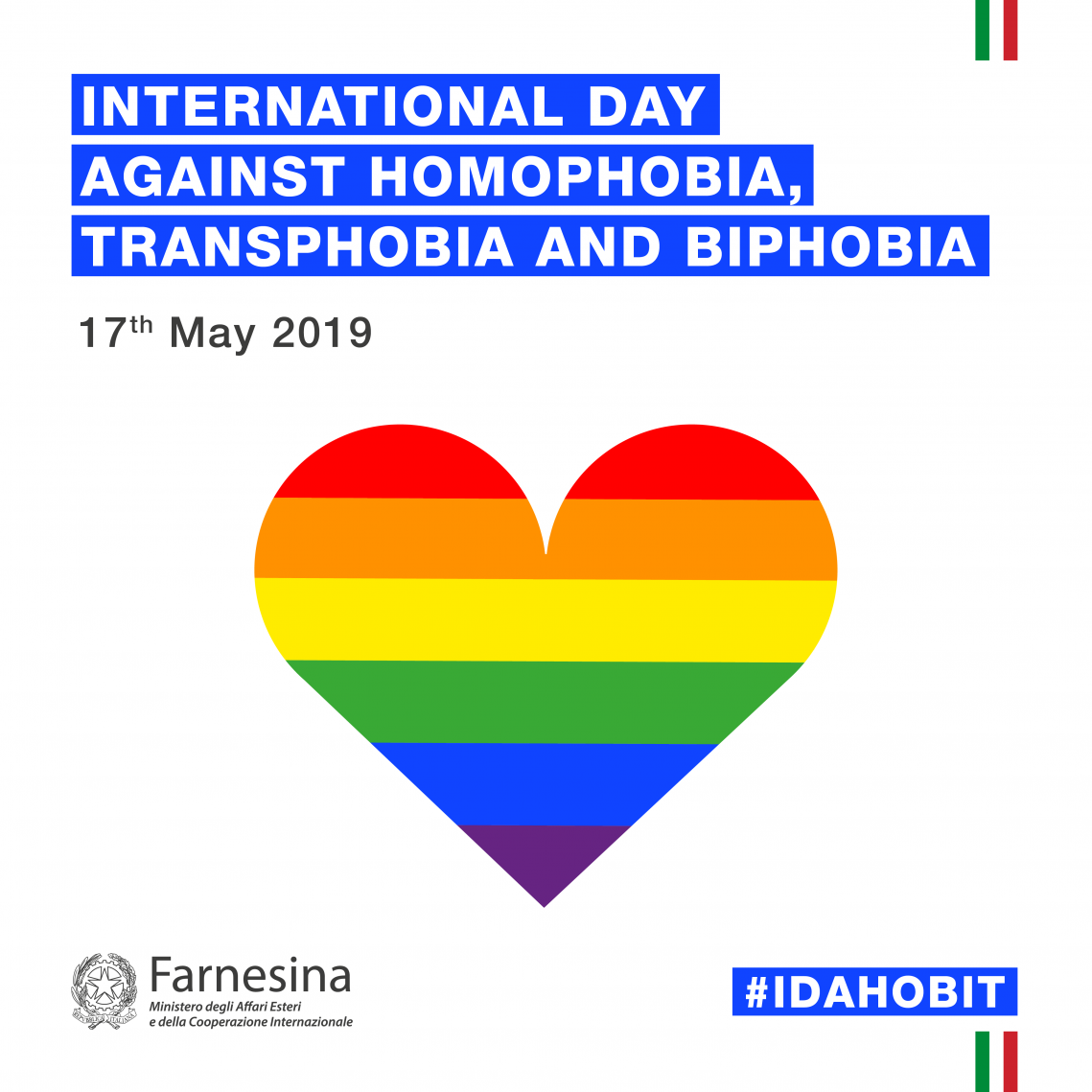 On the International Day against Homophobia, Transphobia and Biphobia, Italy reaffirms its commitment at international level to fight all forms of discrimination, including the one based on sexual orientation and gender identity. Despite the progress made in the last few years, LGBTI people continue to suffer acts of discrimination and violence in many parts of the world, and numerous legal orders criminalise consensual relations between adults of the same sex.

Our Country, together with other European Union member States, supports several international initiatives to protect and promote the rights of LGBTI people, focusing special attention on enhancing the role of civil society organizations and the human rights defenders engaged in this issue throughout the world. Italy participates in the LGBTI Core Group, uniting the Countries and organizations committed to fighting discrimination based on sexual orientation within the UN, and in the Equal Rights Coalition, a platform that promotes the exchange of information and good practices on the matter. Italy also contributes to the Global Equality Fund, an intergovernmental fund that finances projects to protect lesbian, gay, bisexual, transsexual and intersexual people.

Moreover, the commitment to promote and safeguard the principles of equality and dignity of all human beings is a priority of the mandate that Italy currently holds within the United Nations Human Rights Council. Italy puts forth specific recommendations on the respect of fundamental rights and freedoms of LGBTI people within the framework of the mechanisms to periodically monitor the situation of human rights in various Countries such as the Universal Periodic Review.

On the occasion of the International Human Rights Day, a Convention will be held on...

The Farnesina joins the celebrations on the Second International Day of Education, proclaimed by the...