“The International Commission against the Death Penalty (ICDP) plays a crucial role in the mobilization of governments and people for the abolition of the death penalty, a priority theme in Italy’s international action for the affirmation of human rights”. This what stated by the Vice Minister of Foreign Affairs Marina Sereni, speaking in a video conference on the tenth anniversary of the birth of the ICDP, an organization created on the initiative of Spain.

“That is why ten years ago – continued Sereni – Italy strongly supported the constitution of the Commission, and for this reason, we continue to promote its activities. We must support all efforts to create at a global level the cultural change and courage necessary to stop killing in the name of justice”.

“As a country, over the years – repeated the Vice Minister – we have actively contributed to various initiatives to raise public awareness on the application of the death penalty to vulnerable people, but also on the many other reasons that should push us to stop executions. We were the first, years ago, to present to the UN General Assembly a resolution for a universal moratorium on executions, a proposal that has been successful – also thanks to the involvement of civil society organizations – and that fills us with pride as we have gradually seen the ranks of those who think as us swell”.

“However, we cannot be satisfied with this. We have a great deal of work ahead of us, starting with support for the new resolution on the moratorium for the next United Nations General Assembly. It is essential to maintain the momentum and increase the already strong support obtained with the previous resolution. In all of this – concluded Sereni – the Commission is a fundamental partner for this campaign, for the successful outcome of which we will spare no effort, remaining focused on our final goal”. 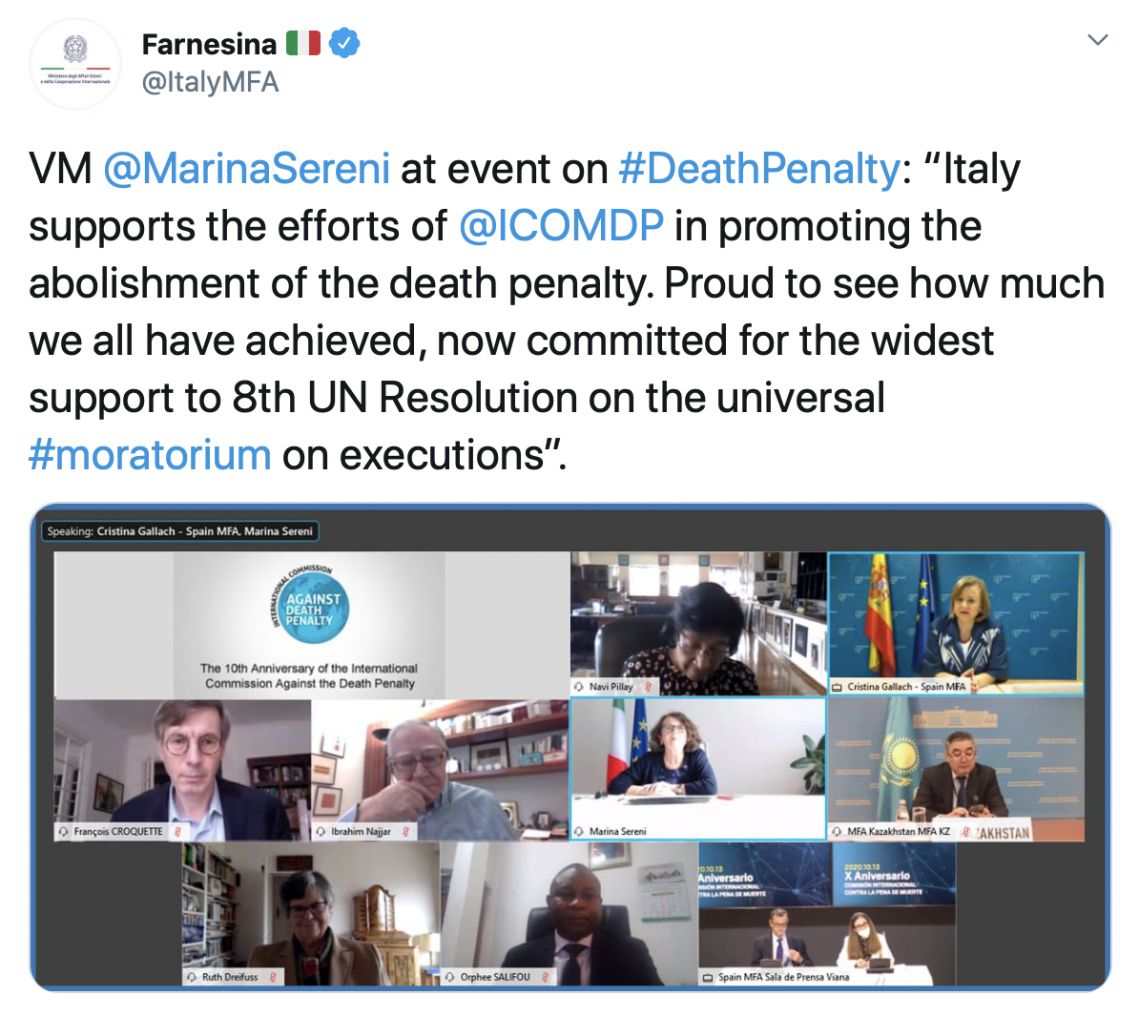 The Secretary General of the Italian Ministry of Foreign Affairs and International Cooperation, Ambassador Ettore...

Italy's commitment to eliminate the practice of Female Genital Mutilation

On the occasion of the International Day of Zero Tolerance for Female Genital Mutilation, Italy...

Tajani: «We are in favour of the new EU fund to compete with the USA» (La Verità)

Minister Tajani, the week begins with a new episode in the always complicated relations between...

Tajani: «The attack is on the institutions, but let us now close the case. The problems are others» (Corriere della Sera)

ROME - The latest alarm sign has just arrived from the Foreign Ministry: «After those...

Following the violent earthquake that struck Southern Turkey and Northern Syria at 4:17 a.m. this...