“The Mediterranean has always been a crossroads for different people and a cultural melting pot” said the Italian Vice Minister of Foreign Affairs, Marina Sereni, speaking by video conference at the 5th EU-Arab World Summit, promoted by the Delphi Economic Forum under the patronage of the Greek Government.

“Today, the Mediterranean region – Ms. Sereni explained – is plagued by regional crises and civil wars, from Libya to Syria, from the scourge of terrorism to migration and illegal trafficking, which create fault lines along which Europe and the Arab world meet and sometimes clash. Covid-19 has further exacerbated this situation. Nevertheless, the destiny of the region is to become a single political, economic and cultural ecosystem, in which we must be able to strengthen dialogue, defuse tensions and foster cooperation. In this sense, Italy is very concerned about recent developments in the Eastern Mediterranean. De-escalation, which is in everyone’s interest, remains our goal”.

“Migration policies – the Vice Minister continued – offer a common ground for cooperation. Discussing migration issues with the Countries most involved is of key importance to Italy. This is why we believe that the external dimension of European policy should be the pillar on which to build the entire system of the New Pact on migration and asylum”.

“The recent tragic events in Nice and Vienna – Ms. Sereni said – sadly remind us that terrorism is far from being defeated. Although defeated militarily, Daesh still represents the main threat, because it retains the ability to inspire attacks well beyond its heartland. Italy believes that security in the region must be based on an approach that takes due account of economic development, institution building, humanitarian aid and civil reconstruction. Threats such as terrorism and the exploitation of illegal migration flows are problems that affect all Countries, calling into question cultural identity and political and social cohesion. For this reason – the Vice Minister concluded – the Mediterranean must become our strategic priority”. 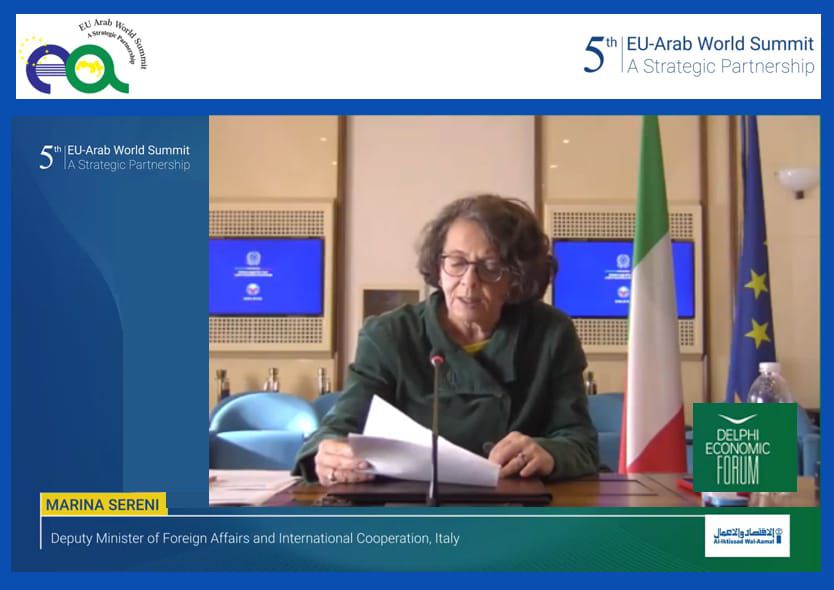