The Italian Cultural Institute of Belgrade kicks off this evening with Italia IN scena ON line, a series of performances by Italian authors in Serbian by director Gianluca Barbadori. The four scheduled shows will be streamed every Tuesday in July at 9 p.m. and available for the following 48 hours on the online channels of the IIC Belgrade (Facebook, Twitter, Instagram). At the end of the shows there will be a live online meeting with the actors and the director. The post-production of the video was made by Juan Camilo Arias.

This evening at 21.00 the show will be presented in the form of a monologue L’uomo dal fiore in bocca by Luigi Pirandello, with Molnar Zoltan. This will be followed by a dramatic reading by Pensaci, Giacomino, with Aleksandar “Meda” Jovanovic and Djordje Zivadinovic Grgur.

On July 14 at 21.00 the show Leonardo Da Vinci goes on stage. L’Opera nascosta by Michele Santeramo, with Maja Susa and Molnar Zoltan.

On July 21 at 21.00 there is the show Maratona di New York by Edoardo Erba, with a dramatic reading by Milos Timotijevic and Slaven Doslo.

On July 28 at 21.00 the show “Coppia aperta, quasi spalancata” by Franca Rame and Dario Fo, with Maja Susa and Aleksandar “Meda” Jovanovic.

The shows are directed by Gianluca Barbadori, professional actor and director with extensive international experience. As a director, from 1994 to today Barbadori has staged over 100 shows directing professional actors, young actors in training, theatre students, young people, and teenagers even in situations of marginality and difficulty in many countries. As a teacher he started his research and training activity in the 90s, realizing bilingual theatre workshops and intensive theatre courses in Italian, Portuguese, Spanish and English in different cities and festivals. 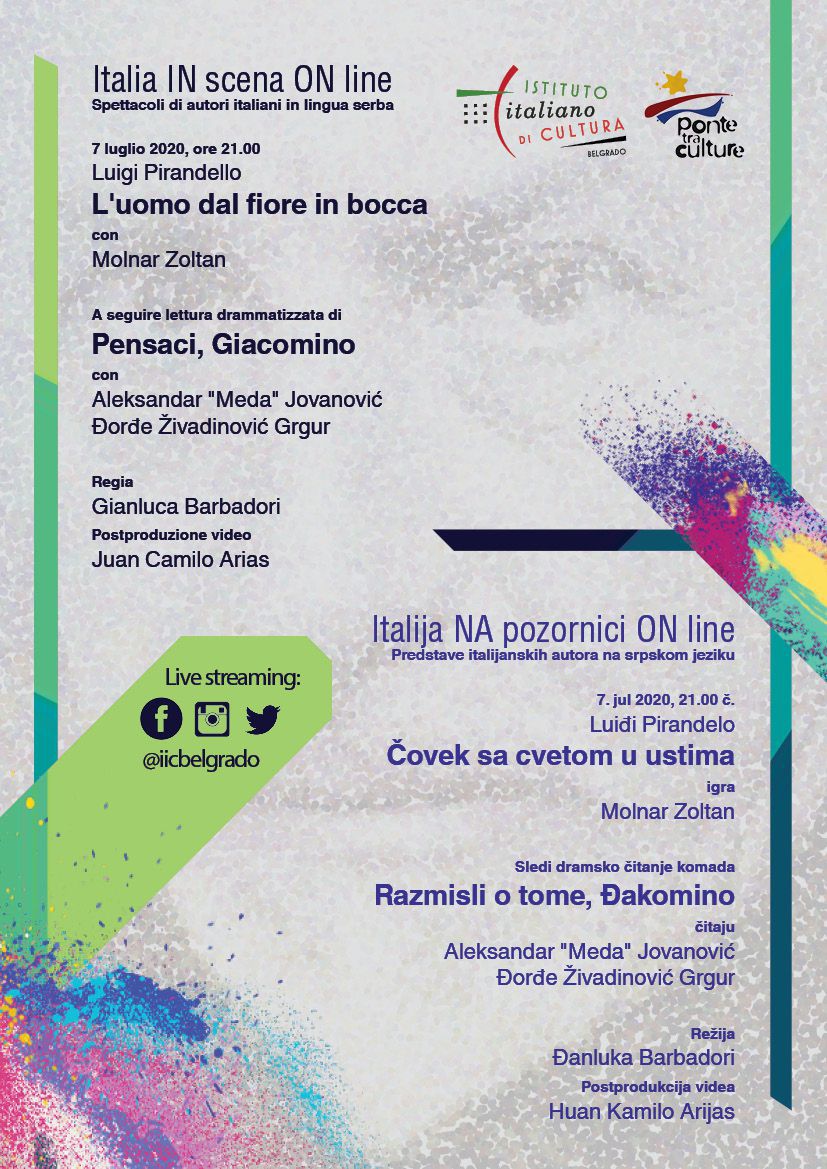 On the eleventh stop of its long journey around the world, the "Magister Raffaello" exhibition...

Yesterday evening, at the Embassy, Ambassador Armando Varricchio hosted a concert of the Theatre 'La Fenice'; the...