A comic strip to highlight the work of the Comites in the world and raise awareness among younger generations on the importance of participating in the vote scheduled for 3 December. This is the idea behind the cartoon “Il viaggio continua” (The journey continues), a project realised by the Comites of Brussels, Brabant, and Flanders with the Ministry of Foreign Affairs’ contribution presented by the Italian Embassy in Brussels.

The initiative takes place within the framework of the information campaign in view of the elections for the renewal of the Comites, the representative bodies of Italians abroad in relations with diplomatic-consular representations. “This initiative is also a demonstration of how important it is to work together and how the Comites play a vital role in promoting the interests of Italian Citizens abroad, the Italian language and culture and the Made in Italy,” commented the Italian Ambassador to Belgium, Francesco Genuardi. He recalled the deadline of 3 November to register to receive the electoral envelope and participate in the vote.

In a video message, the Director-General for Italian Citizens Abroad, Luigi Maria Vignali, welcomed the decision to use language such as the cartoon and hoped for the broadest possible participation in the 3 December elections. Among those present were the newly appointed Consul General in Charleroi, Pier Forlano, the President of the Brussels Comites, Raffaele Napolitano, and representatives of associations and communities in Belgium, where there are five Comites (Brussels, Genk, Charleroi, Liège, and Mons) out of a total of 106 Comites worldwide. 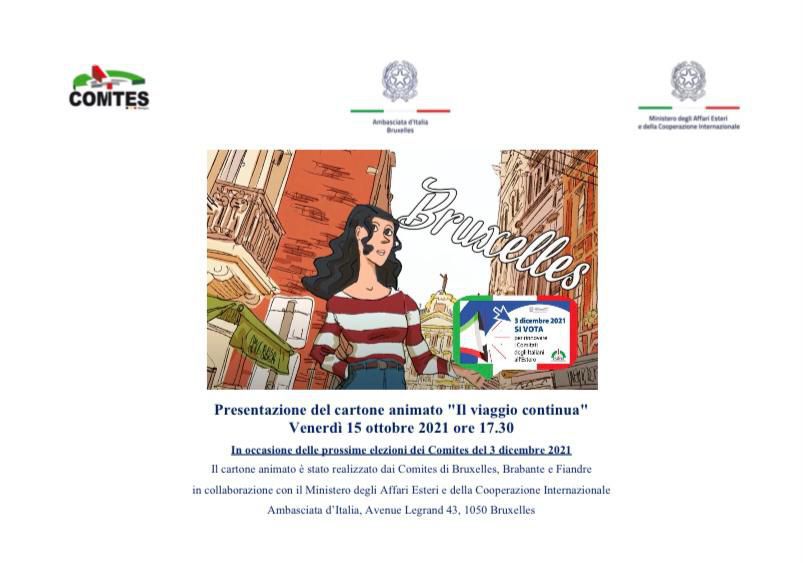 Minister Di Maio on an official visit to Prague

The Minister of Foreign Affairs and International Cooperation, Luigi Di Maio, is on a visit...

Ambassador Marrapodi on a mission to Istanbul

Over the last few days, within the framework of the talks in the first weeks...

Undersecretary Merlo in Manchester to reopen the Consulate

Undersecretary Ricardo Merlo went today to Manchester where he had meetings with local authorities and...

Brussels: a comic strip to tell the story of Italian emigration

A comic strip to tell children about a chapter of Italian immigration. ‘An Important Story....

The experimental phase for the issue of electronic ID cards to Italian citizens residing abroad...

The Hague: Italy organises an event on innovation

The Italian Ambassador to The Netherlands, Andrea Perugini, hosted the seminar "How innovation changes our...

At 10:30 a.m. on 20 September, the Italian Embassy in Vienna will host the presentation...