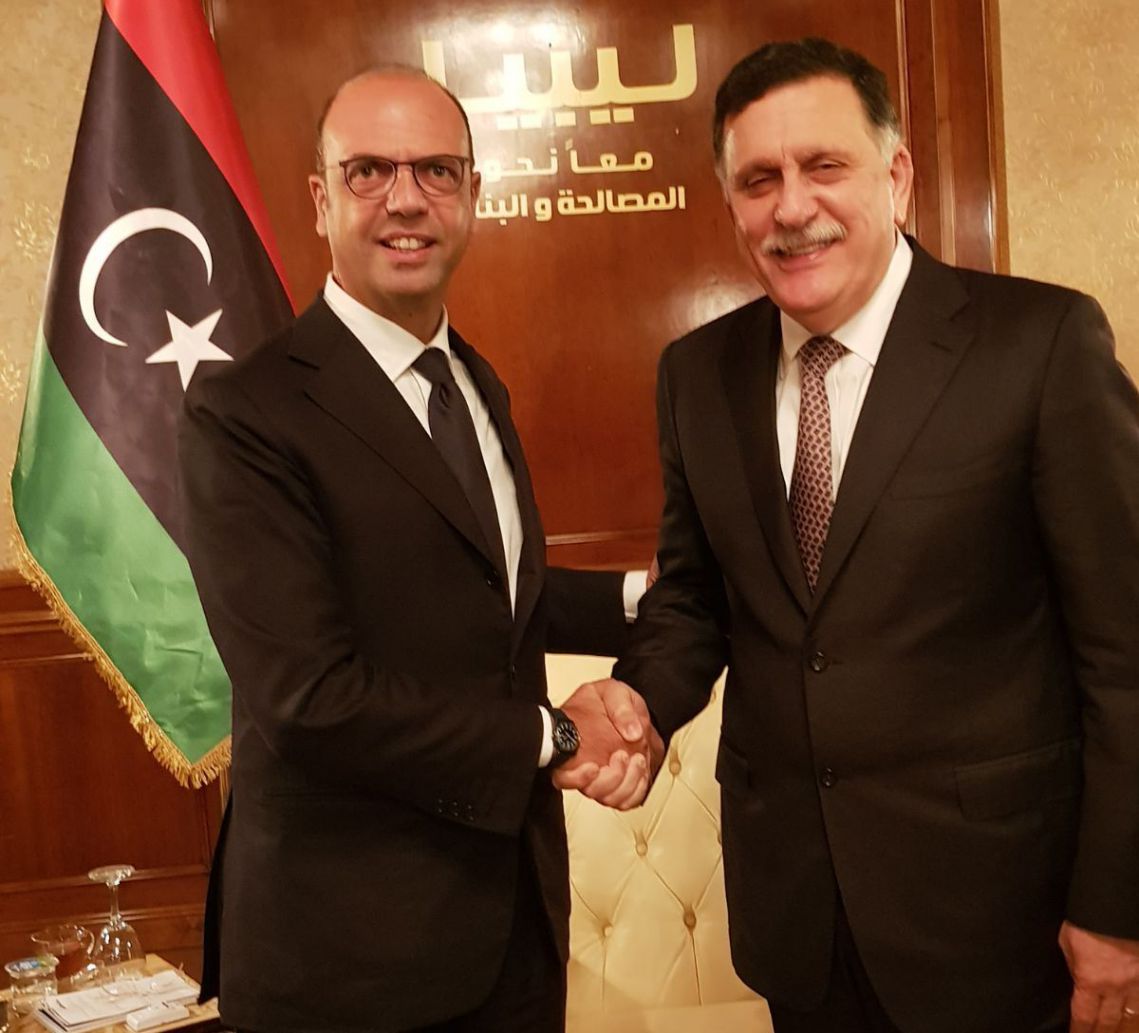 Alfano: “Total collaboration between Italy and Libya: focusing on growth” The Minister of Foreign Affairs and International Cooperation, Angelino Alfano, is currently on a mission to Tripoli. The visit began with talks between the Minister and the President of the Libyan Presidential Council, Fayez Al Serraj.
Minister Alfano is in Libya to reiterate Italy’s commitment to support the action of the Special U.N. Representative, Salamé, with a view to promoting dialogue between the Libyan stakeholders, focusing on the international consensus of the United Nations. “Italy does not foresee any military solutions to the Libyan crisis. On the contrary, the anniversary of the signing of the Skhirat Agreement two years ago represents an opportunity to renew the collective commitment to a shared solution,”said Mininster Alfano to President Serraj. “The welcoming the Italian government gave to General Haftar when he was in Rome last Tuesday is also a sign of the Italian commitment to a united Libya,” added the Minister.
Minister Alfano’s visit to Tripoli is taking place a few days after the SRSG Salamé’s presentation in New York of the Plan of Action, which seeks to reboot the political dialogue inside Libya. This comes after the recent meeting of the representatives of the various Libyan factions held in Tunis, which represented the first step towards a concrete path to political and presidential elections in the country. “Cooperation between Italy and Libya is positive, not only on the issue of the management of migration flows. It will, in fact, contribute to gradually reinstating complete security conditions that will lead to social and economic development and the growth of your country,” said Minister Alfano during talks with President Serraj. The mission seeks to focus on the the prospects of a bilateral partnership, with special attention paid to the sectors of security and the economy, highlighting in particular infrastructure and the civil aviation system.

The chief Italian diplomat said: “Daesh’s now imminent defeat must not induce us...

The Minister of Foreign Affairs and International Cooperation, Angelino Alfano, is in Tripoli on a...

Today the Minister of Foreign Affairs and International Cooperation, Angelino Alfano, is attending the Ministerial...

Minister Alfano on mission to Doha

The Minister of Foreign Affairs and International Cooperation, Angelino Alfano, travelled to Doha on Wednesday,...