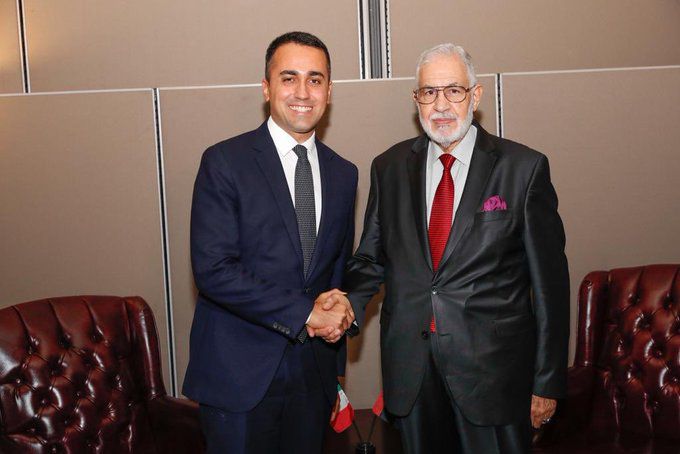 The Minister of Foreign Affairs and International Cooperation, Luigi Di Maio, had a meeting today in New York with the Libyan Foreign Minister, Mohammed Taher Siyala, on the sidelines of the 74th session of the United Nations General Assembly.

Minister Di Maio, while confirming Italy’s support to Libya’s Government of National Accord and to the efforts of the UNSG Special Representative Ghassam Salamè aimed at resuming the political process, reiterated to his counterpart that Italy is determined to promote an inclusive approach through dialogue with all Libyan actors and the Country’s regions, including Cyrenaica, Fezzan and Tripolitania.
Minister Di Maio, who will be co-chairing with the French Foreign Minister, Le Drian, the high-level meeting on Libya on Thursday, expressed Italy’s deep concern about the situation on the ground in light of escalating violence and an increasing number of attacks on civilian infrastructure.
“Italy has always maintained that there cannot be a military solution to the Libyan crisis. We repeatedly called for an immediate cessation of hostilities and for a dialogue between all Libyan parties to be resumed with an inclusive approach. The political process is the only possible way for Libya to reach a lasting and sustainable stability, which is first and foremost in the interest of the people of Libya and key to ensure stability and security across the Mediterranean region,” said the Minister during the meeting.