The Minister of Foreign Affairs and International  Cooperation, Angelino Alfano, met with the President of Palestine, Mahmoud Abbas, during his institutional visit to Rome.

During the cordial meeting, Minister Alfano underlined Italy’s firm commitment to contribute to the recomposition of the political conditions in order to reach a solution for the two States. Minister Alfano highlighted to President Abbas the position Italy holds with regard to the settlements and their international legality. He also underlined the importance that declarations of condemnation by the Palestinian leadership to any act of violence be accompanied by concrete actions and strategies to reject any further incitement.

“Italy, together with the international community, continues to support the framework of the two States as the only feasible solution to put an end to the conflict between Israel and Palestine,” said Minister Alfano. He underlined that “acts of violence and terror inflame the region and must be harshly condemned.”

Minister Alfano added that “throughout the years, Italy has demonstrated its support regarding the enhancement of Palestinian capabilities with an allocation of over 240 million euros from 2005 to date. Italy will continue this support with the aim of totally rehabilitating a just and durable peace, based on the solution of two States.”

President Abbas called on the international community “to strongly express its support for actions to facilitate the solution of the dispute between Israel and Palestine, hoping that the Paris Conference may provide a positive contribution.” 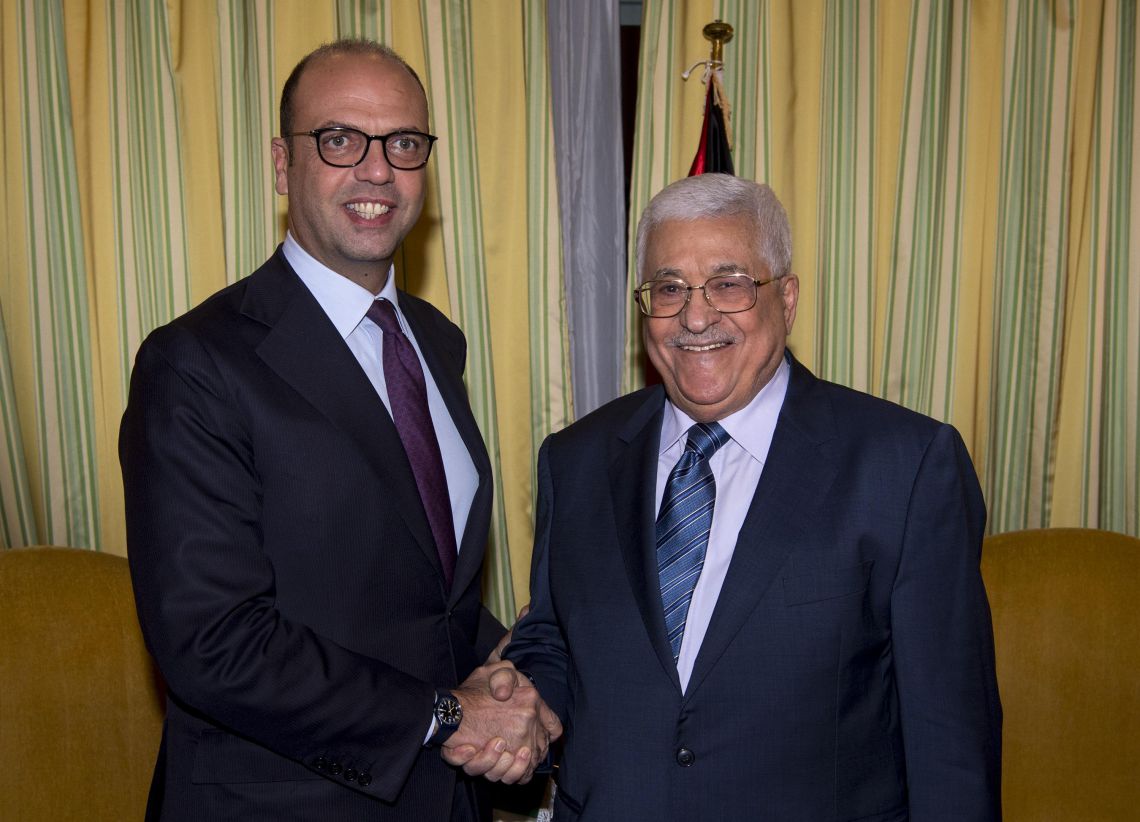