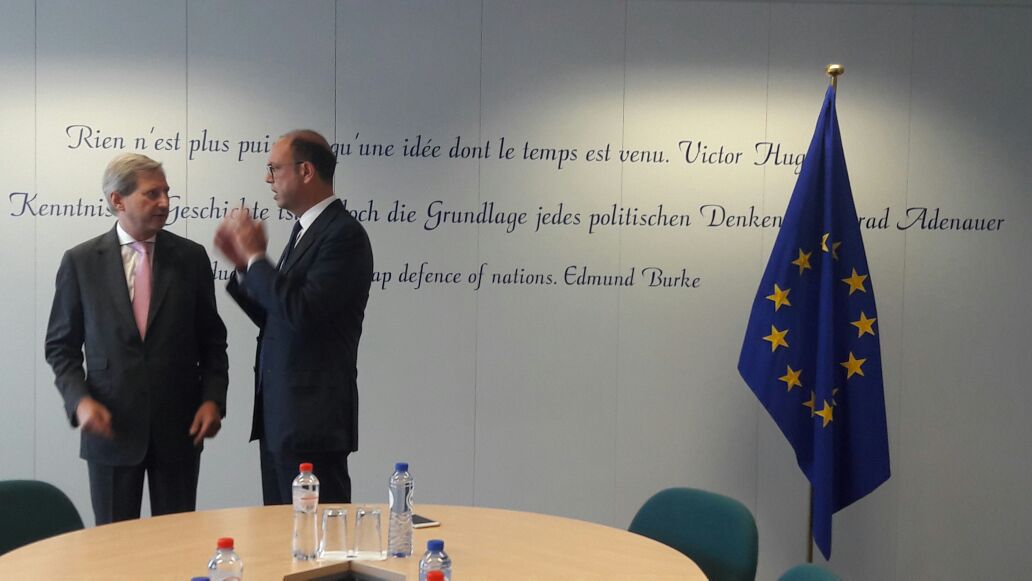 The Minister of Foreign Affairs and International Cooperation, Angelino Alfano, will be in Brussels today, 22 June, for institutional meetings.

At 10:30 a.m. he will have a meeting with the European Commissioner for European Neighbourhood Policy & Enlargement Negotiations, Johannes Hahn. The meeting, only a few weeks before the next Western Balkans Summit which will be taking place under the Italian Presidency, will mainly focus on the points on the agenda of the Trieste Summit and especially on projects aimed to facilitate an ever-closer integration of the European continent.

Later, at 2:30 p.m., Minister Alfano and his Austrian colleague Sebastian Kurz will meet for an exchange of opinions on the theme of cooperation within the Atlantic Alliance and bilateral issues.

Between meetings, from 11:30 a.m. to 3:00 p.m., Minister Alfano will attend the meeting of the European People’s Party (PPE) Group at the ’Académie Royale de Belgique.

Minister Alfano on visit to Bangkok

“The celebration of the 150th anniversary of diplomatic relations between Italy and Thailand marks a...