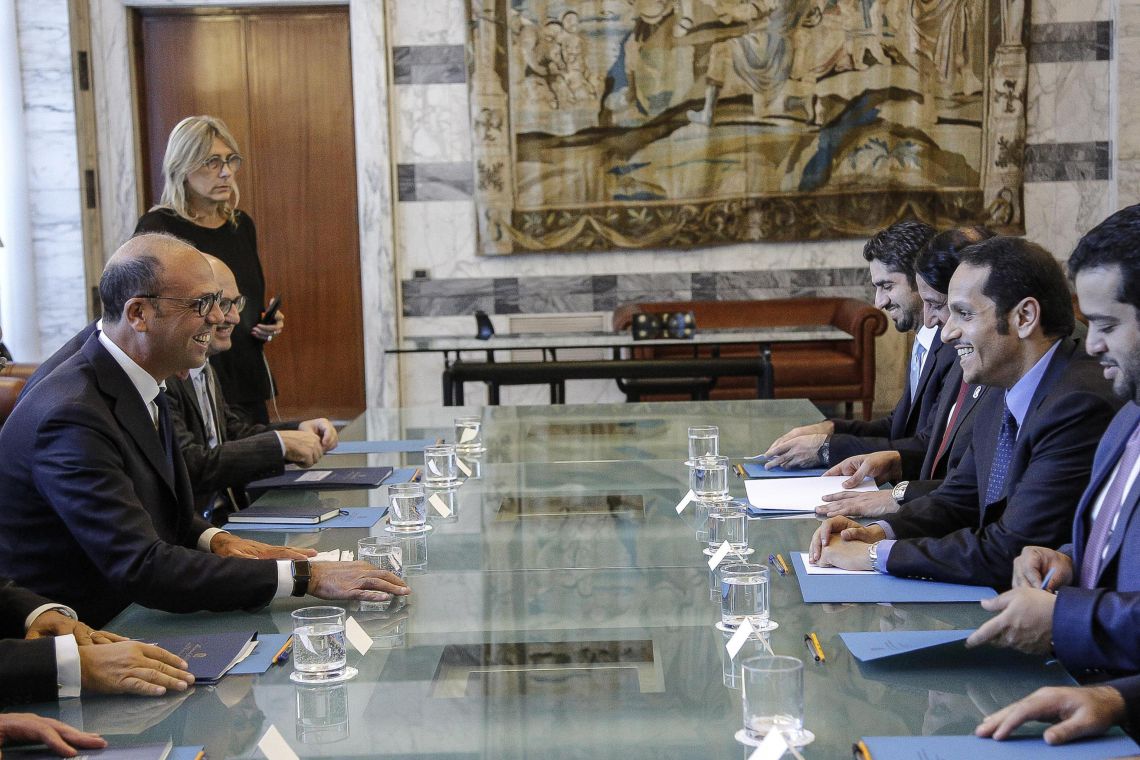 Minister Alfano made the following comment after meeting with the Qatari Foreign Minister:

Today, at the Farnesina, in Rome, I met my colleague, the Qatari Foreign Minister, Sheikh Mohammed Al-Thani, who was in Rome following a mission to Washington and New York. I expressed to him our full support for the mediation and de-escalation process.

The talks focused on the crisis in the Gulf area between Qatar and the other Gulf Cooperation Council (GCC) member countries. In this respect, I conveyed to my interlocutor our wishes for a swift de-escalation while confirming that Italy supports the mediation process started by Kuwait, that currently holds the presidency​ of the GCC.

The Italian government is following with concern and attention the evolution of the crisis and confirms  its determination to contribute to any initiative aiming, first of all, at resuming a dialogue between all the parties concerned and  easing tensions between them.

Italy keeps in contact with all the countries concerned and calls on each and every party to abstain from further actions that may exacerbate the situation.

I am very pleased about the excellent state of our bilateral relations, including Qatari investments in Italy and economic relations. I hope that Italian enterprises, especially those working in the infrastructure and energy sectors, will be able to further consolidate their presence in Qatar and in the entire area.