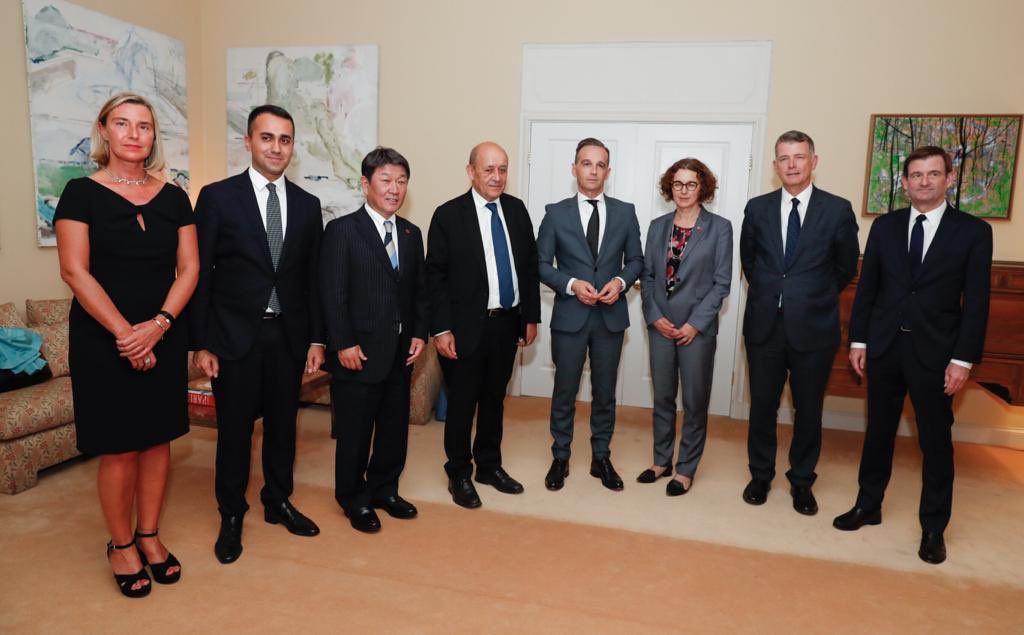 The Minister of Foreign Affairs and International Cooperation, Luigi Di Maio, attended the meeting of the G7 Foreign Ministers, on the sidelines of the United Nations General Assembly (UNGA), chaired by the French Foreign Affairs Minister, Jean-Yves Le Drian.

The discussion among the ministers focused on the most topical international issues.
In particular, regarding the Iranian issue, the Minister stressed the need to keep Iran constructively involved, with the aim of preventing it from obtaining nuclear weapons.
Italy is ready to support any diplomatic initiative that may reduce tensions and safeguard the nuclear agreement.
Regarding Libya, the Minister reiterated Italy’s position in favor of the Country’s unity, sovereignty and territorial integrity. Conditions for re-launching the political process need to be created, focusing attention on achieving a lasting ceasefire, accompanied by a monitoring mechanism and the implementation of confidence-building measures.